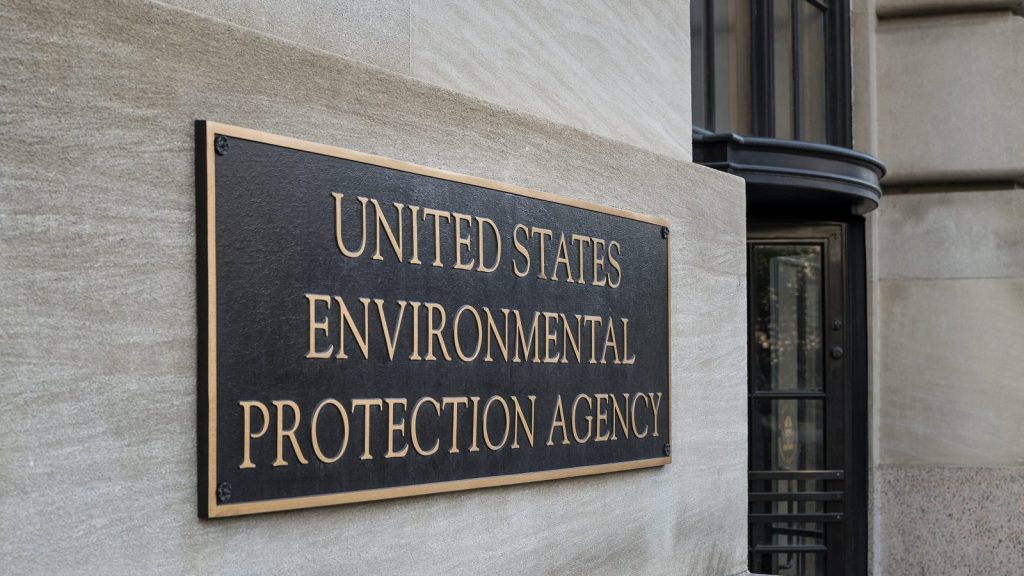 Andrew Wheeler, President Donald Trump’s nominee to be Environmental Protection Agency deputy administrator, appeared poised and polished at his Senate confirmation hearing in November. He couched his objections to widely accepted climate science in ambiguous legalese, and kept his cool when, at the same hearing, Kathleen Hartnett White, the president’s pick for the Council on Environmental Quality, flamed out, stammering over questions of basic science.

On Saturday, the White House announced plans to pull Hartnett White’s nomination amid waning Republican support. But on Wednesday, the Senate Environment and Public Works Committee voted 11 to 10 along party lines to advance Wheeler’s nomination, putting him one step from the EPA’s No. 2 job.

The restraint that steeled Wheeler’s nomination seems likely to clear the way for his confirmation. Unlike other Trump nominees whose outrageous opinions or lack of qualifications put them on the political fringe, Wheeler boasts both the Beltway aesthetic and the experience needed to become a powerful EPA operator. His confirmation, critics fear, will speed the Trump administration’s rollback of environmental and public health protections, and make a lasting, if quieter, impact.

“It’s very alarming and distressing,” Mary Anne Hitt, a campaign director at the Sierra Club, told HuffPost. “He is right up there with the list of the most extreme people that Trump has nominated for any agency.”

Wheeler, a coal lobbyist and former legislative aide to Oklahoma Republican Senator Jim Inhofe, is widely seen as having the relationships and finesse needed to avoid legal potholes while driving the EPA’s deregulatory agenda. He knows how to work the system from within, having spent four years working at the EPA’s Office of Pollution Prevention and Toxics under Presidents George H.W. Bush and Bill Clinton. He said the right things to woo critics at his confirmation hearing, calling EPA staffers “the most dedicated and hard-working employees in the federal government.”

“The mission of the EPA to protect human health and the environment is critical to our country and its citizens and something that I take very seriously and I know you do, too,” Wheeler said.

The EPA did not respond to HuffPost’s request to interview Wheeler, and directed questions about his nomination to the Senate committee. Faegre Baker Daniels, the law firm where Wheeler currently works, directed HuffPost to the EPA.

“Andrew will bring extraordinary credentials to EPA that will greatly assist the Agency as we work to implement our agenda,” EPA Administrator Scott Pruitt said when Wheeler was nominated in October. “He has spent his entire career working to improve environmental outcomes for Americans across the country and understands the importance of providing regularity and certainty for our country.”

Wheeler won approval from the Senate panel last year, but his nomination never came to the full chamber for a final confirmation vote. His nomination was returned to the committee as a matter of procedure when the new legislative session began last month.

If Wheeler has anything stacked against him, it could be a 2016 Facebook post he wrote calling Trump a “bully” who “hasn’t been that successful” in business and who “has more baggage then all the other Republican candidates combined.” The remarks, surfaced in October by The Washington Post, gained new relevance this month after reporters unearthed two 2016 radio interviews in which Pruitt called Trump a “bully” and an “empty vessel” on “the Constitution and rule of law.”

On Wednesday morning, The Intercept published a report detailing fundraisers Wheeler held for Senator John Barrasso, a Wyoming Republican, and Inhofe in May. The Sierra Club called on the Senate panel to delay the vote and open an investigation.

But that didn’t deter Republicans, who held the vote on schedule, even as many federal employees delayed morning activities by two hours because of snow.

“He’ll do a good job and I’m glad he’s going to be confirmed,” Inhofe said after Wednesday’s vote.

Wheeler is likely to be confirmed in the full Senate, where the GOP holds a narrow majority. No Republicans publicly oppose him, and Democrats senators Joe Manchin of West Virginia and Heidi Heitkamp of North Dakota — who generally vote with the GOP on fossil fuel issues — are likely to vote for Wheeler. Neither senator responded to requests for comment on Monday.

To boot, Democrats have already spent political capital to upend more egregious environmental nominations. Those include Hartnett White — who credited coal with abolishing slavery and suggested increased carbon dioxide emissions were good for the planet — and Michael Dourson, whose consultancy was described in 2014 by InsideClimate News as the “one-stop science shop” favored by the chemical and tobacco industries seeking affirmative research. Pruitt picked Dourson to lead the EPA’s chemical safety division, but withdrew the nomination in December after two Republican senators said they would not vote for him.

Democrats seem more at ease with Wheeler’s nomination. No Democrat raised concerns about Wheeler last week during Pruitt’s first Senate hearing since taking office, though no Democrat voted for Wheeler on Wednesday.

The choice of Wheeler is itself a naked gift to the coal industry, which has yielded outsized influence over the Trump White House. Wheeler lobbied on behalf of coal mining giant Murray Energy as recently as last year, disclosure filings show.

“This is the swamp,” Senator Jeff Merkley said at Wednesday’s hearing. “This does not serve the American people. And we should reject this nomination.”

The Federal Energy Regulatory Commission, in a break with the White House, rejected the bailout plan. Pruitt announced his repeal of the Clean Power Plan, a suite of rules to reduce emissions from power plants, in October. But the administration’s decision on the so-called endangerment finding is up in the air. Despite calls from ardent climate-change deniers to reopen the finding, overturning the conclusion would require disproving the science behind human-caused climate change in court — an extremely unlikely prospect. Pruitt said last week that he had not yet decided whether to challenge the finding.

In reality, the technical support document on the endangerment finding references more than 100 published scientific studies and cites peer-reviewed syntheses of climate research by the White House’s Global Change Research Program, the National Research Council of the U.S. National Academy of Sciences, and the U.N.’s IPCC.

But the criticism echoes Wheeler’s own suggestions. In March 2010, he accused the IPCC of blurring “the lines between science and advocacy” and functioning “more as a political body than a scientific body.” He suggested the EPA could “reconsider its endangerment finding without almost exclusively relying upon the IPCC,” according to remarks posted to his website.

“I believe that man has an impact on the climate, but what’s not completely understood is what the impact is,” Wheeler said at his confirmation hearing when aggressively questioned about the findings of the federal government’s latest climate report.

Wheeler’s Senate career gives pause to environmentalists, too. Inhofe, who serves on the Senate panel voting on his nomination, is one of the most ardent climate-change deniers in Congress. In 2015, the Oklahoma Republican brought a snowball to the Senate floor in a comically flamboyant attempt to prove climate change is a hoax. Inhofe is a close ally of Pruitt, who is said to be considering a bid for his seat when the 83-year-old senator retires. Pruitt’s ambitions raise the prospect that Wheeler could, as The New Republic pointed out, become the next EPA administrator.

“Andrew Wheeler’s nomination is very much in keeping with the Trump administration’s agenda of fossil fuel exploitation and climate inaction,” Michael Mann, a climatologist at Penn State University and coauthor of a book on climate change denialism, told HuffPost. “The environmental community’s celebration of the failed nomination of climate-change denier Kathleen Hartnett White to lead the White House Council on Environmental Quality may be short-lived.”