Container ships are getting cleaner, but the effort is adrift 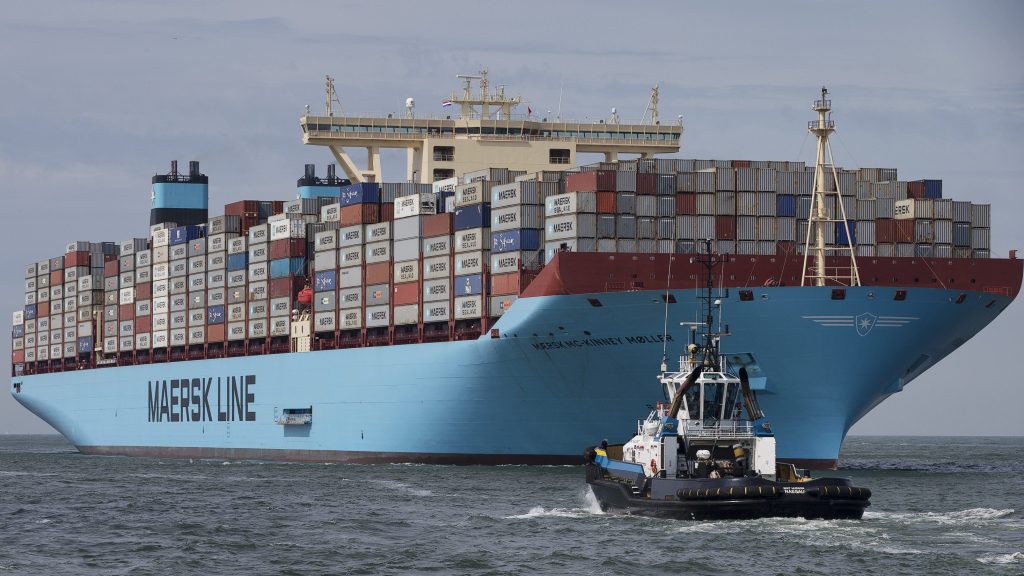 Container ships are getting cleaner, but the effort is adrift

The giant vessels that carry colorful boxes of cargo around the world are becoming more energy efficient.

China’s COSCO Shipping has outfitted its container ships with new propellers and a protruding “bulbous bow” to reduce wave resistance and curb fuel consumption. CMA CGM of France has equipped vessels with electronically controlled engines to optimize performance, and more of its ships can plug into shoreside electricity supplies to avoid running their massive diesel engines at berth.

As a result, carbon emissions associated with moving those boxes have steadily declined in recent years. From 2009 to 2017, container ship emissions dropped roughly 37 percent on average — per container, per mile* for global ocean transportation routes, the Clean Cargo Working Group reported earlier this month.

But that progress is starting to level off, showing the limits of the shipping industry’s existing actions to tackle climate change, according to the new study.

Examining the emissions-reduction efforts of those operating container ships could help illuminate some of the challenges involved in getting oil tankers, bulk carriers, and other types of cargo vessels to curb pollution. Container ships account for only about 5.5 percent of the world’s merchant fleet, and it’s the only sector that reports its collective emissions in such a comprehensive way.

When it comes to emissions data, says Suzanne Greene of the MIT Center for Transportation & Logistics, “The shipping industry has so much potential to be more transparent.” (Greene was not a contributor to the new report.)

The container ship survey tallied annual data from about 3,200 vessels, or nearly two-thirds of the world’s container fleet, shared by 22 companies. The data don’t reveal exactly what portion of the reductions were due to energy-efficiency investments or were a result of external factors, such as the consolidation of major container carriers or shifting trade patterns, says Nate Springer, who manages the Clean Cargo Working Group for BSR, a sustainability-focused consultancy. However, he adds, “The consistent progress since 2009 provides compelling evidence that progress is due in large part to industry efforts.”

Like its rivals COSCO and CMA CGM, A.P. Moller-Maersk has invested in new, fuel-efficient vessels and retrofitted older ships with energy-saving designs. Its real-time tracking system allows it to avoid delays, maximize cargo space, and optimize ship speeds for fuel efficiency. Thanks to these measures, the company’s container division — the largest in the world — has seen a 43-percent drop in emissions per container moved since 2007.

Despite all of this, the rate of emissions reductions is slowing down for the broader container industry, the report said. Container-related emissions fell by 1 percent from 2016 to 2017 — below the 2.4 percent drop from 2015 to 2016, which was below the previous year’s reductions.

Springer says he expects container companies will continue reducing emissions. But he concedes: “We know that if the progress continues at this lower rate, then it will be difficult to remain on track to meet the ambitious climate goals recently announced in the International Maritime Organization climate strategy.”

Last April, the U.N.’s International Maritime Organization agreed to reduce greenhouse gas emissions from global shipping by at least 50 percent from 2008 levels by 2050. If all types of cargo ships formed a country, their total annual emissions would rank in the top 10, between those of Japan and Germany.

The Clean Cargo data don’t provide a full picture as to why carbon reductions are shrinking. But one partial explanation could be that rising shipping activity is offsetting improvements in efficiency.

Container port traffic rose by nearly 15 percent from 2013 to 2017, while ships of all types unloaded more than 12 percent more cargo tonnage over that five-year period, according to a United Nations trade database. At the same time, the world’s container fleet has added dozens of new (and enormous) vessels.

Another explanation might be be that companies’ individual efforts are beginning to hit a wall. “We are reaching the point where it will be more and more challenging to drive significant CO2 efficiency on our own,” says John Bang Kornerup, head of sustainability strategy and shared value at Maersk.

Companies can only do so much to trim emissions from existing technology. To truly move the needle, the entire industry will need to shift toward cleaner fuels and zero-emissions propulsion technologies. That requires widespread investment in research and development to make alternatives more commercially viable, Kornerup says.

“Efficiency measures alone are not enough to deliver shipping’s share of achieving the Paris ambition,” he explains, referring to the landmark climate agreement. He adds that it is “an industry challenge to drive the needed innovation in new propulsion technologies.”

Yet many shipping companies, container or otherwise, still haven’t adopted even relatively straightforward strategies for curbing emissions, such as tracking and reporting their carbon footprints. Much of the data available today is based on averages from shipping routes or sectors, not individual ship performance.

Without more rigorous accounting, it will be difficult to truly know how well the industry is progressing toward meeting its climate targets, says Greene, the MIT logistics expert. That lack of data will also make it harder for major shipping customers — the IKEAs and DHLs of the world — to calculate their supply chain emissions.

“The bottom line in sustainability these days is really the carbon emissions number,” she notes. “And if that’s what we’re using, it should be decently accurate.”

*Due to a mathematical error in the editing process, this piece erroneously overstated the extent to which container ship emissions dropped (per container, per mile) from 2009 to 2017.