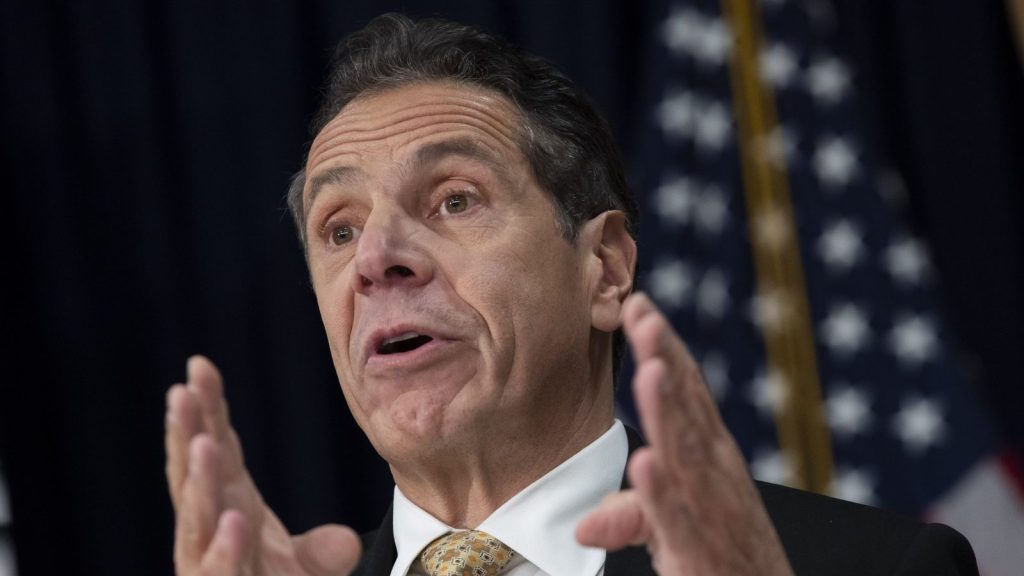 If you want to hear some fiery climate promises, just listen to a recent speech by New York Governor Andrew Cuomo. In the span of a couple minutes, he blasted the federal government’s inaction on climate change, vowed to “leave this planet better than we found it,” and promised to make New York’s electricity 100 percent carbon-neutral by 2040 — and eventually, completely eliminate the state’s carbon footprint.

Despite these strong words, some aren’t holding their breath until they see concrete steps from Cuomo (after all, this is the same governor who just in May headlined a gala funded by oil companies.) “It’s only a statement, and that’s not strong enough,” says Patrick Houston, an organizer with New York Communities for Change. “We urgently need bold climate goals to be written into the law.”

New York state has its best chance in years to pass progressive climate legislation in 2019, when Democrats will take control of the state Senate for the first time in a decade. (They already have a majority in the state House.) The midterm elections positioned many states to take bolder action, ushering climate champions to governorships and state legislatures in Colorado, Nevada, and Maine.

It’s good timing, because the federal government led by President Trump is dismantling environmental policies that are more critical than ever. And if we don’t act soon, climate change will bring a future of food shortages, mass extinctions, and natural disasters like we’ve never seen, as the United Nations’ IPCC report laid out in October.

“The IPCC report is harrowing,” says Kevin Smiley, a professor of environmental sociology at the University of Buffalo. “This is a time when a few states or cities have the opportunity to make a big stamp.”

Cuomo hasn’t released the details of his climate proposal yet, so we’ll have to wait and see if his promises carry weight. In the meantime, it’s worth asking: What would an ideal state climate plan look like, anyway? And how can states make sure their pledges are more than empty promises? I spoke with climate organizers and policy experts about what the states — New York as well as the other 49 — need to do to meet the very real, ever-knocking demands of climate change.

Electricity accounts for only 30 percent of greenhouse gas emissions in New York, according to the state’s Greenhouse Gas Inventory, last updated in 2015. That’s a sizable chunk, but to take on that other 70 percent, Cuomo’s plan would need to consider every sector of the economy. That means all sources of greenhouse gas emissions, including buildings, transportation, and all forms of infrastructure, says Ann Carlson, a UCLA law professor who focuses on climate change and policy.

States can work together on their emissions targets, like the coalition of Northeastern and mid-Atlantic states that agreed on regional transportation goals, and the other state-based coalition that has set shared caps on greenhouse gas emissions through the Regional Greenhouse Gas Initiative. “We have a lot of small states that collectively can make a big difference,“ Carlson says.

Put the people most affected by climate change first

“Across the state, we can see that there are communities that have existing inequalities that are exacerbated by climate change,” says Adrien Salazar, a Campaign Strategist at Dēmos and member of  New York Renews, a coalition of more than 100 climate and labor groups. “When we think about putting our economy on a path to 100 percent renewable energy, we want to make sure that those communities are invested in.”

New York state’s current energy plan doesn’t include explicit protections for these communities. New York Renews has been working to change this and pass the Climate and Community Protection Act, which would put the state on the path to running solely on renewable energy. It requires 40 percent of clean energy projects to be in communities impacted by climate change. The act would also give those communities ownership over these projects and ensure fair labor standards are in place.

Make it a law, not a suggestion

To ensure a climate change plan is more than empty rhetoric, its goals should be enforceable by law. That means that if a state fails to achieve its goals, legal action could hold it accountable.

Cuomo’s speech does not mark the first time New York has made a bold promise to commit to clean energy. Back in 2009, the state committed to transitioning to 45 percent renewable energy by 2015, but it failed to meet this goal … and faced no consequences.

Massachachusetts, on the other hand, made greenhouse gas limits enforceable by law through the 2008 Global Warming Solutions Act. As a result, lawsuits have since upheld that policy. In September, the state’s highest court dismissed an attempt to exempt power plants from emissions reduction rules. And in 2016, a group of youth activists won a lawsuit that challenged Massachusetts to develop more comprehensive regulations on greenhouse gases, per the requirements of the act.

Hawaii was the first state to have its renewable energy goals enshrined in law in 2015. Currently, the state is living up to them with ease. If Cuomo is serious about making New York “the most progressive state in the nation moving to renewables,” as he said in his speech, now he knows who he has to beat.