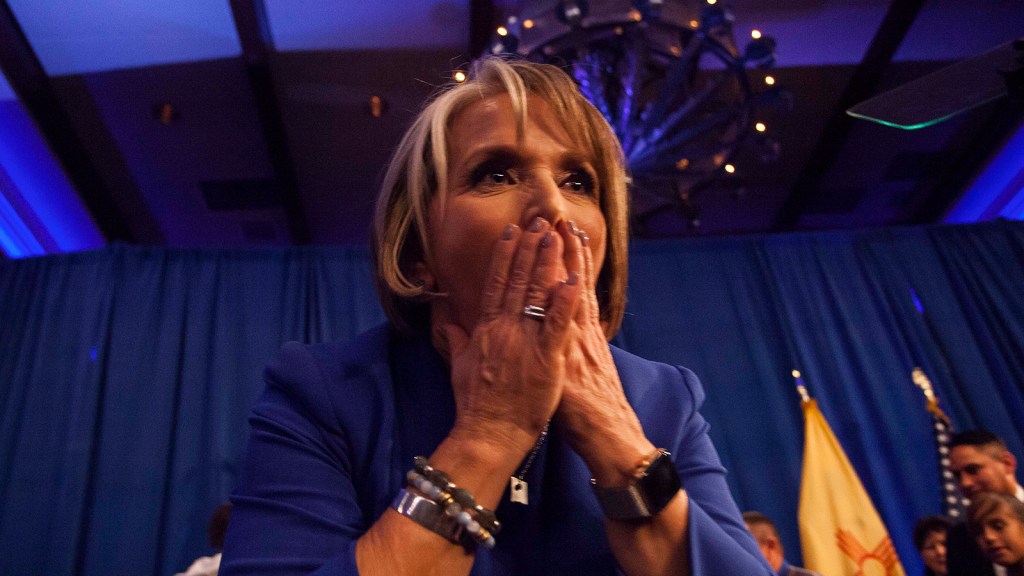 Most of the climate-related coverage of this week’s midterm elections was pretty pessimistic. But if you dig down to the state level — the true hotbed of climate policy in the Trump era — the results were much brighter, even hopeful.

Climate-friendly Democrats won governorships and state legislatures across the country. In several key states, they managed to do both at once, achieving a “trifecta”: Unified control of the governor’s mansion and both branches of the statehouse. In most cases, that means there’s a wide-open lane for an expansion of renewable energy mandates and other climate-friendly policy from coast to coast — at a critical moment in planetary history.

Before the election, Democrats had trifectas in Washington, Oregon, California, Hawaii, New Jersey, Delaware, Connecticut, and Rhode Island. This week, they added Nevada, Colorado, New Mexico, Illinois, New York, and Maine. Combined, those 14 states are home to more than a third of the U.S. population.

Here’s a quick look at some of states that are gearing up to finally put climate change on the front burner:

Newly elected Governor Michelle Lujan Grisham is aiming to transform New Mexico — the third largest oil-producing state in the country, behind Texas and North Dakota — into an environmental leader. She wants the state to be able to produce so much renewable energy that they can export it to California.

Incoming Governor Jared Polis campaigned on a promise of 100 percent renewable energy by 2040, which would be the boldest state-level policy in the country. That goal is so ambitious that even Polis admits it will be a heavy lift, but he’s got the backing of the legislature to help make it a reality.

Voters in Nevada managed to pass a 50 percent renewables mandate by 2030 on Tuesday, one of the most aggressive in the country — and one of the few big direct democracy victories this week. Incoming Governor Steve Sisolak campaigned in support of the ballot measure, and will have the full support of his state legislature to roll out policies to make it happen.

Newly elected Governor JB Pritzker has vowed to turn the most populous state in the Midwest into a renewables powerhouse, boosting its relatively weak 15 percent by 2025 mandate to 25 percent, and ally his state with others vowing to uphold commitments under Paris agreement.

It was the state senate that flipped, not the governorship, in New York. That will free up Andrew Cuomo to answer his critics and pass legislation to put the state on a path to 50 percent renewables by 2030, something he’s been trying to do for a while now. This comes a year after New York City Mayor Bill de Blasio’s plan for the city to purchase 100 percent renewable energy “as soon as sufficient supply can be brought online.”

Janet Mills, the first woman elected governor in Maine, is aiming to reduce the state’s emissions 80 percent by 2030 and supports the development of offshore wind farms — widely seen as more efficient and reliable than onshore wind. Maine’s potential offshore wind resources are 75 times greater than its current statewide electricity use, meaning it could soon sell energy to other parts of New England and the East Coast.

In these state plans, it’s easy to get a glimpse of a future United States that’s actually on a path to holding global warming to less-than-catastrophic levels. Today’s bold state policies could quickly grow into regional hubs entirely reliant on renewable energy, leapfrogging the broken incrementalist approach of the past few decades at the national level and stealthily achieving the kind of world we need.