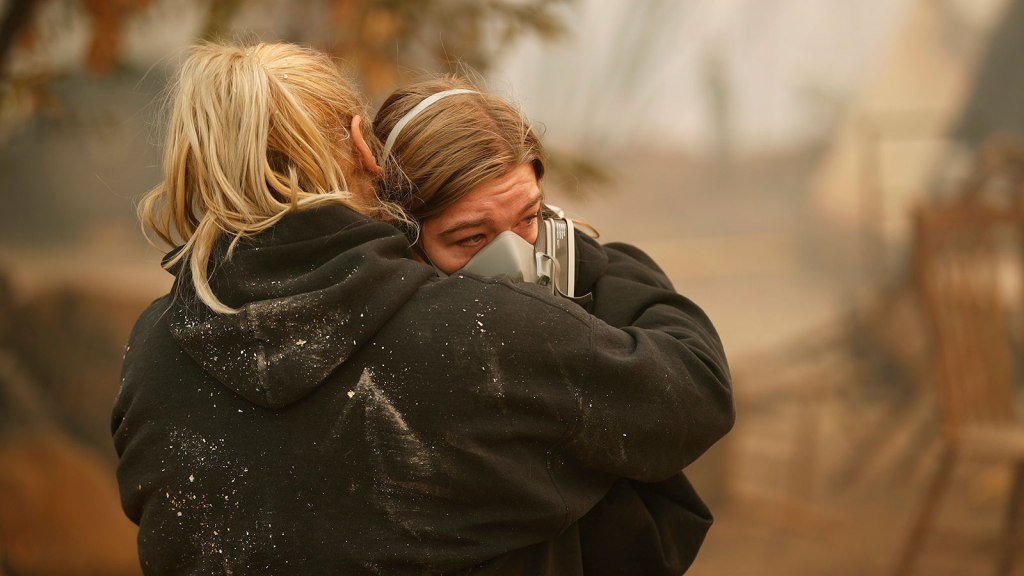 On Tuesday, about two dozen victims from the Northern California town of Paradise, which was destroyed in last week’s deadly Camp Fire, filed suit against Pacific Gas and Electric Co (PG&E) alleging that the company’s lax maintenance and “inexcusable behavior” contributed to the cause of the blaze.

“Most of [the victims] are aware of PG&E’s history of starting wildfires and trying to get away with it,” Mike Danko, a lawyer from one of the three law firms representing the wildfire victims, told Grist. “They want their voice to be heard.”

The victims of the fire who are now suing PG&E lost their homes and possessions, many barely escaping with their lives. The Camp Fire — the deadliest wildfire in California’s history — has already claimed the lives of at least 56 people, with 130 still missing as of Thursday morning.

PG&E and another major utility, Southern California Edison, reported to regulators they experienced problems with transmission lines around the time the blazes started On top of that, just prior to the Camp Fire, PG&E began warning customers it might turn off power because of the high risk of wildfires. But the company ultimately decided to cancel the anti-fire measure, according to a press release:

“Pacific Gas and Electric Company (PG&E) has determined that it will not proceed with plans today for a Public Safety Power Shutoff in portions of eight Northern California counties, as weather conditions did not warrant this safety measure,” reads the statement published November 8 — the same day the Camp Fire began.

The cause of the Camp Fire has yet to be determined — something PG&E officials are quick to point out. “Right now, our primary focus is on the communities, supporting first responders and getting our crews positioned and ready to respond when we get access so that we can safely restore gas and electricity to our customers,” the company said in a statement.

Danko calls PG&E’s comment “empty words.” This is not the first time the utility has been accused of being responsible for a major wildfire. In 2017, Cal Fire concluded that PG&E broke safety laws — namely, poor maintenance of trees along power lines — which led to a wildfire that took the lives of 22 people.

The new suit cites 18 separate fires and explosions caused by PG&E infrastructure since 1991, including a 2010 explosion at a PG&E natural gas pipeline that killed eight people and led to a fine to the tune of $1.6 billion from state regulators and a felony conviction issued by a jury in federal court.

If PG&E is found liable for the Camp Fire, the company’s payout could exceed its insurance coverage. This could spell financial trouble, not only for PG&E but for California customers. In September, California Governor Jerry Brown signed a bill designed to help PG&E cope with the fire-related costs of 2017’s wildfires by allowing the utility to pass on some of those costs on to their customers — including those who lost their homes to the wildfires.

The bill was met with swift opposition by consumer advocates who saw the bill as a bailout for a company with a damming record of lax safety oversights. “We don’t think this is safety for Main Street — we think this is safety for Wall Street,” said Mindy Spatt, a spokesperson for The Utility Reform Network consumer group. “We urged the Legislature to do something that would protect consumers and residents, but this wasn’t it.”