The bizarre and frightening conditions that sparked the Camp Fire 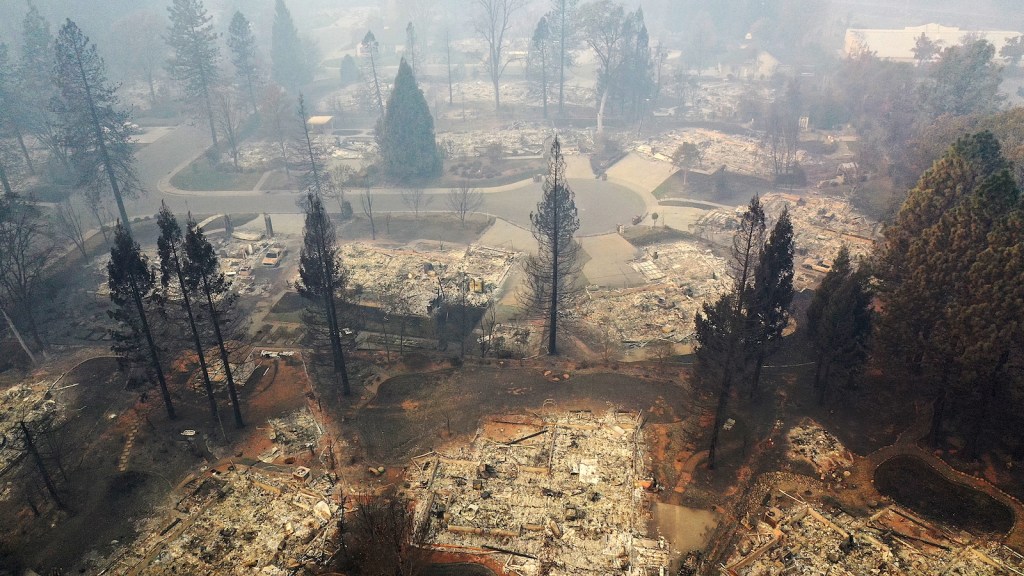 The bizarre and frightening conditions that sparked the Camp Fire

This story has been updated to reflect the fire’s impact as of Thursday night, November 15.

The Camp Fire, which destroyed the town of Paradise, is now the most destructive to ever hit California and the deadliest wildfire in modern American history. As of Thursday night, 63 people are known to have died, and 631 are still missing. The last fire this deadly was back in 1918 in Minnesota — before professional firefighting or meteorological science.

“This is the kind of urban conflagration Americans thought they had banished in the early 20th century,” wrote fire historian Stephen Pyne for Slate. “It’s like watching measles or polio return.”

Our unnaturally warming climate set the stage for the return of this type of devastating fire. The Camp Fire, and the escalating onslaught of weather emergencies like it, crystalizes the urgency of the climate challenge: Without radical changes, there will be more fire catastrophes like Paradise.

According to local meteorologist Rob Elvington, the Camp Fire began under atmospheric conditions with “no analog/comparison” in history for the date. Northern California’s vegetation dryness was off the charts — exceeding the 99th percentile for any single day as far back as local records go. “Worse than no rain is negative rain,” wrote Elvington. The air was so dry, it was sucking water out of the land.

That warranted an “extremely critical” fire weather alert by the National Weather Service, which was really an understatement for the direness of the situation. According to the U.S. Forest Service, fighting a fire in such conditions is almost by definition a losing battle: “Direct attack is rarely possible, and may be dangerous, except immediately after ignition. Fires that develop headway in heavy slash or in conifer stands may be unmanageable while the extreme burning condition lasts.”

The Camp Fire burned so hot that it cremated people in their homes and cars. Lizzie Johnson, a San Francisco Chronicle reporter embedded with one of the area’s cadaver search-and-rescue teams, has been candid about her experience. “There are some things you can’t unsee while reporting,” she wrote on Twitter.

Fire disasters on a scale recently considered inconceivable now appear to be the inevitable. Six of the 10 most destructive wildfires in California history have ignited in the past three years. In little more than a year, two other California towns (Redding and Santa Rosa) have been similarly devastated by fires. As long as we continue on a business-as-usual path, it’s a matter of where, not when, another California town will be erased from the map.

Like the Camp Fire, future fires catastrophes are inescapable — on our current path. It may take generations for California’s forests to adapt to the warming and drying climate. Nearly every square mile of the state’s forests may need to burn for that to happen — for new life to emerge and for new tree species to migrate northward toward new water sources and cooler air.

We can’t continue on as if the fate of Paradise was just a fluke. By failing to take appropriate action on climate change, we are actively choosing to create the ideal conditions for future, unfightable fires. The fact that millions of people around the world are being subjected to increasingly extreme weather is a choice we make every day.

We know the kinds of bold, radical plans that scientists say are now necessary to steer the world toward a safer future — including remaking the American economy to rapidly reduce emissions immediately. We have the money, the time, and the knowledge to implement them. Future fires are a given, but we can avoid future tragedies at the level of Paradise. It’s our choice whether last week’s fires become a cautionary tale, or the new normal. It doesn’t have to be this way.