Weather historian Christopher Burt had been closely tracking the blazing temperatures in Death Valley, California, this summer. The days were hot, but what was especially notable to him was that the desert nights failed to cool off much. As the official data closed at midnight on July 31, he did the math. “Oh my God, the average was 107.4,” said Burt. “I knew right away that was the hottest month in Death Valley and therefore the hottest month in the United States and Western Hemisphere.”

After a bit of checking, he determined that an even more auspicious record had been reached. “Without question, the hottest reliably measured average monthly temperature on earth was in Death Valley in July,” said Burt, who wrote a blog post about it for Weather Underground.

The National Weather Service confirms Death Valley’s record for the United States, but can’t say if it’s a record for the entire planet. The World Meteorological Organization doesn’t track monthly average temperatures and couldn’t confirm the global record either, but WMO climate scientist Randall Cerveny (also a professor at Arizona State University) suggested Burt was the best source for such record keeping.

Bakersfield, California; Reno, Nevada; and Salt Lake City, Utah, also had the hottest July, and overall hottest month in their recorded history, according to the National Oceanic and Atmospheric Administration. 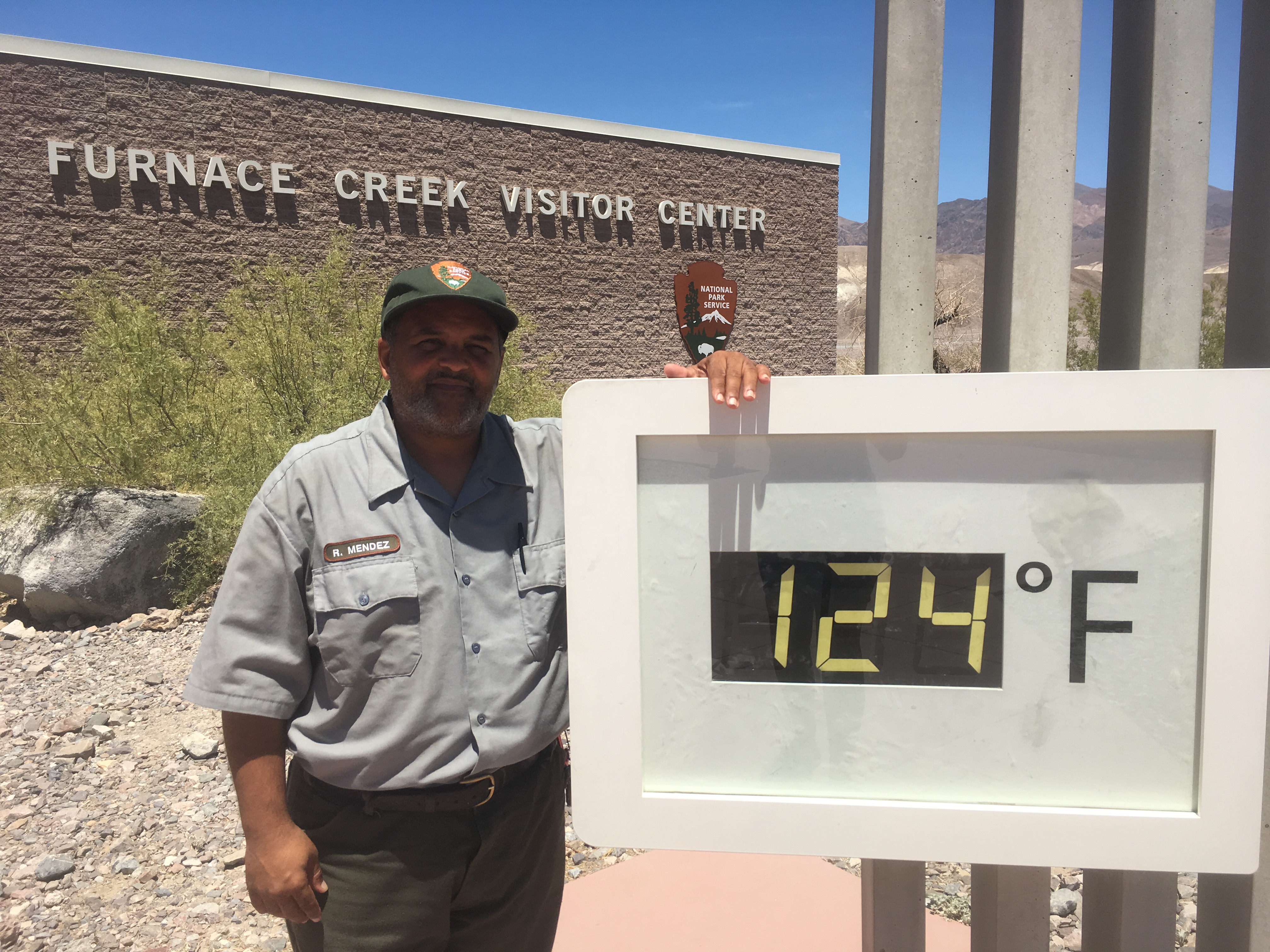 But nowhere was as hot as Death Valley National Park. Tourists who visited during the month remarked on the scalding temperatures, even at night, in comments on the park’s Facebook page, but added that it wasn’t hot enough to spoil the experience: “Breathtaking views made us forget all ‘pain,’” commented one visitor.

Abby Wines, the park’s spokesperson, thought last month didn’t seem especially hot, at least not for July, which is always the park’s hottest month. That’s in part because the record average temperature was driven by higher than normal nighttime temperatures. And June had been unusually hot too, with nine days in a row measuring 120 degrees or higher. “By comparison, I didn’t even notice that July was unusually hot,” said Wines, who has weathered 13 summers at Death Valley.

Earlier this summer, a visitor burned her feet on sand dunes and was taken to a hospital by ambulance. Two buses caught on fire, as well, one earlier in the summer and one in August. But in July, there weren’t a lot of medical or emergency problems, despite the record heat. 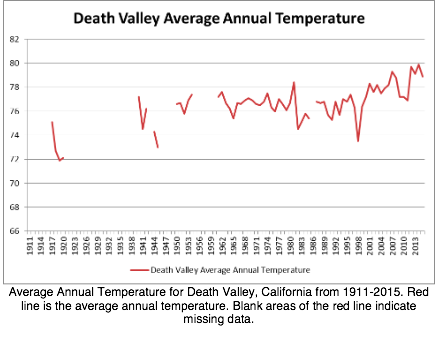 Heat-related health issues rarely occur on the hottest days because visitors can’t ignore the heat. The park warns visitors not to hike after 10 a.m. “When it’s 125 [degrees], people get out of the car, run to thermometer, take a picture and get back into the air conditioning,” Wines said. Visitors are more likely to be careless when temperatures are lower.

The National Weather Service says it’s too early to link up the temperatures to climate change. “It’s on everyone’s mind,” said Wines. But Burt stresses that even though he doesn’t like to weigh in on climate change, the trend of hotter temperatures in Death Valley surely can be attributed to climate change because of the dearth of other factors, such as an urban heat effect. The role that hotter nights played in the record also is consistent with projected climate change impacts. “That’s a trend we’ve been seeing,” Burt said.

One year after the Great Flood, Louisiana’s most vulnerable cope with the losses