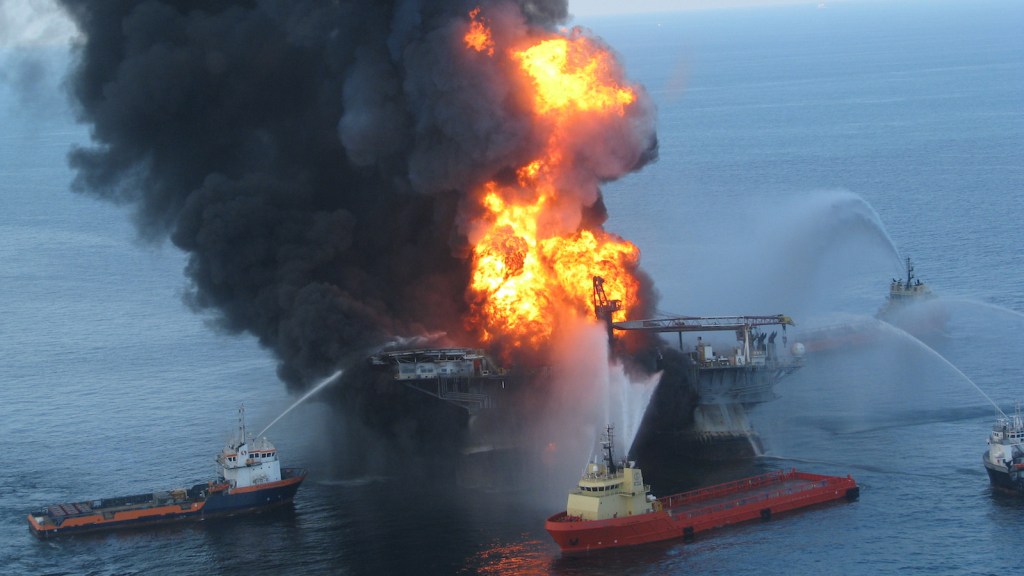 The 2010 Deepwater Horizon oil spill disaster may have had a lasting impact upon even the smallest organisms in the Gulf of Mexico, scientists have found — amid warnings that the oceans around America are also under fresh assault as a result of environmental policies under Donald Trump.

Lingering oil residues have altered the basic building blocks of life in the ocean by reducing biodiversity in sites closest to the spill, which occurred when a BP drilling rig exploded in April 2010, killing 11 workers and spewing about 4 million barrels of oil into the Gulf.

Researchers took sediment samples in 2014 from shipwrecks scattered up to 150 km (93 miles) from the spill site to study how microbial communities on the wrecks have changed. On two shipwrecks close to the source of the outpouring of oil — a German U-Boat and a wooden 19th-century sailing vessel — scientists saw a visible oil residue.

“At the sites closest to the spill, biodiversity was flattened,” said Leila Hamdan, a microbial ecologist at the University of Southern Mississippi and lead author of the study. “There were fewer types of microbes. This is a cold, dark environment and anything you put down there will be longer lasting than oil on a beach in Florida. It’s premature to imagine that all the effects of the spill are over and remediated.”

The BP oil disaster fouled more than 1,300 miles of coastline, caking seabirds and killing sea creatures and other wildlife, leading to huge financial losses for the tourism and fishing industries. But Hamdan said the oil’s impact on microbes, each measuring just a fraction of a millimeter, could prove even more significant given their foundational role at the base of the ocean food chain.

“We rely heavily on the ocean and we could be looking at potential effects to the food supply down the road,” she said. “Deep sea microbes regulate carbon in the atmosphere and recycle nutrients. I’m concerned there will be larger consequences from this sort of event.”

The findings, published on Thursday, come as the Trump administration dismantles ocean conservation measures put in place by former President Obama in the wake of the Deepwater Horizon calamity.

Last week, Trump issued an executive order that essentially revoked an Obama directive that established the National Ocean Council to “ensure the protection, maintenance and restoration” of the oceans and the Great Lakes.

Trump’s order, which does not mention the Deepwater Horizon spill, hands more responsibility to the states for drilling safety and frames environmental protections as a potential barrier to industries that “enhance America’s energy security.” The president said he was “rolling back excessive bureaucracy created by the previous administration” with his order.

But conservationists are appalled. Christy Goldfuss, a former environmental adviser to Obama, said Trump is waging an “all-out war on America’s oceans.”

“Trump is trying to wash his hands of responsibility for the real and urgent threats facing America’s coastal communities — namely, the impacts of climate change,” said Goldfuss, who is now a senior vice-president at the Center for American Progress.

“In the absence of a president who is willing to lead, it is now more important than ever that coastal governors, tribal leaders, state legislatures, and local communities take up the mantle of leadership and work together to defend and restore the health of America’s oceans.”