Metro areas can grow and cut emissions at the same time. Here's how. 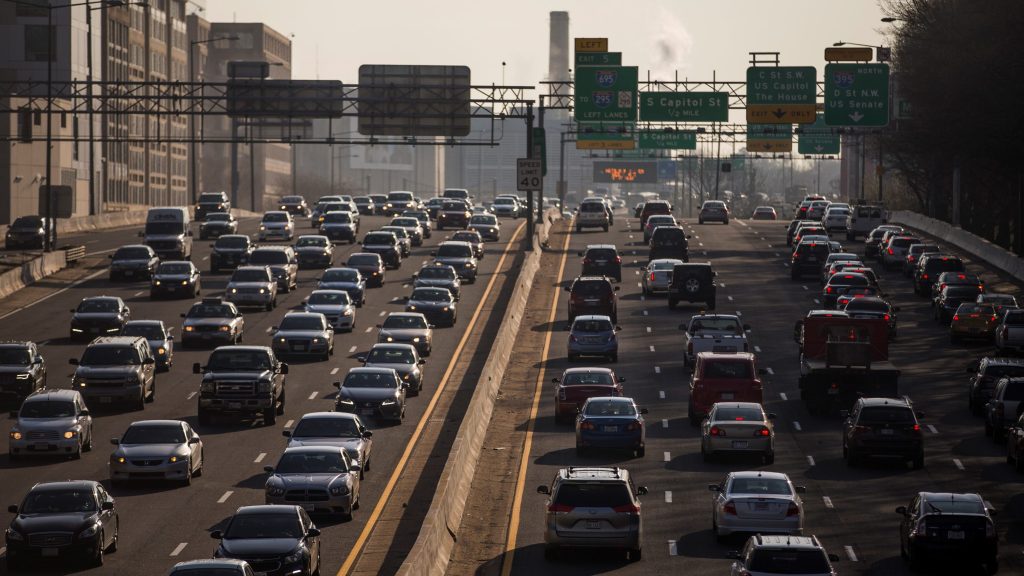 Metro areas can grow and cut emissions at the same time. Here’s how.

Cities have a problem: They’re trying to slash their carbon emissions while, at the same time, growing rapidly.

Take the region that includes Baltimore and Washington, D.C., for example: In the next two decades, it’s projected to add nearly 1.5 million jobs and grow by over half a million households. Meanwhile, Washington, D.C. set a goal to cut emissions by 50 percent of 2006 levels by 2032 and Baltimore has similar aims.

A recent analysis from the University of Maryland’s National Center for Smart Growth outlines various paths for how the Baltimore-Washington area could develop over the next 20 years and suggests routes for growing sustainable metro regions.

The researchers measured “sustainability” through positive outcomes in emissions, housing prices, and transportation costs. They stipulate that as a region develops, three main factors affect its sustainability: energy prices, government regulation, and technological advances. So to figure out a good recipe for sustainable growth, the team modeled what would happen under scenarios where those factors vary.

One of the sunniest scenarios: an option the researchers aptly call the “blue planet.” These conditions see growth in all three areas (again, fuel costs, regulation, and innovation). The steep fuel costs discourage driving and spur better public transit and innovation in green technology — leading to the adoption of lower priced zero-emissions vehicles and cheaper renewable energy. Doesn’t that sound nice? The analysis found this would lead to a whopping 56 percent reduction in greenhouse gas emissions and substantially less fertilizer runoff, measured against 2015 levels. It would also reduce transportation costs for low-income people by 70 percent.

Of course, there are some caveats. That huge drop in emissions assumes that 72 percent of people own zero-emissions vehicles by 2040 — perhaps a lofty goal. And, as people flock to the area, development could lead to losses in farmland and forest cover, the analysis found. While housing prices would likely remain stable overall, they could increase in urban cores.

Another green scenario also slashed emissions in half — but only as a result of dire circumstances. Picture this: Gas prices quadruple as the world runs out of oil, and the government steps in with tight controls. As more people flock to cities and take public transit, the researchers predict that local government would encourage zero emissions vehicles through subsidies and infrastructure, like charging stations.

For comparison, in one of the darker situations, skyrocketing tech innovations like self-driving cars, coupled with low fuel prices and little government intervention, could entrench our reliance on fossil fuels and lead to a 20 percent increase in emissions.

The analysis and its findings can be applied to most other metropolitan areas as well, says the paper’s coauthor, Uri Avin, a professor at the University of Maryland’s School of Architecture, Planning, and Preservation. And while the results and modeling are complex, there are some key takeaways.

“From an air pollution point of view, zero emission vehicles are a big deal,” Avin explains, “as long as the way you generate electricity doesn’t have other environmental detriments.” He suggests that self-driving vehicles — often touted as the future of transportation — could reduce both emissions and traffic congestion, but only if they’re electrified.

As the project’s co-leader Gerrit Knaap, professor of urban studies and planning, writes in the report, we’ve got a lot of decisions to make — from how to invest in transportation to managing our energy. And judging by the different scenario outcomes, the choices matter. “But how best to actually make these decisions in an increasingly uncertain environment is the question to which we turn next,” he adds.

Avin hopes as election season ramps up, his team’s report will help inform public debate. “The future is uncertain, but also not forgone,” the report concludes. “Policy matters.”