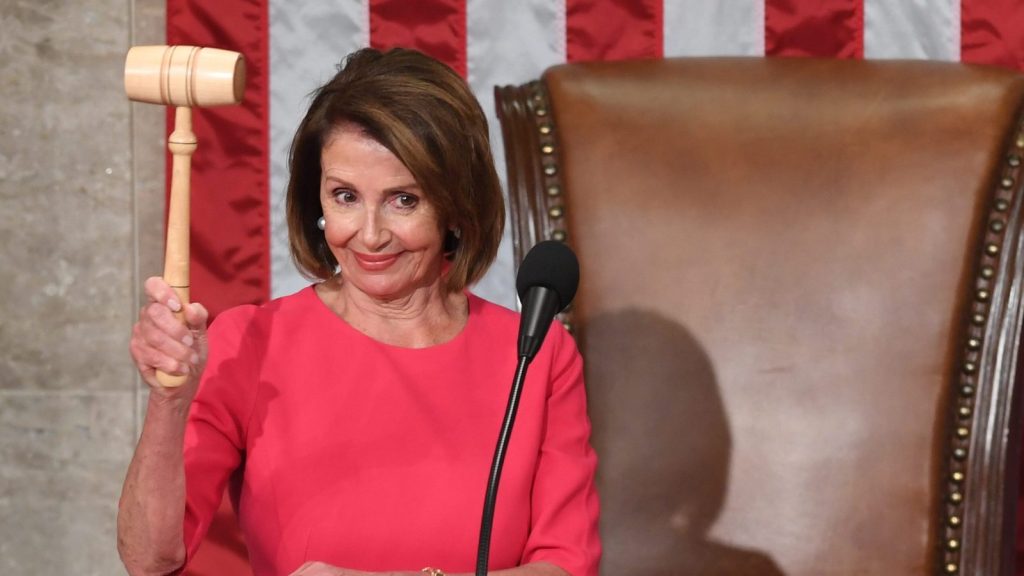 Thursday was a big day in the U.S. House of Representatives: Democrats took control, Nancy Pelosi regained the gavel as House Speaker, the 116th class of freshman representatives was sworn in, and the new-look legislative body voted on a bill that will fund most government agencies through the 2019 fiscal year and potentially end a two-week government shutdown.

In her first speech as newly elected House Speaker on Thursday, Pelosi singled out climate change as a moral, health, and national security issue. “The American people understand the urgency,” she said. “The people are ahead of the Congress. The Congress must join them.”

But that new budget the House just voted to approve, engineered by Pelosi herself, includes a pay-as-you-go provision that some progressive critics say could hinder attempts at creating sweeping climate legislation. “PayGo,” as it’s known, is a rule that requires any new proposed spending to be balanced out with more taxes or budget cuts before it can come to a vote.

Progressives, environmental groups, and others are displeased with the potential effects of this provision; they say it will stifle the House’s ability to pass big-ticket items like “Medicare-for-all,” tuition-free public college, and, yes, a massive climate-targeted package like a Green New Deal. (Nevermind that such legislation would likely fare poorly in a Republican-controlled Senate.)

On Wednesday, high-profile progressives Alexandria Ocasio-Cortez of New York and Ro Khanna of California said they would vote against Pelosi’s package, arguing it kneecaps the liberal agenda they’ve been championing. “We shouldn’t hinder ourselves from the start,” Ocasio-Cortez tweeted on Wednesday. Vermont Senator Bernie Sanders agreed: “I’m concerned that the concept of PAYGO will make it harder for Congress to address the many crises facing our working families,” he tweeted.

Democratic leaders pushed back, arguing PayGo will decrease the deficit — which is set to balloon over the next decade thanks to the passage of 2017’s GOP-championed tax bill — and restore fiscal responsibility to Congress. They also promised members of the Congressional Progressive Caucus who were on the fence about the bill that PayGo wouldn’t stand in the way of major progressive priorities. Pelosi’s chief of staff, Drew Hammill, argued that a vote against the rules package would result in the Republican-controlled Office of Management and Budget defunding any Democratic initiatives that increased government spending.

Despite dissent from a vocal minority on the left, the Democratic rules package passed 234-197 on Thursday evening. Only three Democratic members, Ocasio-Cortez, Khanna, and Hawaii’s Tulsi Gabbard voted against — a fraction of the 18 votes needed to sink it.

So, does PayGo’s passage mean the end of the Green New Deal and other large-scale progressive legislation?

Not necessarily, according to Justin Talbot-Zorn, senior adviser at the progressive think tank the Center for Economic and Policy Research. “There is a procedural vote through which Congress can suspend the rules and pass legislation,” he said.

The rule could make it more difficult, however, to get people on board with big, expensive agenda items. “It does deter us from being able to do legislation at a scale necessary to do Green New Deal-type legislation,” Talbot-Zorn says. “It emboldens opponents of a Green New Deal; it gives them another argument against it.”

In other words, if progressive Democrats want to push for a large infrastructure investment in, say, green jobs, at some point in the future, they will have to expend more effort to bypass a rule package proposed and approved by their own party.

Or as Talbot-Zorn put it: “If the Green New Deal and major green infrastructure investment is going to be a central plank of the Democratic platform in the House — which it really needs to be — why would we adopt a rules package that would inhibit the passage of that central plank?”