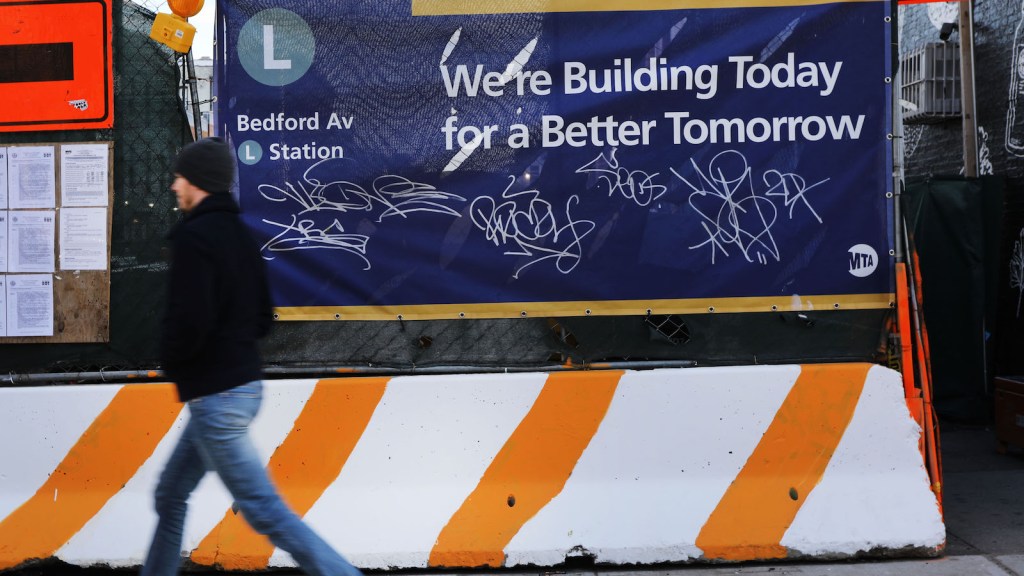 Spencer Platt / Getty Images
there will be flood

When Hurricane Sandy hit New York City in 2012, water rushed into the underground tunnels that are the backbone of the city’s transit system, swamping sensitive electronics and decades-old infrastructure in corrosive saltwater. Nothing like that had ever happened in the 100+ years the subways had been operating. The Metropolitan Transportation Authority had no timetable for when the system would reopen.

Fixing the L train tunnel, which connects Brooklyn to 14th Street in Manhattan, has caused a major headache for the city. More than 300,000 New Yorkers rely on the L every day. On Thursday, after years of planning a complete overhaul that would shut down the line for more than a year, New York Governor Andrew Cuomo did an about-face, throwing fresh uncertainty on the problem.

The 15-month total shutdown, which went through an extensive public vetting process and wound up depressing home values in Brooklyn, is no longer. The new plan is a 20-month nights-and-weekends shutdown, which will disadvantage New Yorkers who work at odd hours for even longer. Instead of a wholesale overhaul of the tunnel, the new plan is to encase sensitive wires in plastic.

It’s a method that’s never been used before in the United States, and never anywhere in the world during a tunnel repair. And with few details available, little is known if the tunnel’s ability to weather future storms is being sacrificed for the convenience of L-train riders. “The governor’s plan may or may not work, but you’ll pardon transit riders for being skeptical that a last-minute Hail Mary idea cooked up over Christmas is better than what the MTA came up with over three years of extensive public input,” John Raskin, executive director of the transit advocacy group Riders Alliance, told The State.

The vast majority of NYC’s subway tunnels were built between 1900 and 1936, and since the system runs 24-hours a day, they’ve been patched together for decades. The city pumps millions of gallons of water out of the system each day that pours in from percolating rainwater and countless leaks.

In the past 70 years, there have been a dozen coastal storms where rising waters came within less than two feet of flooding the subways. It actually happened during Sandy, but it almost happened the year before, too, during Hurricane Irene.

Rising sea levels and stronger storms are making coastal flooding much more common. By 2050, at our current near-worst case scenario of rising carbon emissions, floods like Sandy’s could hit an average of once every five years. It’s a question of when, not if the subways will flood again.

If you think the L train fiasco is bad, what will happen when JFK Airport floods? Or when the next catastrophic Midwest flood permanently forces the Mississippi River away from New Orleans? What should we do about the Hoover Dam, once the drought in the Southwest finishes draining its reservoir and renders it obsolete?

Climate change means uncertainty, and uncertainty means more drawn-out decisions to rebuild or replace infrastructure not just in New York City, but in every part of the world. And in that kind of context, we will inevitably get more decisions like Cuomo’s which pit difficult long-term consensus planning against quick-fix changes.

Welcome to infrastructure planning in the era of rapid climate change.