Despite Trump, Wall Street is breaking up with fossil fuels 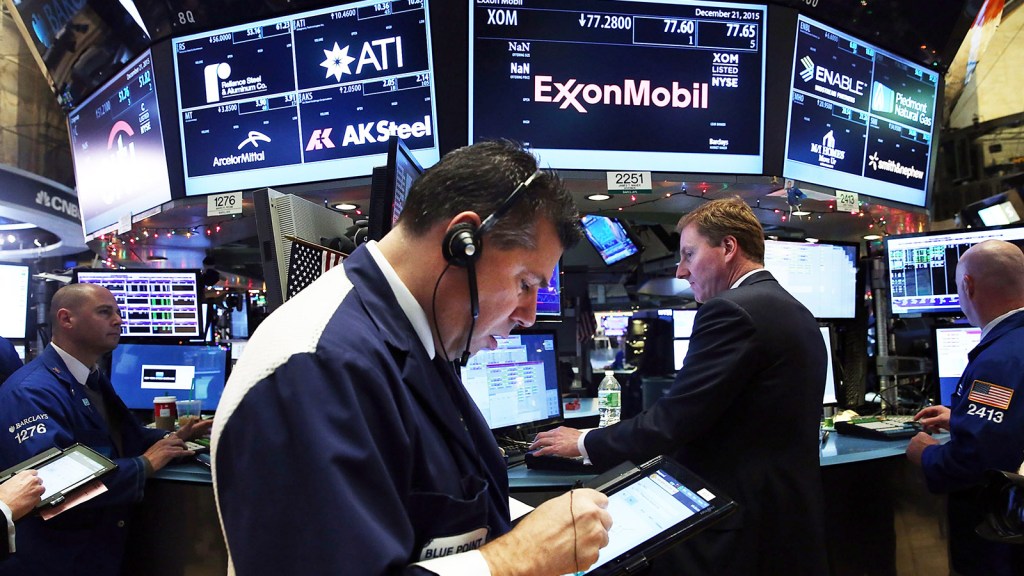 Despite Trump, Wall Street is breaking up with fossil fuels

Bill McKibben is Schumann Distinguished Scholar in Environmental Studies at Middlebury College, and a founder of 350.org. He is a member of Grist’s board of directors.

If you’re looking for good news on the climate front, don’t look to the Antarctic. Last week’s spate of studies documenting that its melt rates had tripled is precisely the kind of data that underscores the almost impossible urgency of the moment.

And don’t look to Washington, D.C., where the unlikely survival of EPA Administrator Scott Pruitt continues to prove the political power of the fossil fuel industry. It’s as if he’s on a reality show where the premise is to see how much petty corruption one man can get away with.

But from somewhat less likely quarters, there’s been reason this month for hope — reason, at least, to think that the basic trajectory of the world away from coal and gas and oil is firmly underway.

At the Vatican, the Pope faced down a conference full of oil industry executives — the basic argument that fossil fuel reserves must be kept underground has apparently percolated to the top of the world’s biggest organization.

And from Wall Street came welcome word that market perceptions haven’t really changed: Even in the age of Trump, the fossil fuel industry has gone from the world’s surest bet to an increasingly challenged enterprise. Researchers at the Institute for Energy Economics and Financial Analysis minced no words: “In the past several years, oil industry financial statements have revealed significant signs of strain: Profits have dropped, cash flow is down, balance sheets are deteriorating and capital spending is falling. The stock market has recognized the sector’s overall weakness, punishing oil and gas shares over the past five years even as the market as a whole has soared.”

The IEEFA report labeled the industry “weaker than it has been in decades” and laid out its basic frailties, the first of which is paradoxical. Fracking has produced a sudden surge of gas and oil into the market, lowering prices — which means many older investments (Canada’s tar sands, for instance) no longer make economic sense. Fossil fuel has been transformed into a pure commodity business, and since the margins on fracking are narrow at best, its financial performance has been woeful. The IEEFA describes investors as “shell-shocked” by poor returns.

The second weakness is more obvious: the sudden rise of a competitor that seems able to deliver the same product — energy — with cheaper, cleaner, better technologies. Tesla, sure—but Volkswagen, having come clean about the dirtiness of diesel, is going to spend $84 billion on electric drivetrains. China seems bent on converting its entire bus fleet to electric power. Every week seems to bring a new record-low price for clean energy: the most recent being a Nevada solar plant clocking in at 2.3 cents per kilowatt hour, even with Trump’s tariffs on Chinese panels.

And the third problem for the fossil fuel industry? According to IEEFA, that would be the climate movement — a material financial risk to oil and gas companies. “In addition to traditional lobbying and direct-action campaigns, climate activists have joined with an increasingly diverse set of allies — particularly the indigenous-rights movement — to put financial pressure on oil and gas companies through divestment campaigns, corporate accountability efforts, and targeting of banks and financial institutions. These campaigns threaten not only to undercut financing for particular projects, but also to raise financing costs for oil and gas companies across the board.”

Hey, the movement against Kinder Morgan’s pipeline got so big, the Canadian government had to literally buy the thing in order to try and ram it through. Protesters will die, a former Bank of Canada governor predicted this week — though he added the country will have to muster the “fortitude” to kill them and get the pipeline built.

For activists, the best part of the IEEFA report is a series of recommendations for precisely how to hurt the industry the most, from creating delays that “turn a marginal project into a cancelled one” to “strategic litigation” to “changing the narrative.”

The report’s authors write: “The financial world is just beginning to understand the fundamental weakness of the fossil fuel sector, and barely acknowledges the global climate movement’s growing power and reach. This has created a powerful opportunity to develop and foster a new storyline on Wall Street: that the oil and gas industry is an unstable financial partner just as it faces its greatest test.”

That’s work we’re capable of. If a few years of campaigning is enough to convince the Pope we need to keep fossil fuels in the ground, a few more quarters might finally persuade the suits that there’s more money to be made elsewhere. But speed is clearly of the essence. If massive losses of money loom over Wall Street, massive losses of polar ice loom over us all.