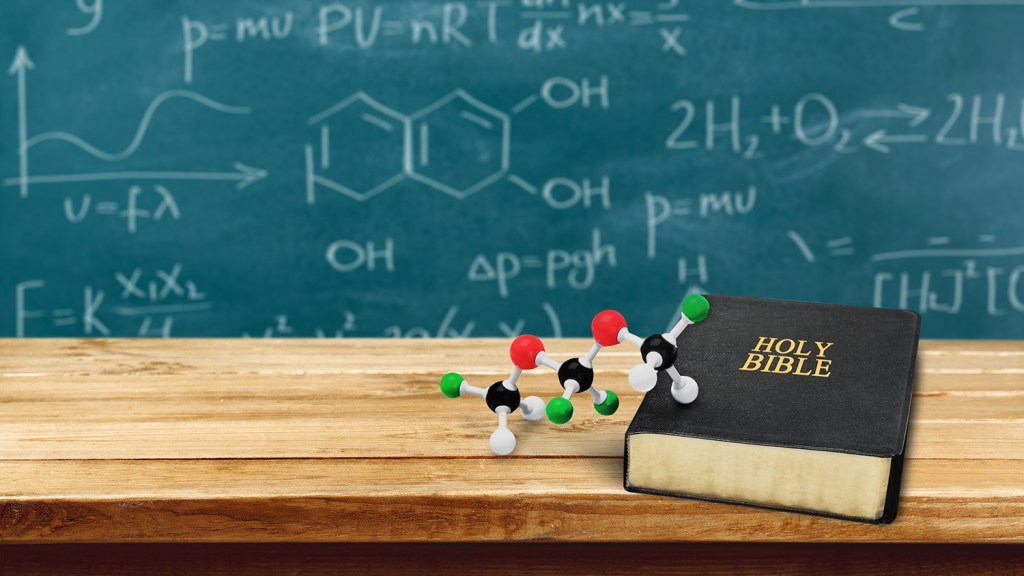 A mere 90 years after John Scopes and the ACLU challenged Tennessee’s ban on teaching evolution in schools, another Southern state has joined the 20th century.

The Alabama state school board has unanimously agreed that evolution will now be taught in schools. Previously, Alabama curriculum stated that the first humans were made from fairy dust and that Jesus rode a dinosaur.

In addition, students in earth and space science classes will be exposed to data — including global levels of greenhouse gases and temperature maps — that will help them “describe how various human activities (e.g., use of fossil fuels, creation of urban heat islands, agricultural practices) and natural processes (e.g., solar radiation, greenhouse effect, volcanic activity) may cause changes in local and global temperatures over time.”

That “natural processes” part might raise some hackles among climate advocates. Solar radiation does have some impact on the earth’s climate, but scientists agree that it’s fossil fuels — not the sun — that are the driver in the planet’s current warming period.

It’s not perfect, but at least Alabama students will no longer be taught that climate change is a liberal conspiracy and evolution is a Satanist plot. Alabama: We’d like to officially welcome you to the present. Glad you’ve decided to join us.