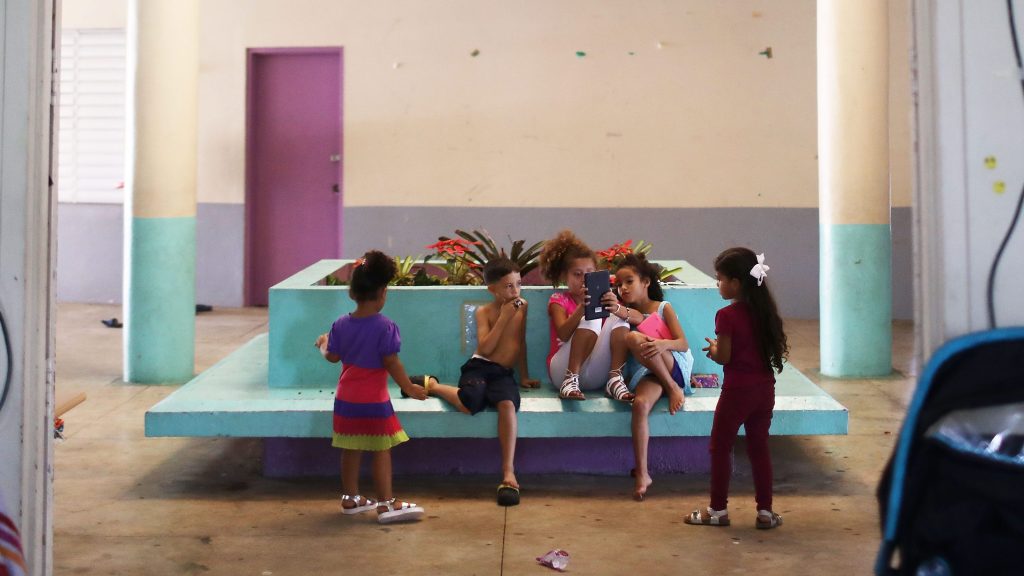 More than a year has passed since Hurricane Maria pummeled Puerto Rico, but Bethlyn Avilez and her family are still grappling with the irrevocable upheaval. Avilez lives in the central Puerto Rican municipality of Ciales with her husband and her two young boys, 9-year-old Xarquier and 4-year-old Xanier.

After the storm’s 155 mph winds and intense rainfall had torn through the island, causing a nearby bridge to collapse and a nearby river to rise, the family swam to a neighbor’s house. When the swollen river completely submerged their home, Xarquier intently watched the drastic devastation unfold from his neighbor’s window.

“He saw his things floating — his toys, his clothes, everything,” Avilez told Grist in her native Spanish. When the family finally trekked to its home two days after the storm had passed, Xarquier grasped the full scope of the wreckage.

“He told me all he felt was sadness — that he’d lost everything, that things weren’t the same,” Avilez added.

That sentiment hangs over the Avilez family today. A new normal has yet to arrive. Avilez estimates it took three to four months for Xarquier to return to school — and finding supplies and clothes was a struggle since many stores were either closed or inaccessible. The family is still living in Avilez’s parents house while its works on finding a new home to start from scratch.

As part of the “Maria Generation,” stories like that of Avilez’s children are not unique. Long before the hurricane, economic uncertainty had shaped the experience of Puerto Rican youth: The territory already had the highest percentage of childhood poverty in the nation, at 57 percent. (Compare that to slightly more than 15 percent nationwide.)

Now, preliminary findings from a study out this week reveal that increased economic hardship following Maria, coupled with inadequate access to health and education, is further affecting the wellbeing and development of young people.

The study involved interviews with more than 700 Puerto Rican households with children under 18 years of age between July and September of 2018. Researchers used a three-pronged approach: looking at the extent to which economics, health, and education had levied deep-seeded impacts on children.

The findings are pretty grim. Following Maria’s onslaught on the island, about a third of households surveyed had reduced incomes due to loss of employment and reduced work hours. Low-income families suffered disproportionately by this erosion of income. According to the study, they reported difficulty paying utilities, buying food, and clothing.

Children, especially impoverished youth, are struggling in Maria’s wake. The study reveals that 44 percent of minors exhibited new behaviors after the hurricane — with 23 percent of that group experiencing anxiety. Children under 5 years old went an average of 92 days without attending preschool, while children between 5 and 17 years old are estimated to have spent an average of 78 days away from school. Further, 3 out of 10 children with disabilities that require medication for treatment had difficulty obtaining it after the hurricane.

“This study shows that families with children, who were facing significant challenges before the hurricane, are facing even more bleak conditions today,” said Anitza Cox, director of analysis and social policy at Estudios Técnicos, the firm that helped administer the survey. “This type of economic insecurity is what has led to families leaving in droves over the last decade, and what will continue to drive it if comprehensive policies are not put into place immediately.”

Indeed, more than 30 percent of households surveyed indicated that they are very likely or likely to move due to Hurricane Maria. In Florida alone, 200,000 Puerto Ricans arrived within the first two months after the storm made landfall.

Avilez considered being part of the subsequent mass migration, but ultimately felt that she needed to face this newfound reality head-on.