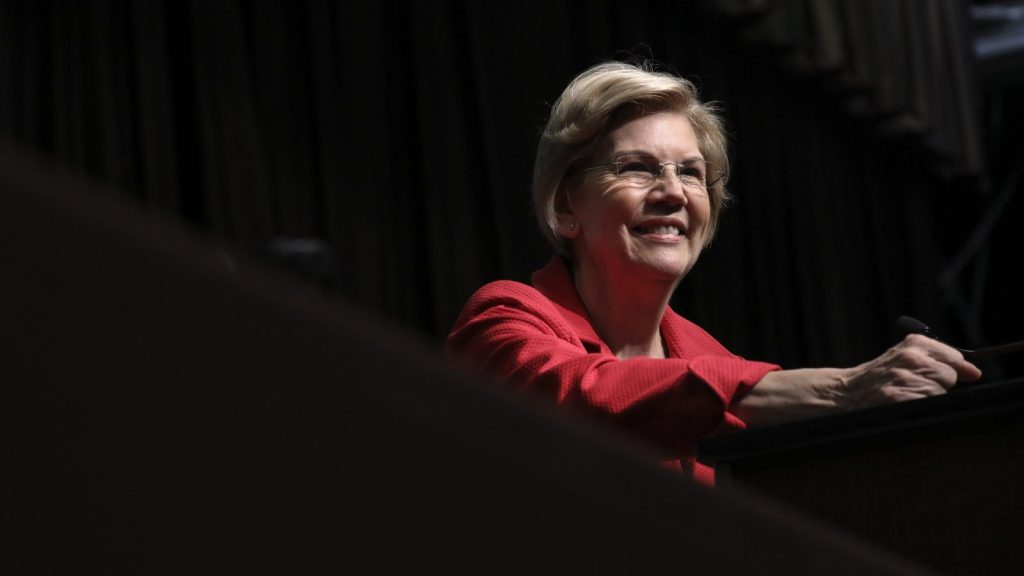 For all her experience and name recognition, Massachusetts Senator Elizabeth Warren is being out-fundraised by relative newcomers like Texas’ Beto O’Rourke and Indiana’s Pete Buttigieg this quarter. But when it comes to policy proposals, the Democrat is still outpacing most of her rivals in the 2020 Democratic primary.

On Monday, Warren released a proposal that promises, among other things, an executive ban on new offshore leases and drilling on government-owned lands on her first day in office. It marks her sixth policy plan in three and a half months, and is one of the primary field’s first climate proposals that touches on the themes laid out in the Green New Deal.

Warren’s proposal includes free access to national parks for American citizens and pledges to restore protections to national monuments like Bears Ears that were rolled back by the Trump administration. Most interestingly, she introduces the framework for the kind of conservation workforce that would put a smile on FDR’s face.

The 21st Century Civilian Conservation Corps, as she describes it, “will create job opportunities for thousands of young Americans caring for our natural resources and public lands.” The idea is to house the new corps under the umbrella of Americorps — the voluntary civil society program funded by the federal government.

If you squint you can see some similarities between Warren’s notion of putting 10,000 young Americans and veterans to work in conservation and the federal jobs guarantee laid out in the Green New Deal, which promises a family-sustaining wage to every American. The two plans, of course, borrow from Franklin Roosevelt’s economic stimulus package post-Depression in both name and content.

The centerpiece of the larger proposal is two-pronged: a moratorium on new drilling on federal lands with “a goal of providing 10% of [the nation’s] overall electricity generation from renewable sources offshore or on public lands.” Her idea effectively swaps oil and gas for renewable energy projects on public lands.

While some regions across the country have taken it upon themselves to impose their own temporary or permanent fossil fuel moratoriums, doing it on a federal level across all American public lands — more than 25 percent of the country’s total land — is unprecedented. Obama, in his last year as president, accomplished a portion of his (now partially dismantled) climate legacy through executive action. His administration removed certain areas of the country from oil and gas drilling, such as parts of the Atlantic Coast and Alaska, but also encouraged natural gas development as part of its “all-of-the-above” energy policy.

Warren’s public lands proposal contains seeds of what could grow into a full-fledged Green New Deal if the senator manages to clinch the presidency next year. Regardless of where she ends up, her plan is ambitious enough that her fellow 2020 contenders will likely feel the need to produce their own climate and environment proposals lickity-split.