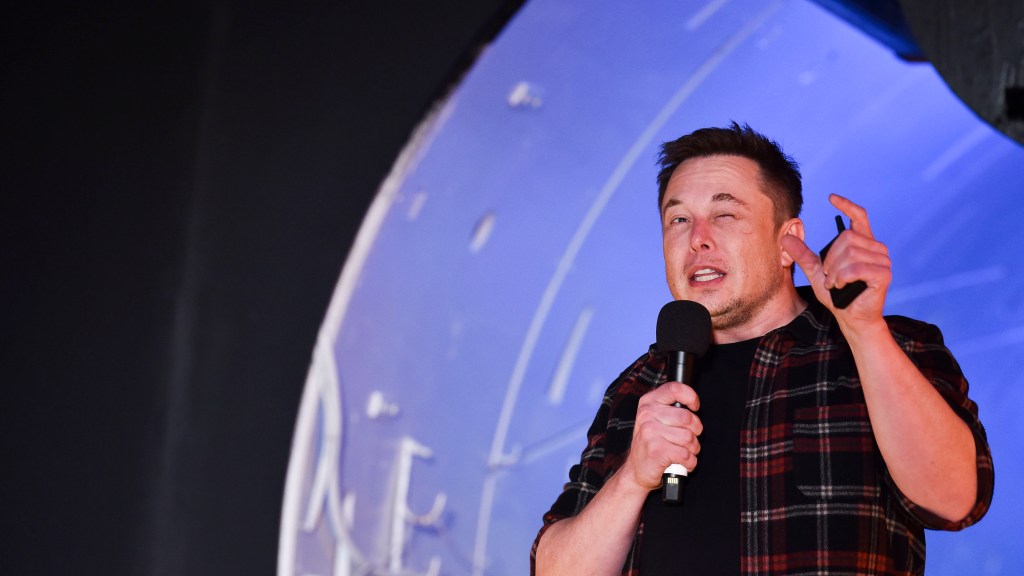 Elon Musk hates traffic and climate change, but his new tunnel project would only make both things worse.

This week in Hawthorne, California, Musk unveiled his latest “transportation disruptor” — a 1.1-mile-long, single-lane underground tunnel for cars that models his vision of an ultrafast, freeway alternative. Cars will supposedly be able to top 155 mph, but the short, bumpy test ride had a top speed of only 53 mph, and that in a car manually driven by a Tesla employee who had previously competed in the Indianapolis 500. One reporter who got to ride along compared the experience to “riding on a dirt road.”

"Imagine Catdog, but instead with the animals’ butts. Musk has melded the train and the car to create the transportation equivalent of butt-butt." https://t.co/CM3NKUEheu

when you fail upwards so many times that you defy physics and end up beneath the earth's surface https://t.co/QxeoZrsySJ

Just think, without the vision of Elon Musk, how else would cars travel between destinations at a moderate speed

If the point of Musk’s overly complex system is to move actual people, not cars (which he also happens to sell), this is a very bad idea. Some quick math shows why: Musk claims the tunnel will have the capacity of moving 4,000 cars per hour at 155 mph — that would require having cars enter and leave the tunnel via an elevator once every 0.9 seconds. But existing underground freeway alternatives (aka subways) can move 30,000 passengers an hour, more than if every 5-seater Tesla was full and Musk somehow figured out the capacity issues.

Musk says his new underground highway idea, if fully realized, would feel like “teleporting within a city.”

Musk isn’t just looking below ground for new superfast transportation methods. He is also currently developing a goddamn passenger rocket to take you from New York to Shanghai in 39 minutes. And yes! That rocket will be a whole lot more efficient than present-day rockets, but it’s still a ROCKET.

Musk is embarking on a philosophy of ecomodernism — the idea that doing what we’ve been doing (except more so!) will lead society down to a techno-fueled decoupling of the economy from environmental constraints. Musk’s bet is that by radically increasing efficiency of mundane industrial tasks — building cars, digging holes, making batteries — it will help usher in a carbon-free utopia.

If Musk’s goal is (as he says) to save the world from climate change, many of his “innovations” are not helping. Decades of evidence shows that making more cars and building our cities to accommodate them are bad ideas for almost everyone. Even factoring in the additional time cost of walking or riding your bike, it’s nearly always cheaper compared to driving.

All of these greener transportation technologies have been in use for more than 100 years — it’s the cars that have been the problem, not the answer. Musk’s tunnels could be a game changer, but only if they’re digging more subway lines.