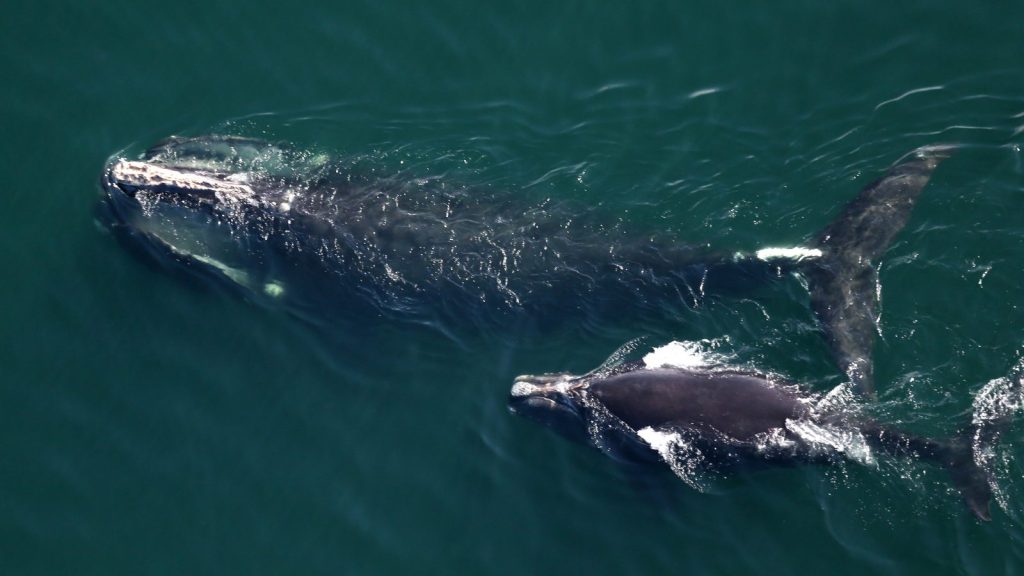 There’s one kind of “gun” control that many south Carolinians seem to agree on — stopping the use of seismic airguns to search for oil and gas deposits in the Atlantic ocean.

OK fine, airguns are actually a kind of horn, but that doesn’t mean they’re harmless. Even before any new offshore drilling can take place in the Atlantic, this type of oil and gas exploration could be devastating to coastal communities and marine life — including endangered right whales.

Seismic airgun blasting works like this: a ship tows an array of airguns, which release powerful bursts of compressed air through the water and into the seabed approximately every 10 seconds. The blasts can continue 24 hours a day for weeks at time. By documenting the reverberations sent back up to the ship, surveyors can figure out what’s beneath the sea floor.

In November, the National Marine Fisheries Service, a federal agency responsible for conserving resources and preventing lost economic potential associated with unsustainable fishing practices, authorized five geophysical services companies to use sonic blasting off the shores of east coast states stretching from New Jersey to Florida. The permits give the companies permission to “incidentally, but not intentionally harass marine mammals” as they use airguns to search for fossil fuels along the ocean floor.

That harassment has a lot to do with the deafening noise associated with the blasts. “Imagine a hand grenade going off around your house every 10 to 15 seconds,” says Scott Kraus, vice president and chief scientist of marine mammal conservation at the New England Aquarium. The blasts can continue to raise noise levels even miles away, he says.

The North Atlantic right whale could be extinct in as little as two decades. Scientists fear that allowing seismic airgun blasting now — which hasn’t been done in the region for over 30 years — could keep the species from bouncing back. Right whales are already under stress from ship strikes, commercial fishing (they get tangled in fishing lines), and climate change. “We need to minimize all potential stressors for it to recover and noise is a significant stressor,” says Kraus.

There were no calves born during right whales’ last breeding season. Kraus points to recent research from Syracuse University that shows that communication between mother right whales and their calves is extremely quiet, and a change in ambient noise levels could disrupt that communication.

Humans with a close relationship to the sea could also be harmed by the airgun blasts. It could disrupt the fishing industry and reduce catch by up to 80 percent, according to a statement released by the South Carolina Small Business Chamber of Commerce. The Chamber is also concerned that the blasting could “release toxic chemicals from deteriorating canisters of conventional and chemical munitions and drums of radioactive waste that have been dumped along the Atlantic Coast, including South Carolina’s, for decades.”

In response to the newly issued airgun permits, two lawsuits were filed this month against the National Marine Fisheries Service. One was filed by the South Carolina Small Business Chamber of Commerce and 16 cities along the state’s coast. Several leading environmental groups also filed suit, including the Sierra Club and the National Resources Defense Council.

The lawsuits allege that the Fisheries Service violated the Marine Mammal Protection Act, the Endangered Species Act and the National Environmental Policy Act when it granted the permits. The Fisheries Service is part of the National Oceanic and Atmospheric Administration (NOAA), the federal government’s scientific agency charged with “conserv[ing] and manag[ing] coastal and marine ecosystems and resources.”

“While the administration continues to place the interests of the fossil fuel industry ahead of our precious natural resources, attorneys general up and down the Atlantic coast will fight efforts to open the waters off our shores to #offshoredrilling. #blocktheblast.” Attorney General Frosch tweeted.

NOAA declined to comment on the suits, but said in a press release that its authorizations require “monitoring, reporting, and mitigation measures to reduce the impacts of survey activities on marine mammals.” The plaintiffs, however, say that it’s not enough.

“It’s hard to believe that NOAA, the agency charged with protecting species… would find a way to issue these permits,” says Catherine Wannamaker, senior attorney for the Southern Environmental Law Center. “To find a way to authorize these permits against that backdrop is pretty incredible and pretty typical of what seems to go on the environmental world with the Trump administration.”

The seismic airgun survey permits are all part of the president’s larger proposed plan to open up 90 percent of U.S. waters to offshore oil drilling.

“All of this is needless harm. And completely out of step with coastal communities who have the most to lose from dangerous seismic airgun blasting,” says Diane Hoskins, campaign director at the advocacy group Oceana — another plaintiff in one of the suits. She adds that it’s a precursor to a larger threat: “Seismic airgun blasting is the first step to offshore drilling. When they drill they spill. We cannot afford another disaster like BP’s Deepwater Horizon.”