England has a new plastic bag fee, so Brits are holding funny auctions on eBay 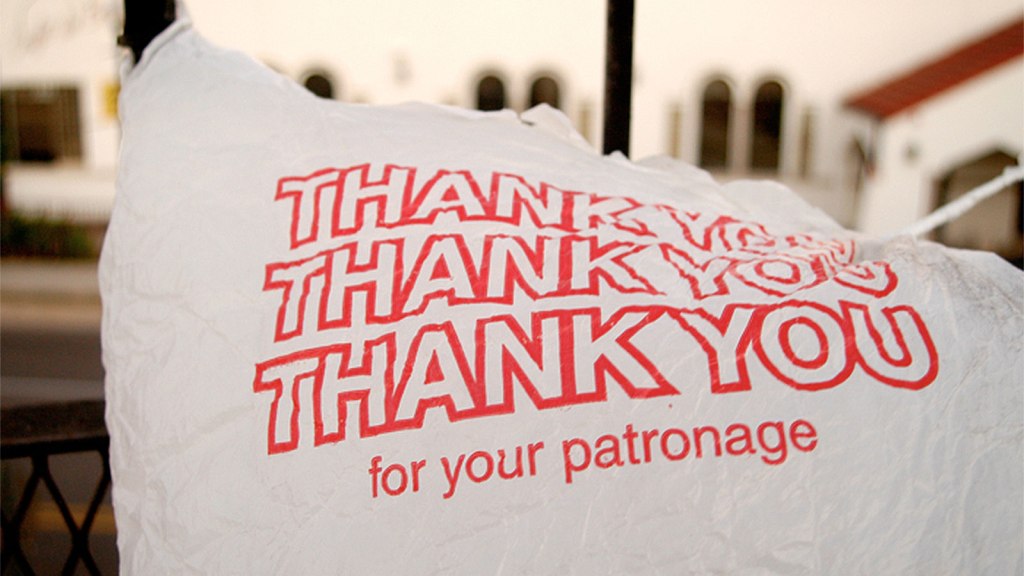 England has a new plastic bag fee, so Brits are holding funny auctions on eBay

British litter bugs are the worst.

As least, that’s according noted trash-picker David Sedaris, who told British members of Parliament earlier this year that there’s no trash like British trash. “Why should everyone live in a teenagers’ bedroom?,” Sedaris told the MPs. “Peek into a hedge here and it’s like a trash can … In London you’ll see trees with bags of dog crap under them.”

But this could be changing. Well, at least the bag part.

On Oct. 5, England added a 5 pence (about 8 cent) fee for plastic bags sold by retailers with more than 250 employees. The government hopes the charge will save $100 million in litter cleaning costs and $20 million in carbon savings in the first decade.

Taxes have proven, again and again, to reduce the number of plastic bags used by consumers. A 5p tax in nearby Wales led to a 71 percent reduction in use over four years. Recent data from Washington, D.C., shows the American capital’s $0.05 tax reduced plastic bag usage by more than 50 percent.

The bag fee has also inspired a market, as CityLab points out, with entrepreneurial Brits auctioning off old Tesco and Sainsbury’s bags on eBay. One seller, for instance, lists a crumpled Asda bag for £0.99 (about $1.50). “Grab a piece of history,” the listing reads, “from the good old days when you didn’t have to get a 5p thick plastic bag or get your kids to carry the shopping. Handles are still intact.” Another seller lists one Tesco bag for the bargain price of a single pence. “Plastic carrier bag,” reads the ad, “one careful owner … excellent condition for its age. Serious bidders only.”

Of course, not all Brits are amused by the bag fee. The Local Government Association has expressed concern that the move will increase shopping cart theft, and Matthew Sinclair of the Taxpayers’ Alliance said the charge was unnecessary and would have little impact on overall waste. “I don’t think that for every problem the answer is a new tax,” Sinclair said. “There are already a number of different schemes to encourage people to think about using reusable bags, there are other schemes which involve using the carrot rather than the stick of a new tax.”

Ahh, the old any-tax-is-bad-tax argument. As world famous trash-collector David Sedaris wrote, “If you’re looking for sympathy, you’ll find it between shit and syphilis in the dictionary.” Good luck surviving your bag fee, Brits. We’re pretty sure if Washington, D.C., can get used to it, you’ll survive too.