Farmworkers are dying from extreme heat 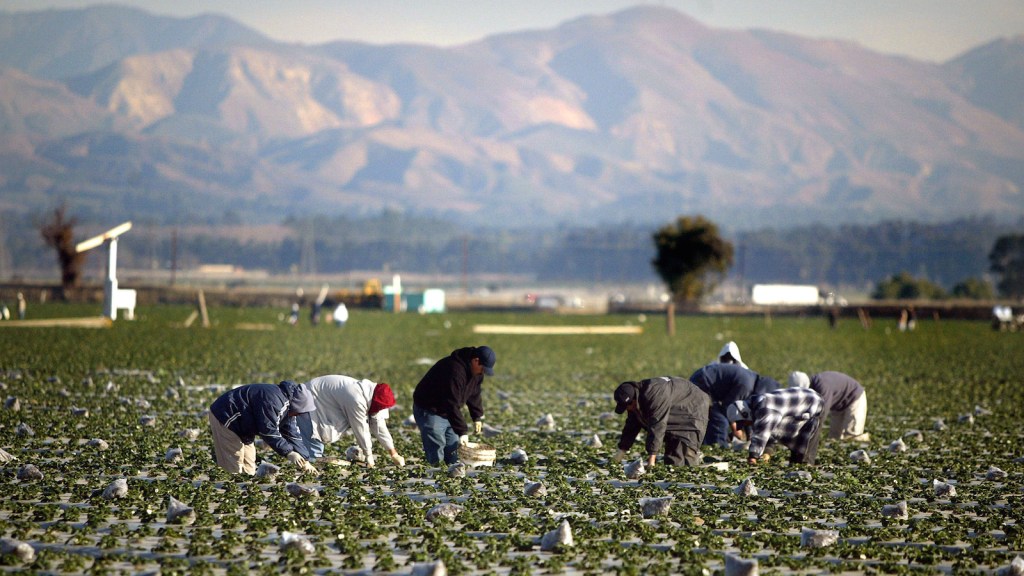 Farmworkers are dying from extreme heat

On June 16, Miguel Angel Guzman Chavez arrived in Georgia from Mexico. He was 24 years old and went right to work picking tomatoes. The Georgia heat was consistently more than 90 degrees, and on June 21, the temperature soared to 95 degrees. That day, Chavez collapsed in the field, suffering from heat stroke, which then led to cardiac arrest. Less than two hours later, he was pronounced dead at the Colquitt Regional Medical Center.

“People don’t realize what a serious problem this is,” David Arkush, managing director of the climate program at Public Citizen, tells Mother Jones. When farmworkers are out picking tomatoes or spraying pesticides in the high heat, they can be exposed to heat-related illnesses, some of which can lead to death if left untreated. According to Public Citizen, 130 million workers who make their living outside — from farmworkers to construction workers — lack heat stress protections. Between 1992 and 2016, nearly 70,000 workers were seriously injured from heat, and 783 of them died.

Since farmworkers are often from marginalized groups like undocumented immigrants — the Department of Labor estimates 47 percent of them are undocumented — fear of deportation can lead to a reluctance to report incidents or even seek medical attention. That means the real numbers may be even higher. Amid the Trump administration’s crackdown on immigrants coupled with the reform of the visa system, many farmers have been struggling to find workers.

The overwhelming majority of scientists agree that human-made climate change is making the planet hotter. According to NASA and National Oceanic and Atmospheric Administration data complied by Climate Central, a nonprofit news organization that analyzes climate data, the 10 warmest years on record have all occurred since 1998. More alarmingly, the five hottest years have all been in the 2010s, with 2016 being the warmest year ever recorded. With global warming come extreme weather conditions, including unprecedented heatwaves that can turn deadly. Every demographic will feel the effects of rising temperatures, but people who work outdoors — like Chavez and the estimated 2.5 million farmworkers in the United States — are already feeling the effects.

Those exposed to high heat are susceptible to a variety of heat-related illnesses ranging from rashes and cramps to heat stroke that damages the kidneys and brain. If steps aren’t taken to cool the body down immediately, extreme heat can also lead to death. The long-term effects have not yet been firmly established, but there is emerging evidence that working outdoors in extreme temperatures can also lead to chronic kidney disease.

The federal government requires each employer to maintain a safe workplace, but it offers very few specific protections for outdoor workers at risk of heat illnesses. On the state level, only three states have issued guidelines for employers on ways to protect their workers from heat stress, but those guidelines lack any power of enforcement. Together with United Farmworkers and Farmworker Justice, Public Citizen has launched a campaign to petition the Occupational Safety and Health Administration (OSHA) for uniform national standards that can protect workers from heat-related illnesses and injuries.

In 2005, the California legislature became the first in the country to pass standards for protecting workers against heat stress. These regulations require employers to provide access to shade and drinking water and to enforce mandatory periods of rest during work shifts. In 2012, the United Farm Workers of America sued the California Division of Occupational Safety and Health, alleging that between 2005 and 2012, 28 farmworkers died from heat-related illnesses. “In farm working, there’s a huge number of migrant laborers, immigrants, and people who don’t speak English,” Arkush explains. “And companies feel like they can get away with exploiting those people.”

Heat-related injuries and deaths among farmworkers cast light on the terrible vulnerabilities these workers face. In 2008, California had six heat-related deaths in the field. Maria de Jesus Bautista, a 62-year-old farmworker in Thermal, California, was picking grapes in 110-degree weather. She returned home that evening with a headache and high fever. Her son, Francisco Alvarez Bautista, found her wrapped in a blanket, lying on the sofa, complaining about being cold — despite the soaring temperatures that day. Maria died two weeks later.

After her death, her son said she felt pressured to keep pace with her coworkers. “Some of the ways in which workers are at risk is just the pace of work,” explains Virginia Ruiz, director of occupational and environmental health at Farmworker Justice. “When workers are paid by the amount they pick, there’s a reluctance to take a break.”

In 2013, California state officials shut down the Etchegaray Farms after a farmworker collapsed and died on a citrus orchard outside of Bakersfield, California. Juan Ochoa was checking irrigation equipment in 106-degree weather when he collapsed. Ochoa, who was 37, was from Mexico and had been working for almost a year. When officials came to inspect the farm, they found several violations of California’s heat regulations, including no access to shade. The farm was allowed to reopen once it was compliant.

These tragedies could likely have been avoided if the workers had been required to take regular breaks in the shade — which can often be the difference between life and death. The Centers for Disease Control and Prevention recommends rest periods for workers to hydrate and longer rest breaks for newer workers or those who haven’t grown acclimated to being outside for long periods of time. That, Ruiz says, is where you see most of the major injuries and fatalities.

In the petition to OSHA, the groups are asking for fairly simple protections to limit deadly exposure to the heat. “The most important protections to provide are to require access to rest, shade, and water breaks,” Arkush says. Knowing what to look for and how to work in the heat are also important aspects of working in agriculture that could help save lives, because, Arkush notes, workers often receive no “training or information about warning signs [or] how to prevent stress.” California requires sharing this information, as well as mandatory rest and water breaks, but there are often violations of the law. “There’s noncompliance,” Ruiz says, “and in isolated and rural areas, there aren’t enough inspectors going out there.” In 2016, California’s division of occupational safety and health reported only 62 percent of agriculture employers were complying with heat regulations.

With rising temperatures, the problem will only get worse if the federal government doesn’t step in. “It’s entirely preventable,” Ruiz says of heat-related illnesses, “but I think we’re going to see them more frequently as we have these spikes in temperature across the country.”