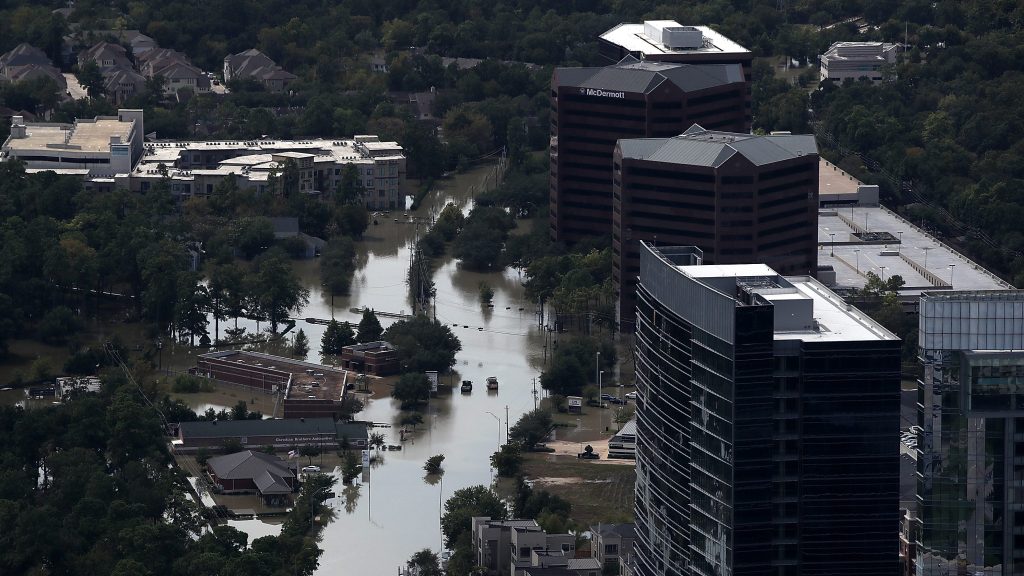 A Federal Reserve researcher warned in a report on Monday that “climate-based risk could threaten the stability of the financial system as a whole.” But possible fixes — using the Fed’s buying power to green the economy — are currently against the law.

Glenn Rudebusch, the San Francisco Fed’s executive vice president for research, ranks climate change as one of the three “key forces transforming the economy,” along with an aging population and rapid advances in technology. Climate change could soon hit the banking system “by storms, droughts, wildfires, and other extreme events” making it harder for businesses to repay loans.

Rudebusch warns that crops and inundated cities have already started to hurt the economy: “Economists view these losses as the result of a fundamental market failure: carbon fuel prices do not properly account for climate change costs,” he writes. “Businesses and households that produce greenhouse gas emissions, say, by driving cars or generating electricity, do not pay for the losses and damage caused by that pollution.”

A hefty carbon tax alone wouldn’t be enough to fix the problem — what he calls an “intergenerational and international market failure.”

Since Congress has yet to take sufficient action, Rudebusch says that the Fed could, in theory, take matters into its own hands by encouraging a shift away from fossil fuels. The problem is, the Fed’s only official job is to keep inflation tame and unemployment low. And its tools are limited to buying and selling government debt to tweak interest rates.

That means it can’t help companies make a shift to a low-carbon economy by, for instance, lending them money in the bond market. By contrast, the European Central Bank has been buying “green” bonds since 2016. An ECB research note last July found that those purchases have helped boost the market for these kind of investments, helping spur environmental improvements.