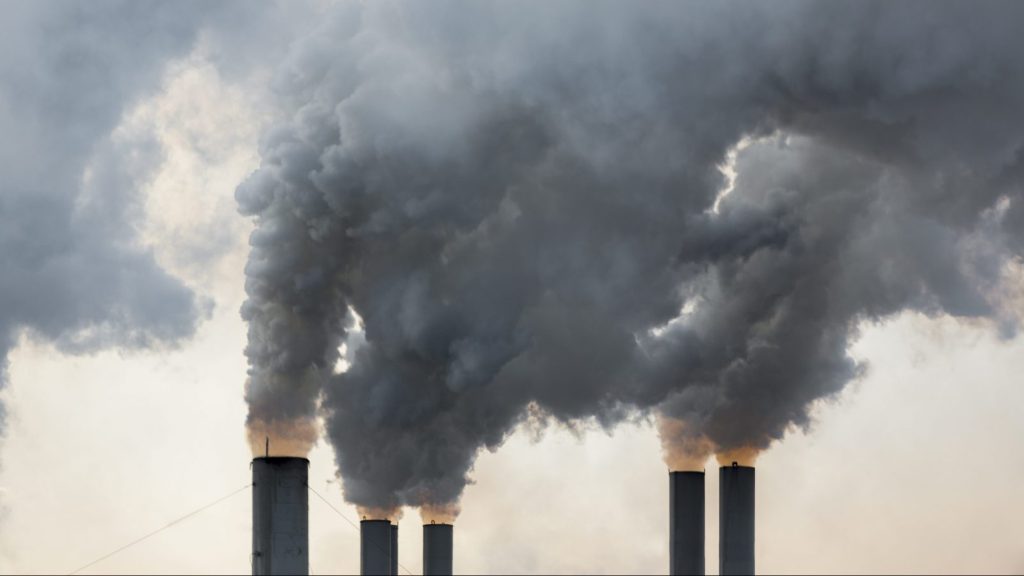 Climate advocates have been pressuring U.S. insurance companies to end their support for the dirty energies driving the global crisis, and last week they claimed their first big win.

Chubb Ltd., the nation’s largest commercial insurance company, announced it will move away from insuring and investing in coal. It becomes the first major U.S. insurance company to take such action, joining more than a dozen European and Australian insurers that have already adopted similar policies.

Chubb will no longer underwrite the construction of new coal-fired power plants, according to the policy. It will also stop investing in companies that generate more than 30 percent of their revenues from coal mining or production, as well as phase out existing coverage for mining and utility companies that exceed the 30 percent threshold.

“Chubb recognizes the reality of climate change and the substantial impact of human activity on our planet,” Evan G. Greenberg, the company’s chair and CEO, said in a statement. “The policy we are implementing today reflects Chubb’s commitment to do our part as a steward of the Earth.”

The United Nations’ Intergovernmental Panel on Climate Change warned in a report late last year that world governments have just 12 years to halve global carbon emissions in order to avoid catastrophic warming. It pegged the cost of climate-related damages caused by a rise in global warming of 1.5 degrees Celsius (2.7 degrees Fahrenheit) above pre-industrial levels at $54 trillion. At 2 degrees Celsius, that figure jumps to an estimated $69 trillion. The world has already warmed from the pre-industrial mark by 1.1 degrees Celsius.

Much of the future costs of climate change will fall on insurance providers. Global insurance losses from extreme weather and natural disasters in 2017 and 2018 reached $219 billion, a record for a two-year period, according to a recent report by Swiss Re Group, a reinsurance company based in Switzerland. Swiss Re announced last year that it will no longer insure businesses with more than 30 percent thermal coal exposure, a move it said supports a global transition to a low-carbon economy.

The insurance sector controls enormous sums of money through investments and is critical to getting fossil fuel projects approved and financed, meaning insurers “occupy a central role” in determining the severity of future planetary warming, said Ross Hammond, senior strategist for the Insure Our Future campaign. By backing and investing in coal and other fossil fuels, insurers are not only making climate change worse, but ultimately costing themselves more money, he said.

Chubb and its subsidiaries have around $2.9 billion invested in fossil fuel companies, according to the California Department of Insurances Climate Risk Carbon Initiative.

“Chubb’s announcement is a clear sign that coal is becoming uninsurable worldwide,” Mary Anne Hitt, director of the Sierra Club’s Beyond Coal campaign, said in a statement. “With the U.S. industry joining this global trend, governments and power utilities should see that the industry is moving beyond coal.”

Hammond applauded Chubb for taking action to address the climate threat, but said its policy is “not up to snuff” with those that European companies have adopted. He called on the company to go further by excluding new coal mines and tar sands oil investments.

Insure Our Future plans to ramp up efforts to force other U.S. insurance companies to follow suit, namely such industry giants as AIG, Liberty Mutual, and Berkshire Hathaway.

“If what happens in the U.S. is similar to what’s happening in Europe, it takes one company to get this ball rolling,” Hammond said. Still, he said he expects other insurers won’t adopt climate-friendly policies without a fight.

AIG, Liberty Mutual, and Berkshire Hathaway did not immediately respond to HuffPost’s requests for comment.

In annual reports to the U.S. Securities and Exchange Commission, AIG acknowledges that climate change is human-caused and “potentially poses a serious financial threat to society as a whole, with implications for the insurance industry in areas such as catastrophe risk perception, pricing, and modeling assumptions.”

The Reinsurance Association of America, a trade group of property and casualty reinsurance companies, adopted a climate change policy in 2008, committing to “support climate change awareness for insurers and policyholders.” Reached by email Wednesday, a spokesperson for RAA told HuffPost the group does not comment on strategies its members are considering in response to changing market dynamics.