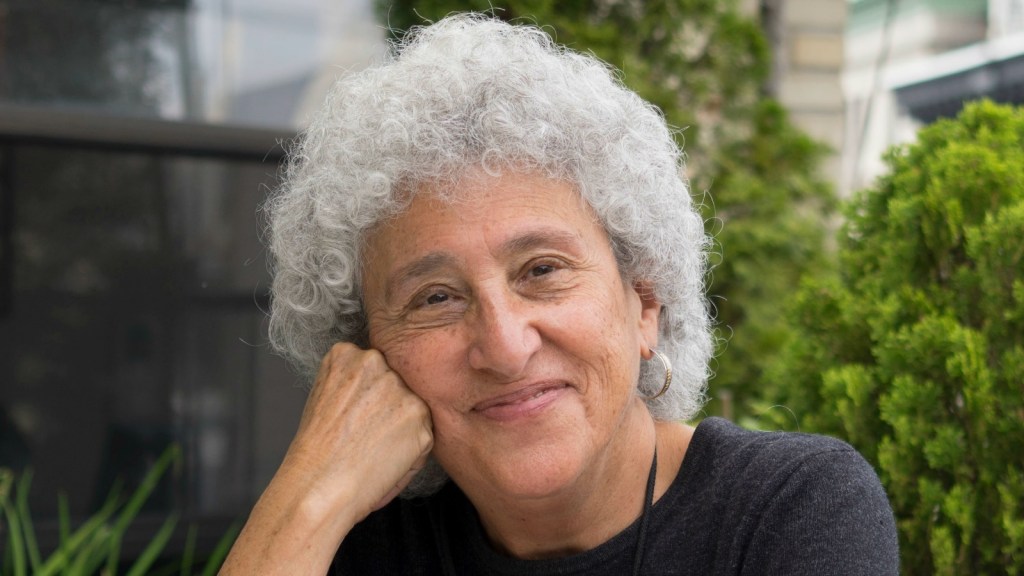 Today, Nestle is a professor of nutrition at NYU in a program she cofounded in 1996, then offering the first food studies program in the country. Michael Pollan considers her among the world’s most powerful foodies, second only to Michelle Obama. And — just to drive it home — she has more than 140,000 Twitter followers.

In her tenure at the forefront of the U.S. food movement, Nestle has seen plenty of change. But this November was big. Donald Trump, apparent Big Soda champ, became president-elect, and after years of industry resistance, five communities, including San Francisco, Boulder, and Chicago approved taxes on sugary soft drinks. Nestle is hesitant to predict the future. “I don’t have a crystal ball,” she says. But, “I think one of the fascinating things about Trump is nobody has any clue as to what he really thinks.”

We sat down at Grist HQ in Seattle to talk sustainable nutrition in a post-Trump world. Our edited and condensed conversation follows.

Q. What do you expect from the Trump administration?

A.I  think of myself as a completely predictable person. You talk to me for a while, you can pretty well guess my opinion about just about anything having to do with food. I don’t know how to do that with him.

I was at a meeting in Boston of food industry executives, some of whom are clearly Trump supporters. One of them actually admitted it publicly. And he said he didn’t have any idea what Trump was going to do.

Q. Does the way Trump’s stacking his cabinet give some window into what he’ll do?

A. The people that he’s talking to seem to have far more consistent positions on issues that deal with social matters, and the kinds of issues that I’m concerned about. So that’s quite alarming.

[Our conversation is briefly interrupted when Nestle’s colleague leans into the room. On his way out, he says, “You can Google pot stores so you’ll be able to find them.”]

Oh yeah, I want to find a pot store. Somebody will point me to one. I want to look at the products. I’m interested in edibles.

Q. Oh really? What are you looking for?

A. Well, I’ve written about it a couple of times. I write about food politics, and there’s a lot of food politics in the edibles … So this is an academic interest in a funny kind of way.

I’m not a user myself because I had a very, very bad trip many, many years ago, and I haven’t touched it since. It was not an experience I wanted to repeat. I ate a brownie. Nothing happened. I ate another one. Bad mistake.

Q. Do you see parallels between marijuana legalization and soda taxes?

A. Yeah. They’re a great way to generate revenue. On the other hand, it makes the state complicit, in a way, for having the sales of those products continue. That’s a tricky business with this.

Q. So then, what’s the future of soda taxes?

A. Oh, they’re spreading everywhere. And you kill two birds with one stone: You make your population healthier and you get revenue. Hard to argue with that.

So then, the question is, how is the soda industry going to deal with this?

They’ve just spent a fortune on opposing these things, with some wins and some losses. But I thought it was telling that every single one of the elections won, and won by substantial margins.

So, is the soda industry going to take every single one of these to court? Do they think this is such a serious issue that they’re going to sink, what to any normal person seems like a phenomenal amount of money? I mean, it’s not, if you’re making billions a year, I suppose. But it sounds like a lot to me.

Q. As more people care about food’s role in health, will good health become a bigger part of business models?

A. Yes and no. Businesses’ job is to sell products. And really it’s not any more complicated than that. If they promote health, they get social responsibility credits. But if the products don’t sell, their stockholders get upset and that’s the end of it.

Every major food company is going “natural” to the extent that it can get away with. Will this make people healthier? I don’t know. It depends on what else they eat.

Q. Wonderful. Thank you so much for chatting today.

A. Great! Where is this marijuana shop? I want to go look at it.