On a crisp and rainy May morning on the Pine Ridge Indian Reservation in South Dakota, Henry Red Cloud recounted his team’s strategy for planting more than 1,000 ponderosa pine saplings in six short hours. Over coffee, he detailed the day’s agenda, location, and logistics with six staff members and three volunteers — a small crew compared to most planting days.

“There’s no getting to the burn-site,” he said. “There has been too much rain, so we will go over to one of the residential sites.”

Six years ago, Henry watched a wildfire rip across 25,000 acres of Pine Ridge Indian Reservation land only 20 miles from his home. Since that time, he says he’s noticed an increase in erosion and landslide events thanks to more sustained moisture over the spring and summer months. 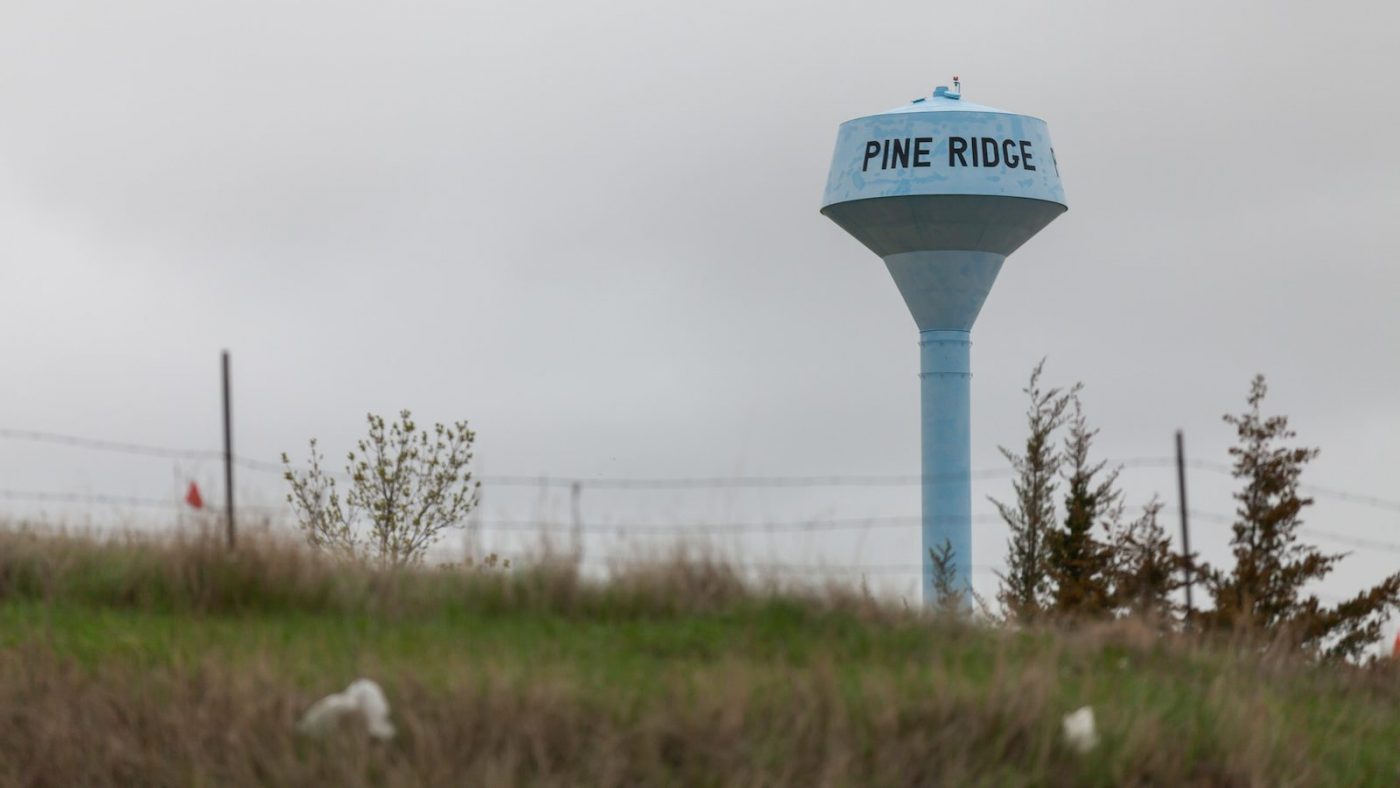 “Due to climate change, we now have the potential to see rain all summer long,” he said.

A member of the Oglala Lakota Sioux and a fifth-generation direct descendant of the Lakota warrior Chief Red Cloud, Henry Red Cloud is focused on resiliency — both through reforestation of the land and teaching tribal communities about sustainable energy. In partnership with the organization Trees, Water, and People, a non-profit based out of Fort Collins, Colorado, Red Cloud and his team have planted more than 100,000 ponderosa pines on Pine Ridge over the past six years. Once they reach maturity, the trees will help prevent landslides, support biodiversity, and provide windbreak and shade for community members. 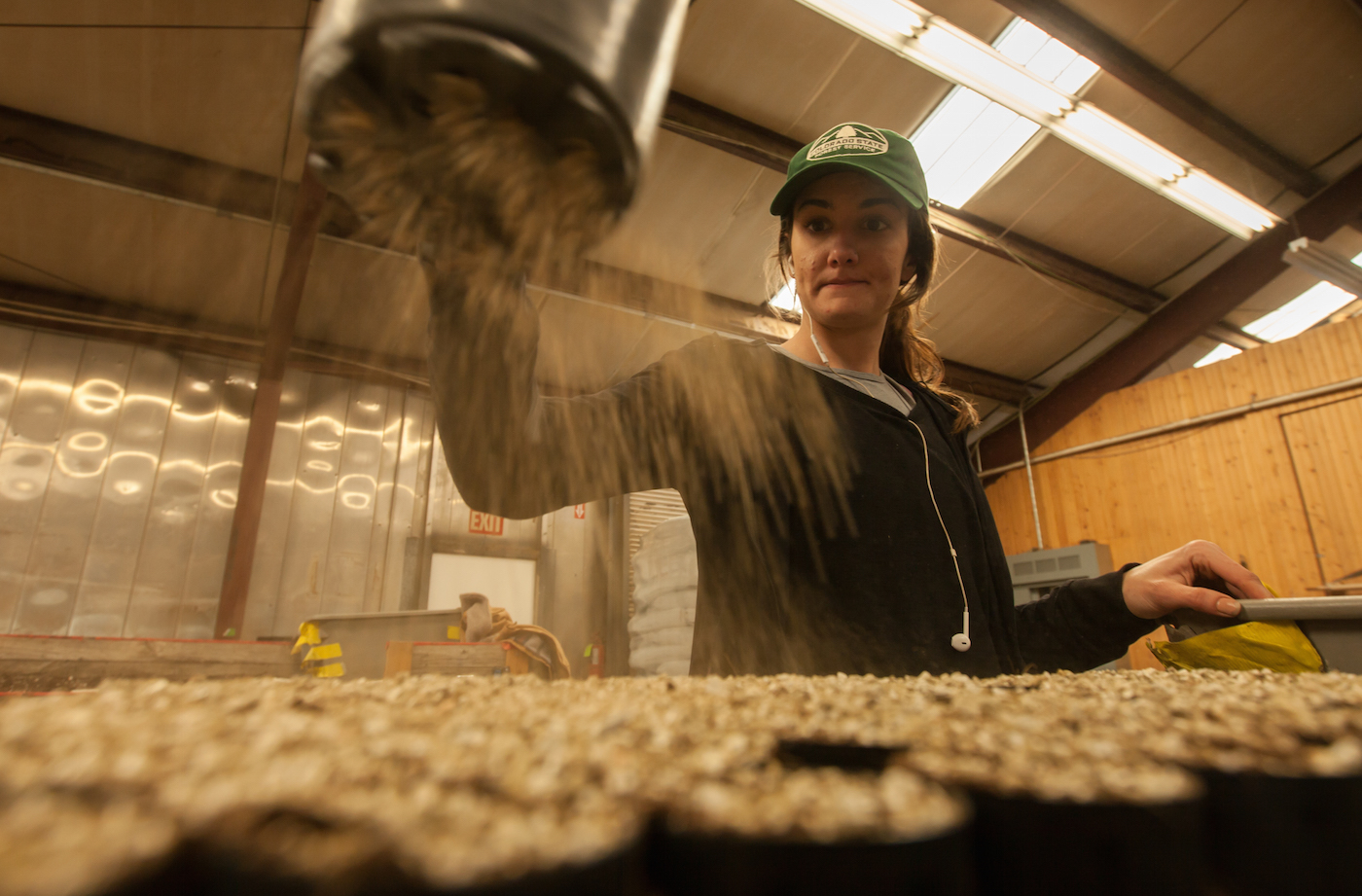 Hannah Eining, an employee of the Colorado State Forest Service (CSFS) meticulously cares for ponderosa pine seedlings at the CSFS tree nursery. Located in northwestern Fort Collins, Colorado, the nursery team harvests native tree seeds from the Black Hills, raises them into saplings, and transports them back to Pine Ridge for planting. Grist / Alex Basaraba

Indigenous-led efforts like Red Cloud’s may play an important role in developing an effective global response to the threat of climate change. According to a new Intergovernmental Panel on Climate Change report, released Monday, which outlines the impacts of global warming and offers strategies to stave off the worst of them: “Many scholars argue that recognition of indigenous rights, governance systems, and laws is central to adaptation, mitigation, and sustainable development.” 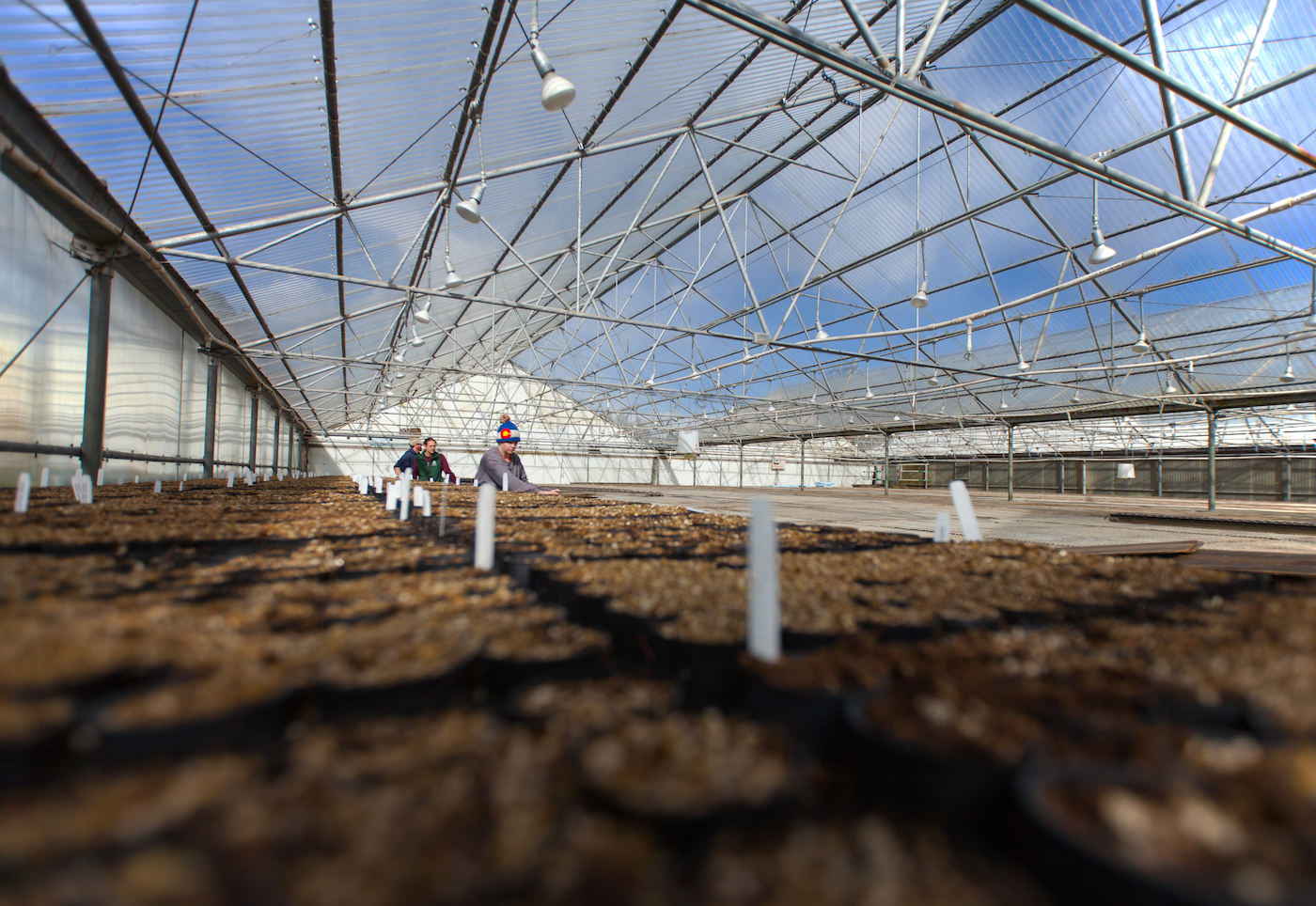 While tribal innovators like Red Cloud may be on the front lines of combatting climate change, tribal communities are among those most at risk. Today, Native American reservations face unique and disproportionate impacts associated with warming, such as the loss of culturally significant food, medicines, and knowledge, as well as reduced access and rights to water.

“Reservations were put on land nobody else wanted because it was too hot, cold, or windy,” Red Cloud says.

On Pine Ridge, the increasingly harsh conditions exacerbate high poverty rates and inadequate housing. In general, the average tribal household spends a higher percentage of its financial resources on electricity and heat than any other in the country. Winters can be long and cold here, and about 30 percent of people live without electricity. 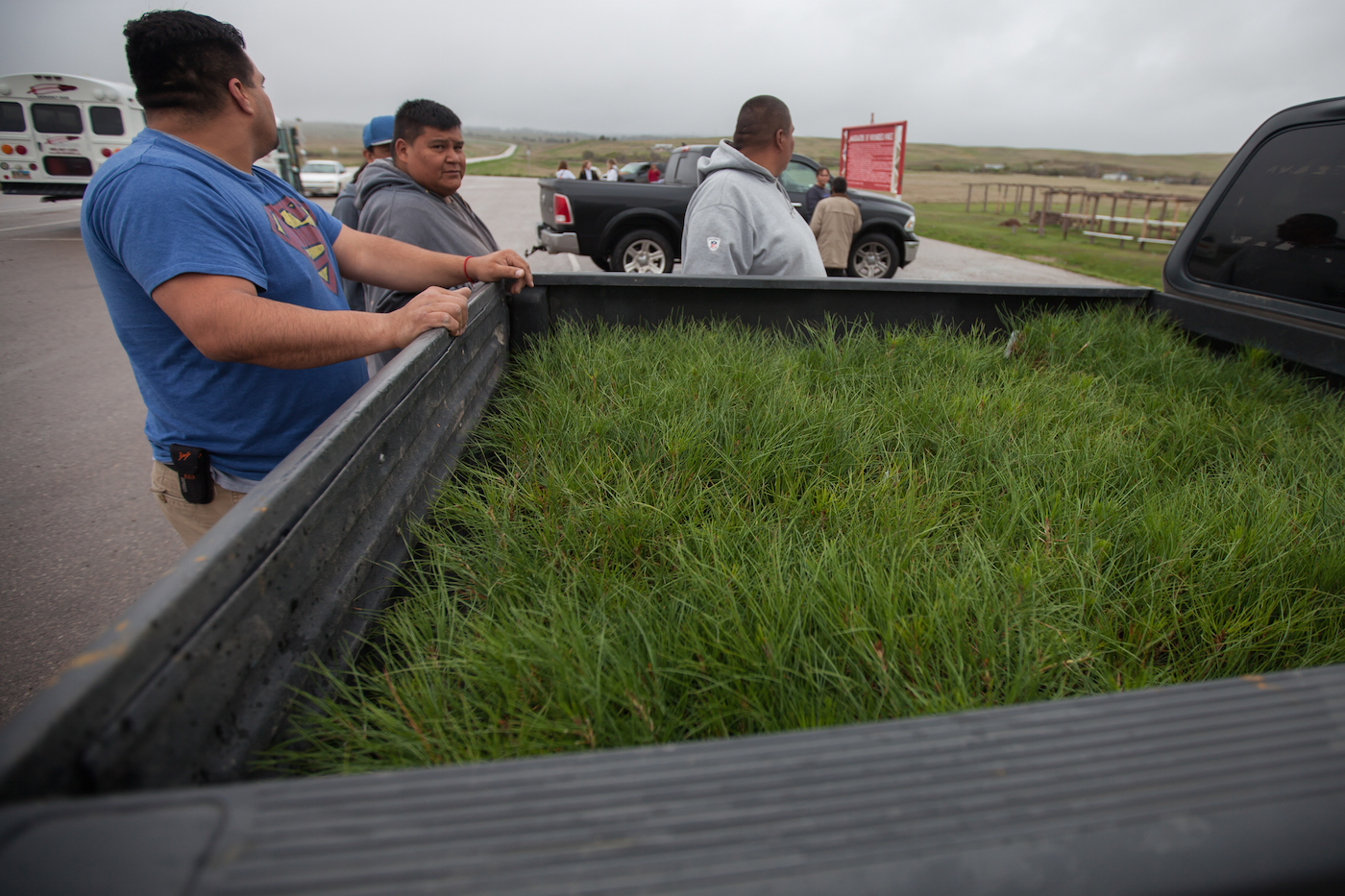 By learning how to build and install small-scale solar furnaces, lighting systems, and water pumps, Red Cloud hopes individuals are able to bring these tools back to their own communities. Only five hours north at Standing Rock Reservation, Red Cloud and his team provided workshops on small-scale solar and off-grid renewable systems to hundreds of activists at the Dakota Access Pipeline Water Protector camps during the brutal 2016-17 winter.

According to a recent report from the National Renewable Energy Laboratory, tribal lands across the U.S. (including Pine Ridge) have vast potential for renewable energy and much of those resources have not yet been harnessed. Investing in renewable technologies, Red Cloud says, provides jobs, energy savings, and economic opportunity.” 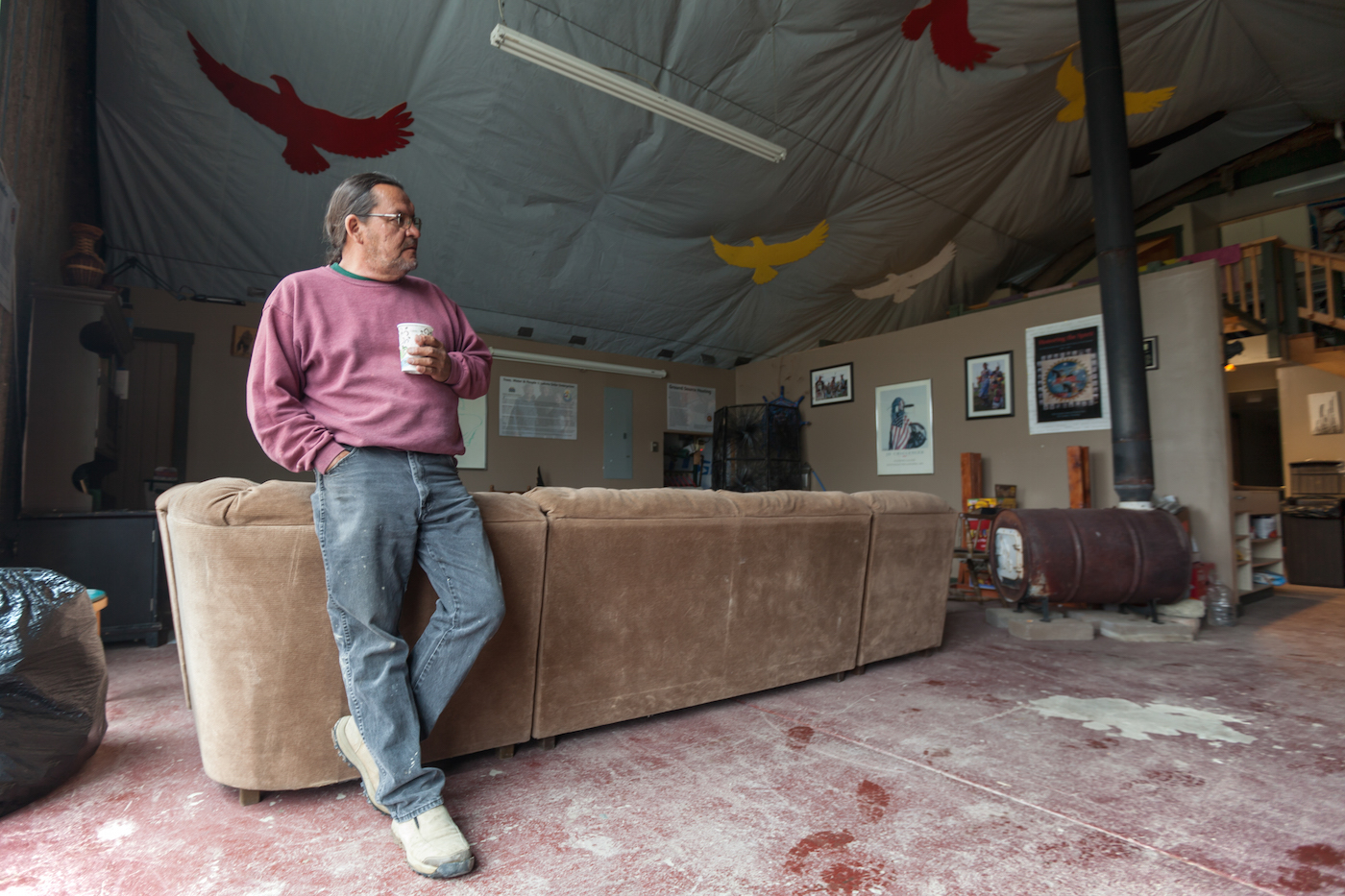 At his training facility, the Red Cloud Renewable Energy Center, Red Cloud’s workshops range from do-it-yourself solar air furnace builds and straw bale home construction to wind turbine use and reforestation techniques. Inside a large Quonset hut warmed by a wood-burning barrel fireplace, the center provides staff, volunteers, and guests with cozy dormitory-style accommodations, hot showers, and a family-style dining area. The walls and ceiling are brightly decorated with art and photos. The white dry-erase board showcases diagrams and scribbles highlighting effective reforestation techniques leftover from the prior week’s training.

Recently, Red Cloud was nominated for the prestigious Oceti Sakowin Fellowship with the Massachusetts Institute of Technology. And at 59, there are no signs of him slowing down. Whether it’s in preparing a new team of volunteers to plant saplings or leading a workshop on residential-scale solar furnaces, Red Cloud says he plans to continue to work towards building a more resilient and sustainable future for his people and for indigenous communities across the United States.

“That is my role,” he says, “to share my knowledge and to help bring awareness.” 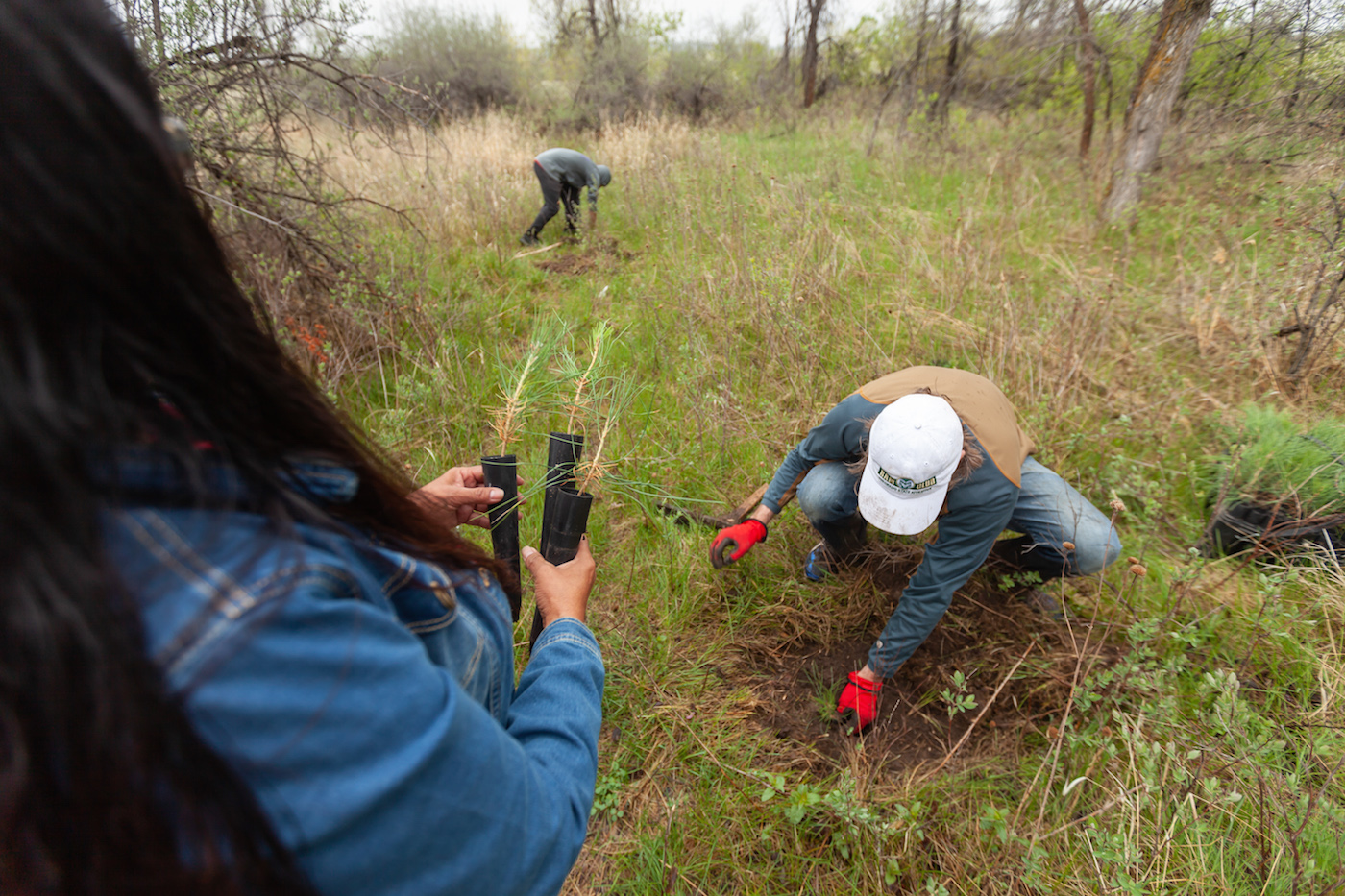 As the rain began to let up outside the center, Red Cloud climbed into his truck for the short drive to the greenhouse. The thousands of vibrant, green saplings covered every available space on the floor and counter, their pungent aroma slowly covering the staleness of the damp, moldy greenhouse air with the sharpness of fresh pine.

To Red Cloud, this work is about supporting economic opportunity and resiliency to climate change. He hopes that it empowers people to carry forward a vision shared by his ancestors to build a better life for the next generations — “a new way to honor the old ways,” he says.