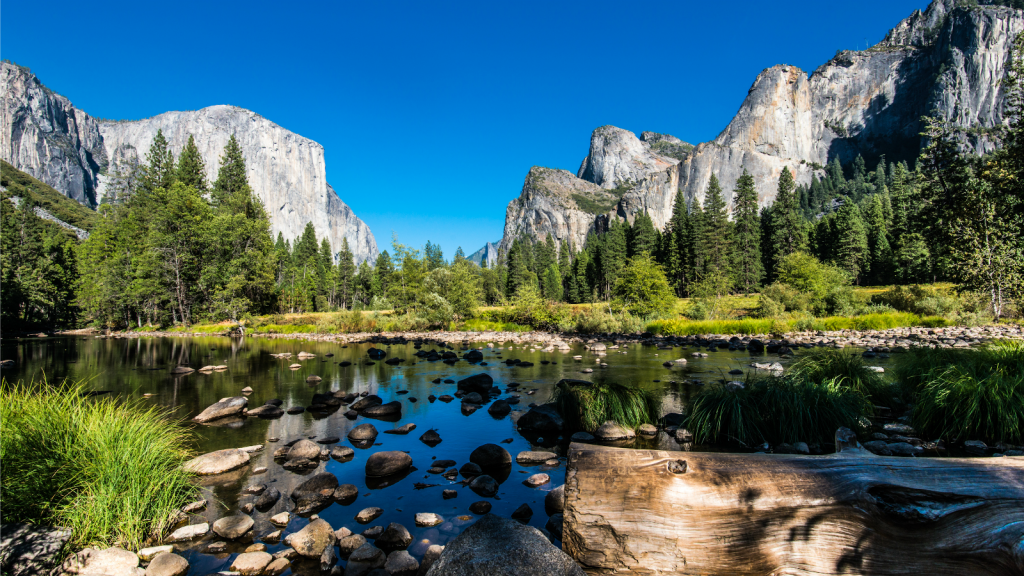 In Trump’s America, Sarah Palin might be the next secretary of the Interior Department. According to an anonymous Politico source, the former Alaska governor and onetime vice-presidential hopeful is being considered for the job, and Trump has already said she will certainly hold a place in his cabinet. Other people reportedly on Trump’s short list for the Interior Secretary position include oil barons and Trump’s own son, Donald Trump Jr., who The Washington Post says could conceivably squeak past nepotism laws by declining to be paid a salary.

In any of these cases, things are about to change drastically for the scientists and officials that study, manage, and preserve America’s national parks and public lands. The Secretary of the Interior is in charge of overseeing the National Park Service, as well as overseeing all federal lands managed by the Bureau of Land Management, and presiding over the U.S. Geological Survey, a massive scientific research agency which studies America’s natural resources and anything that threatens them — you know, like climate change, which Trump says he believes is a hoax perpetrated by “the Chinese.”

“Oh my god,” Dwight Pitcaithley, the former chief historian to the National Park Service, said upon hearing that Palin might be up for the Interior Secretary job. Pitcaithley, now a professor at New Mexico State University, spent 30 years with the Park Service before retiring in 2005.

But what will an Interior Department under Palin, or any of Trump’s other picks, look like? On his campaign website, Trump promises to “streamline the permitting process for all energy projects,” which will likely mean cutting back environmental review, and “encourage the production of [fossil fuel] resources by opening onshore and offshore leasing on federal lands and waters.” Almost immediately, Pitcaithley expects it to become “open season” for oil and gas drilling on public lands. For example, in Alaska, Palin’s home state, the massive Arctic National Wildlife Refuge has been contested for years by people eager to explore it for oil. So far, the drillers have been staved off. “I think that’s up for grabs now,” Pitcaithley says. Indeed, the morning after election day, the Alaska Dispatch News wrote that with both the House and Senate now Republican and Trump in the White House, “pro-development Alaskans could already taste oil.”

But we aren’t just talking about drilling in public lands — right now, says Pitcaithley, the only thing blocking the government from leasing land inside national parks to drillers are pieces of legislation. To allow drilling in, say, Yosemite, “you would simply change the legislation,” he says. With Congress and the White House both Republican, and a Supreme Court that will likely swing conservative during Trump’s tenure, “I think the chances are good that will happen in certain places.”

All of this, meanwhile, is very bad for climate change. “We’re nudging up to the point of no return. If we don’t do something in the next couple years, it’s just going to get worse and worse,” says Pitcaithley. The Park Service right now has developed an entire division to deal with climate change adaptation and has been vocal about the threat posed by climate change to America’s ecology. But now, Pitcaithley predicts the Trump administration will install a gag order to force public employees to stop talking about climate change.

“Under the second Bush Administration, there was a prohibition on the parks from talking about global warming, under a decree from the Secretary of the Interior,” he says. “That will probably go back in place.” Indeed, during the George W. Bush presidency, there were reports of pressure placed on scientists and officials in several agencies, including NASA, to stop talking about climate change. A report by Rolling Stone in 2005 found that the Bush administration actively distorted reports from their federal scientists that threatened to confirm climate change. Pitcaithley imagines that happening again.

Pitcaithley also worries that the Trump administration will try to weaken the Antiquities Act of 1906, which permits presidents to create national monuments on federal lands, so that they must be preserved indefinitely. Obama has used the Antiquities Act during his tenure to create 23 new national monuments, including a massive marine monument off the coast of Hawaii and an expanse of wild land in north-central Maine. Republican presidents, Pitcaithley says, almost never use the Act. But under Trump, he worries it will be fundamentally altered. “I don’t think it would be out of the frame of imagination to think that some attempt will be made to limit its use in some way.”

“The good news is that for every action, there’s a reaction. Trump doesn’t have carte blanche. I think if he goes too far, there will be a pushback by the public, and that will be felt in the next election.” Still, Pitcaithley sees no wins for the environment anytime soon: “I don’t see any conservation gains during the Trump Administration.”

“Never in my 40 years paying attention to the Park Service have I ever seen anything approaching this,” he said. “Not even close.”