The world isn’t putting its money where its mouth is to fight climate change.

That’s the depressing takeaway from an annual report the International Energy Agency released on Tuesday. Worldwide investment in renewable energy fell slightly last year, and the proportion of money budgeted to low-carbon energy has stagnated at 35 percent. The report shows that, despite all the rousing pledges to embrace clean power, governments around the world are still spending most of their investment money on new ways to burn fossil fuels.

“[I]nvestment activity in low-carbon supply and demand is stalling, in part due to insufficient policy focus to address persistent risks,” wrote EIA Executive Director Faith Birol, in the preface of the organization’s World Energy Investment report.

The following five charts from the EIA provide a sense of what is happening.

Here’s the big picture: Since 2105, the world had been pouring smaller amounts of money into all kinds of energy investments — coal, natural gas, and renewables. In 2018, instead of dwindling further, energy investments levelled off. Why? Because the money going into coal mining and oil drilling offset decreases for other projects. Investment in coal supply crept up 2 percent, the first rise since 2012. 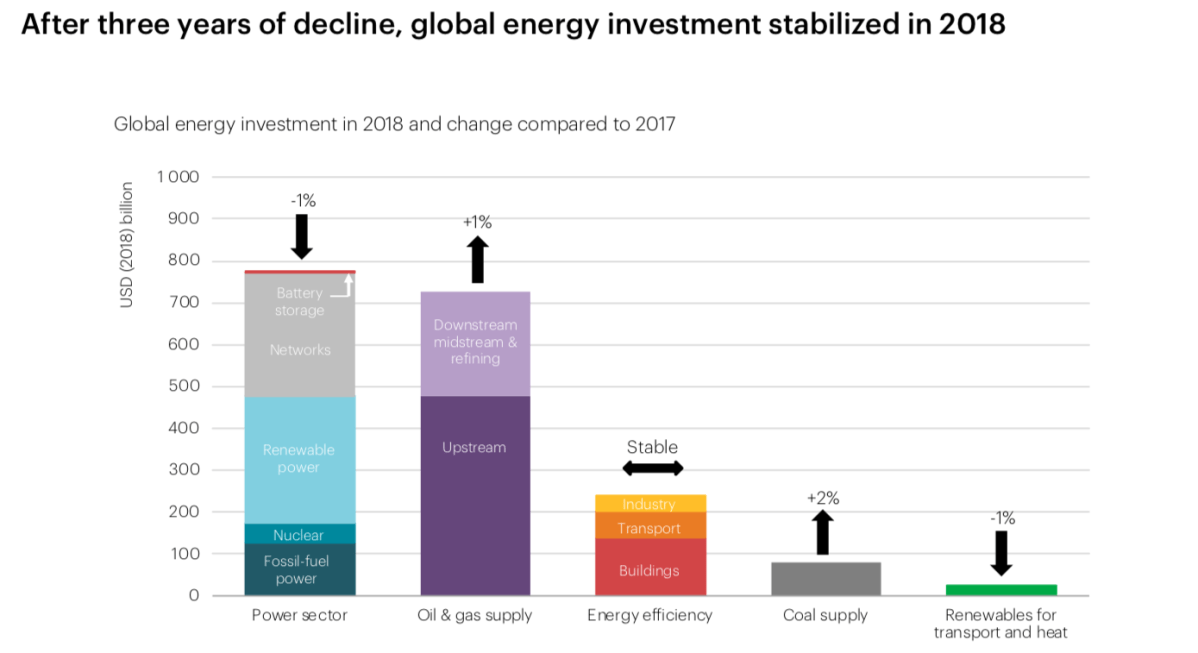 There is some good news if you dig down far enough. For instance, the number of electric cars and buses on the roads is shooting up. And they’re displacing vehicles running on oil: “Globally, electric cars and buses sold in 2018 are expected to offset 0.1 million barrels per day of transport oil demand growth,” the report’s authors wrote. 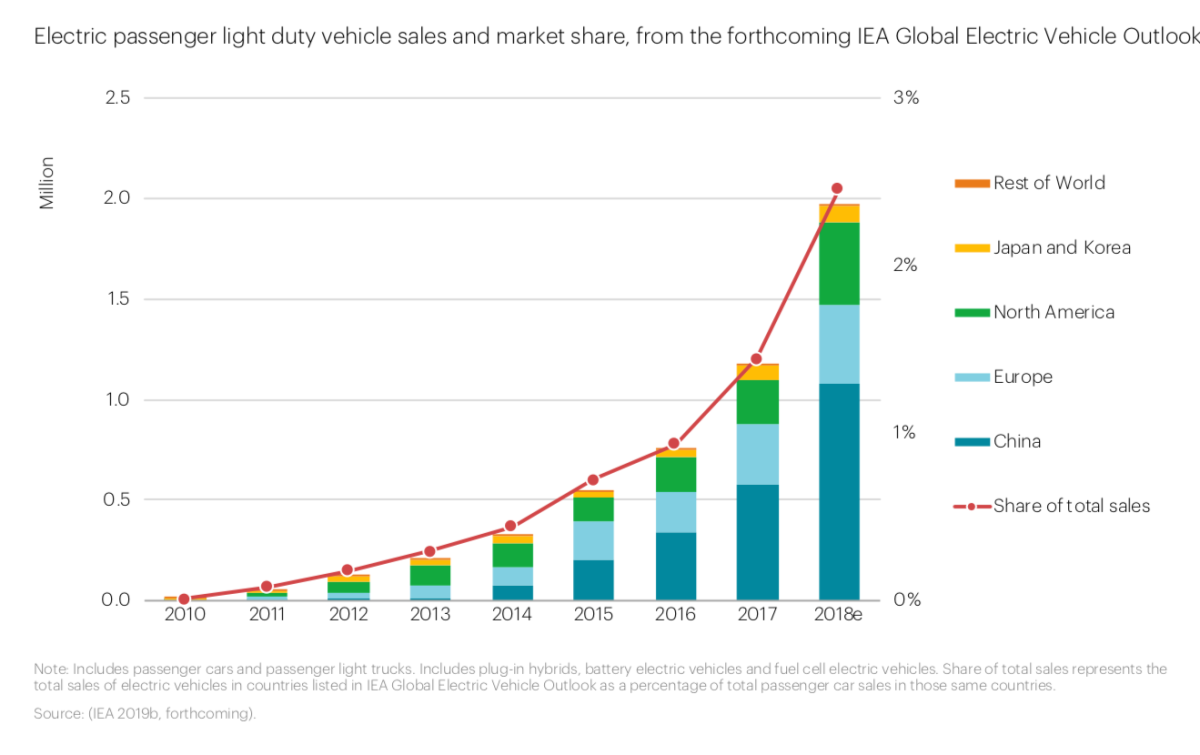 But that’s just a drop in the oil barrel: The report also notes that fracking in the United States alone produces 6 million barrels of oil a day.

We’d need to really goose investment in low-carbon energy to keep the goals of the Paris Agreement in sight, according to this report. In 2018 spending on energy efficiency and nuclear power stayed flat from the previous year, while money for renewable power dropped. Money for batteries grew by almost half, but that’s not as significant as it sounds because we’ve never spent much on batteries.

You know what hasn’t stagnated? Demand for energy. More people around the world are installing air conditioners and gaining access to basic creature comforts like thermostats. 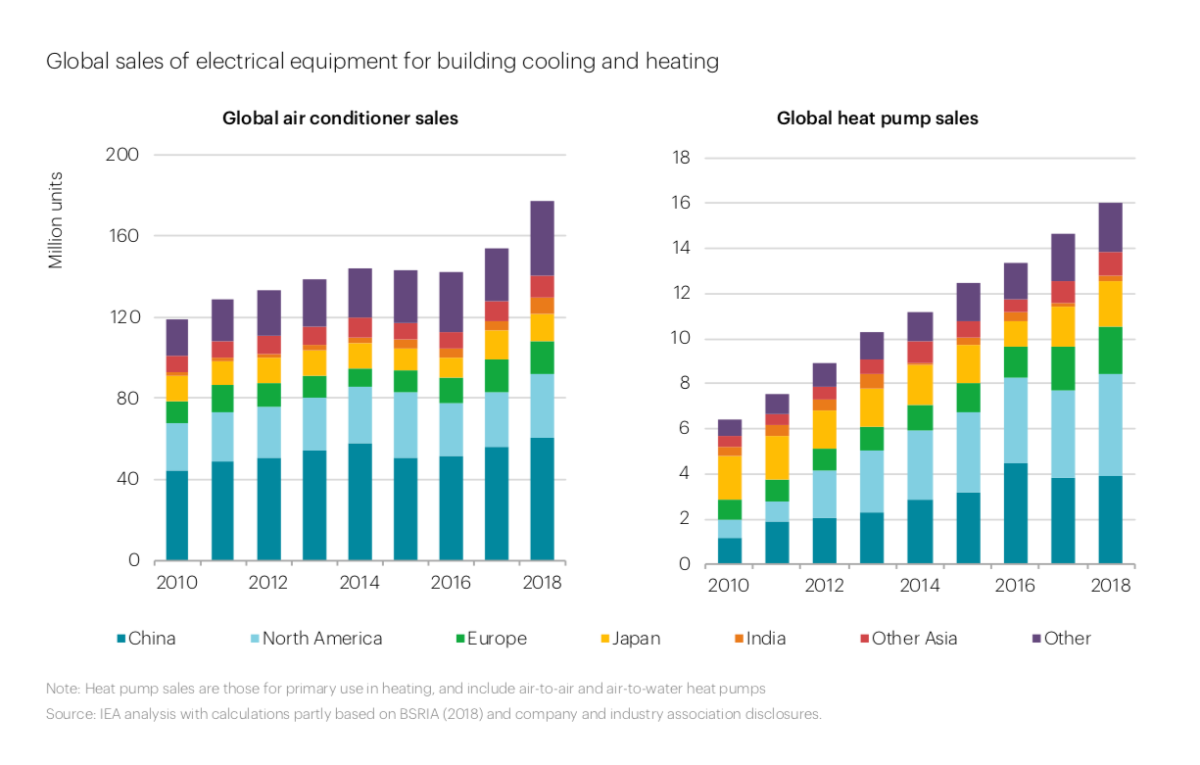 And we’re not building enough low-carbon electric plants to keep up. 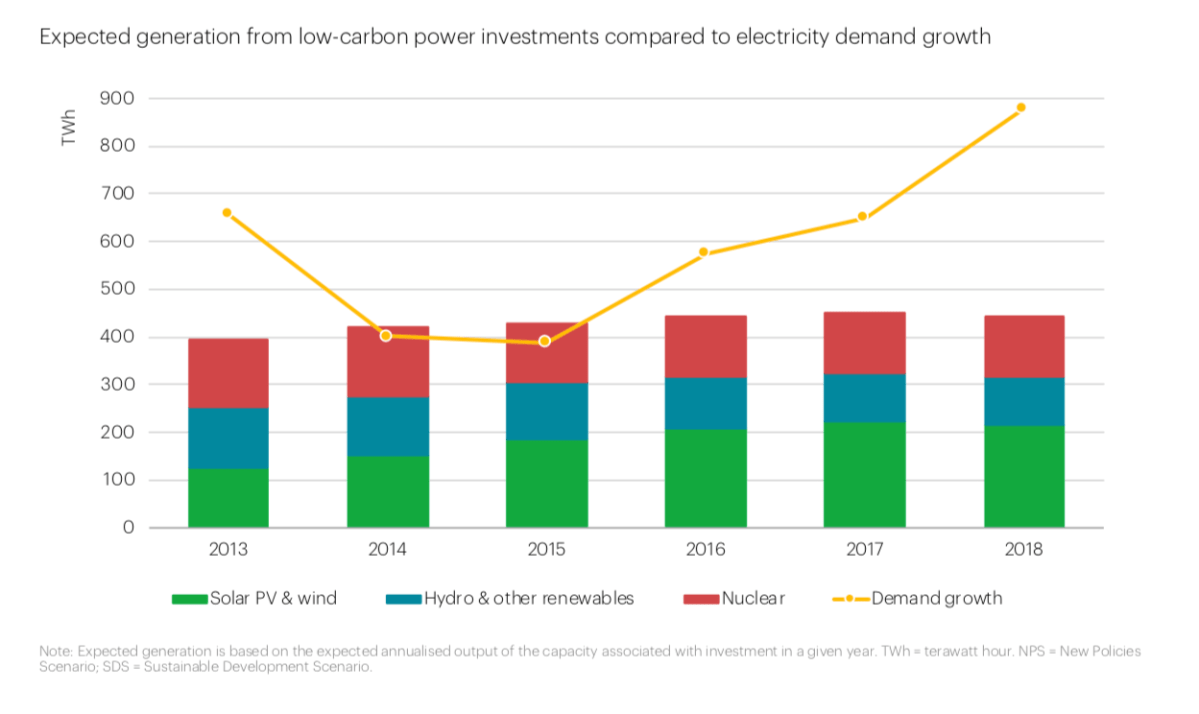 “Energy investment is misaligned with where the world appears to be heading, and also far out of step with where it needs to go,” the authors of the report wrote. The graph below suggests that the world needs to double the amount it’s investing in low-carbon energy systems every year to have a reasonable chance of avoiding 1.5 degrees Celsius of warming above pre-industrial levels. 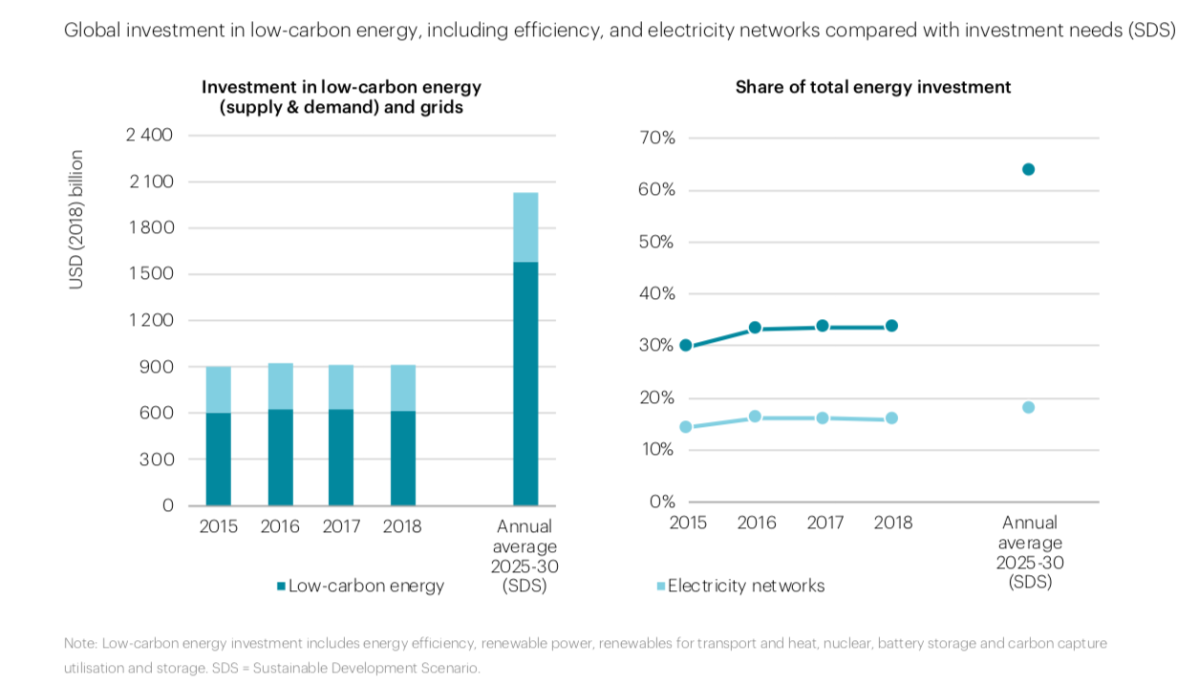 At least the amount of government money flowing to science is increasing. And funding for energy research and development is going up. 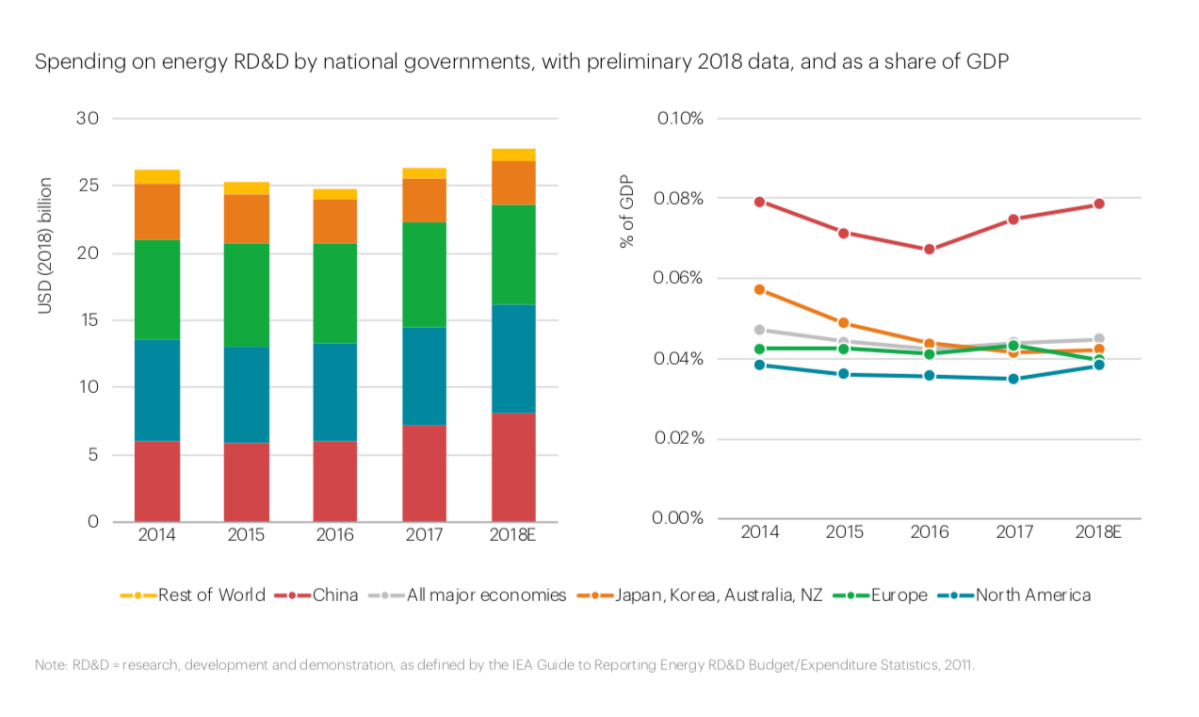 But even that silver lining has its cloud: The money going to research isn’t keeping up with economic growth in many countries. Even though Europe’s overall economy grew last year, the European Union put a smaller percentage of its money into energy inventions.

These days politicians mostly agree that the risks of climate change are dire, but policies haven’t shifted with the rhetoric. In this snapshot, global movement toward a carbon-free energy system looks more like a tentative tiptoe than a sprint.