A health-care fund for retired coal miners has become a political bargaining chip. Maintained in part by federal money, the 70-year-old fund is now nearly empty. Congress has until the end of April to come up with a fix, or 22,000 retirees could lose their coverage.

While not a source of conflict in previous years, the looming deadline has divided lawmakers. Should Congress fail to come up with a solution, it will be members of Trump’s core constituency that feel the brunt  —  people like retired coal miner Alfred Price.

One would never guess that Price, who lives with his wife in West Virginia, had been put on medication for fits of aggression. He is tall and soft-spoken, except when gushing about his six grandchildren.

Price worked for Peabody Energy and its spinoff company, Patriot Coal, in West Virginia for nearly 30 years. When those companies went bankrupt, they cut pensions and health benefits for retirees. Now, Price is at risk of losing the insurance he was promised would last the rest of his life.

In addition to the uncontrollable mood swings he experienced before going on medication, Price’s memory is so compromised that he can’t recall his telephone number. He also struggles with poor nerve function, insomnia, restless leg syndrome, imbalance, tremors, and Lupus, which could prevent him from having operations in the future  —  issues that surfaced during his time in the Montcoal #7 Preparation Plant in Raleigh County, West Virginia.

It began with a chemical called polyacrylamide  —  known to workers as “flock.” Flock is a known neurotoxin and likely carcinogen. Price used the chemical to separate coal from impurities like slate before it was loaded for transport. He also worked with other toxic chemicals, including antifreeze, which he sprayed onto train cars to prevent coal from sticking to their sides. 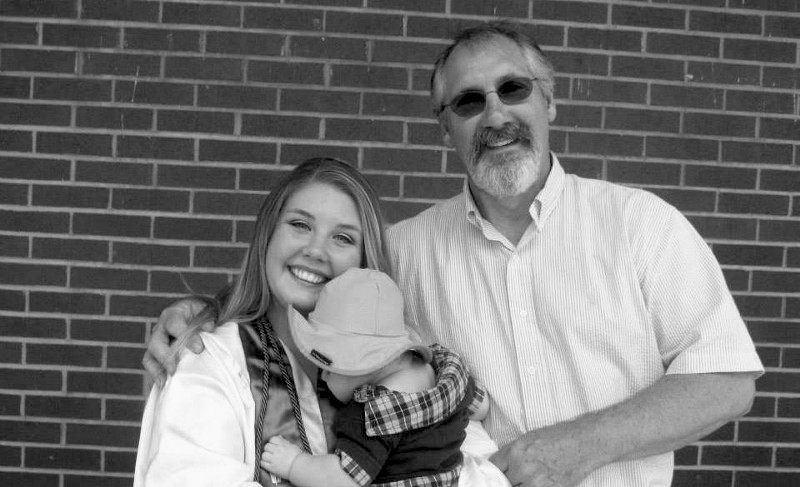 Price with his granddaughter and great-grandson. Alfred Price

In 1997, Price was diagnosed with cognitive impairments by several doctors and neuropsychologists and was forced into early retirement from the Upper Big Branch mine. He lost 48 percent of his pension because he retired before the age of 50.

“The head of neurology at West Virginia University said I could never work again for who I was working for,” said Price. “It was no longer safe for me to be at work.”

Price was not the only worker at his plant to suffer health complications. In 2002, he and 10 other workers levied a class action lawsuit against Peabody for knowingly subjecting workers to unsafe conditions and neglecting to warn them that the chemicals they used were harmful. The lawsuit was dismissed in light of Peabody’s bankruptcy filings, which, Price said, allowed the company to continue operations across the country while ignoring its obligation to retirees.

The miners did file another lawsuit against the company’s chemical manufacturers  —  but after nearly nine years of trials, their only compensation was a one-time physical examination that was not intended to determine whether patients had been harmed by chemicals.

Peabody recently emerged from bankruptcy, having cut its $8 billion of debt down to a mere $2 billion. While the company is financially rehabilitated, the workers who operate its mines face an increasingly precarious future.

“When I grew up, if you worked for the company, you got retirement benefits and spousal benefits,” said retired Peabody employee Gary Bone. “You could say ‘no’ to things if you knew they weren’t safe … There ain’t no such thing now.”

That doesn’t mean that Bone retired unscathed. During his years in the mines, he was exposed to asbestos and numerous dangerous chemicals. Today, he has mesothelioma, and, though he is on Medicare, he must pay out-of-pocket each month for breathing medication.

Some aren’t so lucky. According to the Bureau of Labor Statistics, workers in the mining, quarrying, and gas and oil extraction industries are nearly four times as likely to die on the job as the average U.S. worker. “Any time you work in the coal industry, your safety is at risk,” said Price. “There’s enough danger in the mines as it is. If you take away just one protection, it could be fatal.”

More than a decade after Price retired from his job at the Upper Big Branch mine, a coal dust explosion killed 29 workers at the facility. The fatalities included Price’s closest friend. 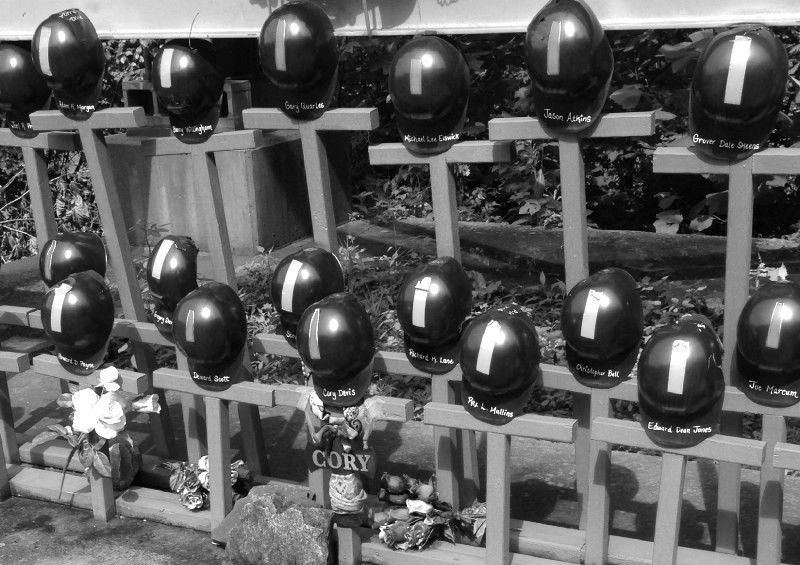 A memorial for the workers killed in the Upper Big Branch mine. Emily Sanders

Massey Energy owned the mine at the time of the disaster. The firm’s CEO, Don Blankenship, was sentenced to one year in prison for failing to uphold safety standards, which set the conditions for the accident.

Miners are fighting for their health and safety well into retirement. A group traveled to Washington and met with Congress this month to encourage passage of the Miners Protection Act, which would secure health-care funds for coal workers. Though the bill has support from 26 senators across state and party lines  —  including West Virginia Sen. Joe Manchin (D), who introduced the bill  — Senate Majority Leader Mitch McConnell (R-KY) has introduced alternative legislation that calls for short-term funding and a repeal of safeguards that he said are hampering the industry.

In the meantime, West Virginians are calling on Trump to come to the aid of the state that helped elect him.

“Trump can’t bring coal mining back to what it used to be,” said Price. “It’ll never be like it was. But he can make sure coal miners are protected by keeping safety regulations in place and fulfilling his promises to retirees. I’m sure President Trump will do this for West Virginians, for the people that favored him in this election.”