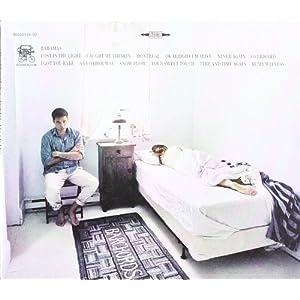 A few days ago I went to Seattle’s legendary Crocodile to see the band Milo Greene, which I have praised before here in FMB.

They were good, but the big discovery of the night was the opener, Bahamas, the Canadian indie project led by singer/songwriter/guitarist Afie Jurvanen, who used to play keyboard and guitar for Canadian chanteuse Feist.

It’s hard to describe his music, exactly — I guess I’d call it “warm, quiet Motown.” There’s a bit of doo-wop and swing, but it’s mostly implied, lurking in the background of extremely sparse, hushed, simple songs.

It’s hard to do “sparse and hushed” in a live setting. It takes quite a bit of charisma. But Jurvanen’s got it. He doesn’t over-project or try to fill the room — he leans back, and consequently the audience leans in. It’s quite hypnotic.

This song is the lead track on Bahamas’ new album Barchords, called “Lost in the Light.” If you can get it out of your head, please let me know how, because it has been lodged in mine for 72 hours now.