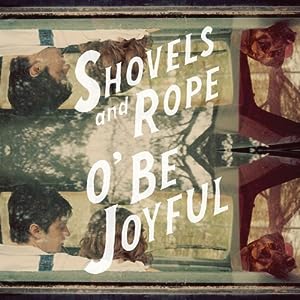 Last week, for the second year running, I attended a music festival called Pickathon on a sprawling organic farm in Happy Valley, Oregon. Once again, I dragged my whole family and met up with a large group of old friends. Once again, it was an absolute joy.

I gushed on and on about Pickathon last year, so I won’t rehash the whole thing again — the zero-waste policies, the kid-friendly activities, the clean, communal camping, the lack of police presence or heavy-handed corporate sponsorship, the general good vibes. Suffice to say, they were intact. It remains the best festival I’ve ever been to, by a fairly wide margin, and I’ve been to a bunch. (I really hope it doesn’t get any bigger — it’s just flirting with uncomfortably crowded at points. I’m too old to deal with crowds like Coachella or Bonnaroo.)

The fun was the same, but the music was new. I saw several bands I’ve loved for a long time and discovered a solid handful of new favorites. Lemme hit a few highlights. First, on Friday morning, in the small (and extremely hot) Galaxy Barn, alongside maybe 20 other people, I got to see the legendary — at least legendary in some circles — singer-songwriter Todd Snider. He was taking requests, but for the life of me I couldn’t think of the name of the song I wanted to hear, so I blew it. Turns out it’s called “Money, Compliments, Publicity (Song Number Ten).” Here it is:

One of the cool things about Pickathon is that all the bands play twice, so I got to see Snider again on the main stage a bit later. (He played his classic “Beer Run.” Woo!) Buried in dirt by the Woods Stage.

The other highlight on Friday was an absolutely mind-blowing set by Blitzen Trapper back on the Woods Stage, a small stage set in a ravine back in the forest (it looks like it was hand-crafted by wood elves). Blitzen Trapper is known as kind of a twangy band, I guess, but on Friday night they brought the rawk. I’m talking screaming, extendo-jam, head-banging Sabbath/Zeppelin rock. It. Was. Awesome. They even finished their encore with Zeppelin’s “Good Times, Bad Times”! Here’s their song “Fletcher”:

Saturday morning began in the Galaxy Barn again with the charming North Carolina trio Midtown Dickens, who all traded off instruments — banjo, guitar, drums, oboe, Moog, spoons, even a saw — as they delivered off-kilter, harmony-drenched alt-folk. Here’s a song from their new album Home, called “This Is My Home.” Now those are some dirty feet.

Later on Saturday the action moved to the Woods Stage again for Seattle band The Cave Singers. I hadn’t heard much by them before I came, but they knocked my socks off. (That stage really brings out the best in bands.) If you’re into muscular, passionate, slightly bluesy, slightly spooky, slightly funky groove rock (ok, it’s hard to describe), check them out. This is a song called “Haystacks” from last year’s album No Witch. While you listen, you have to envision a bearded lumberjack-looking guy dancing around like a spastic James Brown.

A bit later on the same stage came another band I should have known but didn’t: The Wood Brothers. I’ve been listening to Chris Wood play the stand-up bass since about 1990 as part of the jazz trio Medeski Martin & Wood. Much to my delight, he also plays in a twangy trio with his brother, singer/guitarist Oliver. It’s old-timey, but it’s got that Chris Wood funky bass roll to it. Lord, I could watch that guy play the bass all day long. He did not disappoint in the woods. Here, from last year’s Smoke Ring Halo, is a stomper called “Shoofly Pie.”

Neko Case also played that night in the woods, but I gotta say, she seemed a little … drunk? She kept forgetting words to songs, going off on endless banter-fests with her band, giggling … I love her music, but I’m not sure her ditsy, distracted stage presence serves it very well. Sunday began with a totally unexpected highlight, in the form of a children’s open mic at the Woods Stage. Kids — there were tons of kids at the festival — got a chance to come up and sing or play something. I know I’m a sucker for this stuff, but holy crap, it was one insanely cute thing after another. One kid played the fiddle. Several sang the ABC song. A pair of sisters got up and sang Taio Cruz’s “Dynamite” (seriously). I thought I would die.

The rest of Sunday was a barrage of fantastic stuff — The War on Drugs! Sonny & The Sunsets! More Wood Brothers! More Blitzen Trapper! More Neko Case! — but one band stood out among all the others: newcomers Shovels & Rope. It’s just two people, Michael Trent and Cary Ann Hearst, but damn do they make an amazing racket: old-school, stomping, shouting country-rock, like Tammy Wynette and George Jones got drunk and made an album in their garage. From their new O’ Be Joyful, this is “Hail, Hail.” Shovels & Rope and a small fan.

Everyone was exhausted by Sunday night — everyone except my eight year old, Griffin. I had made him a promise earlier on: if he behaved and went to bed without fighting during the festival, I would stay up with him on Sunday night for the very last show. As all you parents know, Kids Do Not Forget. So after everyone else was snuggled into camp, Griffin and I came back down to the Starlight Stage, a small stage perched on top of the hill overlooking the main stage. It gets going around midnight.

There we saw Robert Ellis, who does a kind of Willie Nelson-esque high-lonely folk music that fit the mood perfectly. He has a new album out later this year, which I’ll definitely be looking for. Here’s “Friends Like Those,” from last year’s Photographs.

Then, around 1am, it started half-drizzling and the organizers got worried, so they shut the stage off (there’s nothing covering it). The last scheduled band of the festival — Midtown Dickens again — could have just gone to bed. Instead, they grabbed their instruments, walked out in the middle of the crowd of about 20 or 30 people, and did a fantastic acoustic set — no amplification, no effects, just three friends playing and singing together. There was a little magic in the air on that late, warm night. I know Griffin will never forget it.

Thanks again, Pickathon. See you next year!