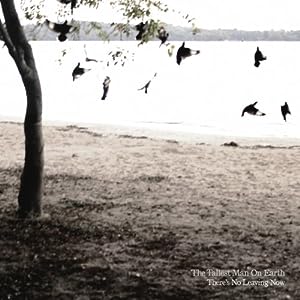 Kristian Matsson has a simple thing going: he plays guitar and sings. His records are self-produced, lo-fi affairs, the songs rarely adorned with anything beyond a single guitar, sometimes acoustic, sometimes jangly, open-tuned electric.

That’s not easy to pull off, but the Swedish Matsson — who records as The Tallest Man On Earth — has the charisma to pull it off. His songs are spidery and haunting, but the real attraction is his piercing, reedy voice. He frequently gets tagged as “Dylan-esque” over that, but it’s a pretty singular sound.

TTMOE, like semi-close analogue Mountain Goats, is a love-it-or-hate-it kind of thing, but if you’re into the sound, you really need to buy his latest album, There’s No Leaving Now. It’s fantastic. This song is called “Little Brother.”