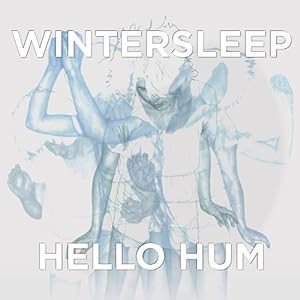 It sounds like a punchline to say so (because almost every sentence including “Canada” sounds like a punchline to me), but: Canada has a fantastic indie-music scene. Arcade Fire, Feist, Stars, Tegan & Sara — the list goes on and on. And they all seem to know one another and play in one another’s bands. I guess that comes with being the world’s biggest tiny country (tiniest big country?).

Anyway, today’s FMB is brought to you by one of those Canadian indie bands, one you may not have heard of: Wintersleep. They’ve been releasing albums for ten years, but their latest, Hello Hum, is the first I’d heard.

Here is how I listen to music: I have a folder of albums from the current year (“2012”) where I download new stuff. For most of the year, I listen to the contents of that folder on shuffle. It’s an admittedly obsessive way of forcing myself to listen to new music. I do it so I can make a yearly mix of the best new stuff.

So I dump stuff into the folder and listen to it on shuffle, hoping to uncover hidden gems that I wouldn’t find if listening “on purpose.” It means hearing a lot of stuff I don’t particularly like, but sometimes a band will burble up and keep catching my ear until I’m persuaded to listen to the whole album a few times through. It’s spontaneous and serendipitous.

That kind of serendipity how I noticed Wintersleep. They’ve got the soaring, gorgeous harmonies I love so well, but with a hard rock punch and a soupçon of prog. It works. This song is called “Zones.”

Shell sues Greenpeace because it can’t sue its own incompetence