Furries? Feet? Forget it: This flower's weird sexual hangup has us humans beat 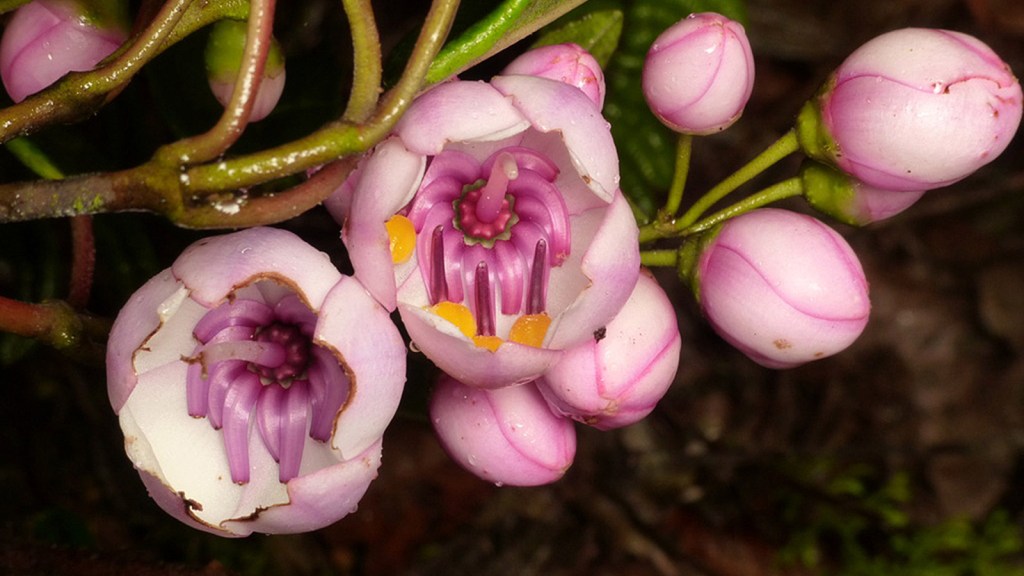 Furries? Feet? Forget it: This flower’s weird sexual hangup has us humans beat

Or at least, that’s how Axinaea, a small South and Central American rainforest shrub, does it. And that’s the birds-and-the-bees story my kids are getting.

Phys.org has the rest of the tawdry tale:

Axinaea flowers appear in clusters of a few to more than 20 flowers, with pink, red, yellow, or orange petals that usually don’t open completely. The stamens of those flowers stand out based on their contrasting colors and conspicuous, bulbous appendages. Something else about the stamens also piqued the researchers’ curiosity: one or more of these stamens was almost always found missing in the flowers the researchers observed in the field or on herbarium specimens …

“This unique and highly complex pollination system is completely new to science and provides another example of the intricate relationships that have evolved between flowers and their pollinators,” says Agnes Dellinger of the University of Vienna. “The majority of bird-pollinated flowers offer nectar as a reward, and in the rare known cases involving food bodies, these reward tissues are restricted to the outer, sterile floral organs and are never found on reproductive organs.”

Food bodies situated on male reproductive organs are otherwise only known from beetle-pollinated flowers, Dellinger adds. There is no other known example among plants of such a precise and anatomically distinct bellows organ.

The Axinaea targets birds for pollination, so at least it’s off the hook as the bees go, but these rare plants are in trouble. Their rainforest habitat is under threat from everything from palm oil production to the illegal drug trade. And a world without plants that lure birds with their bulbous, colorful, and apparently delicious reproductive organs is a world I don’t want to live in.