The 15 things I underlined in Dan Barber's smart new book 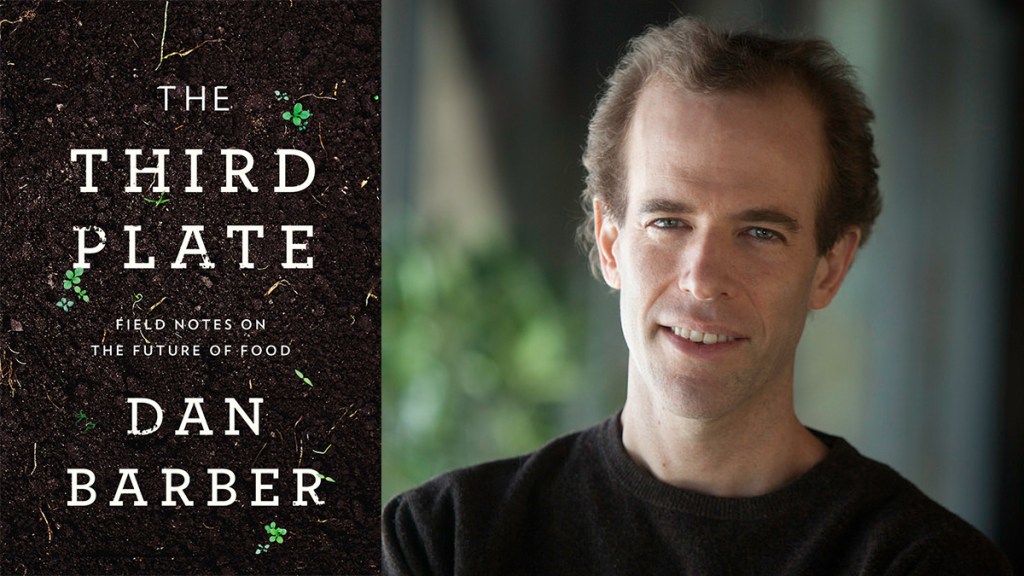 Dan Barber’s book The Third Plate: Field Notes on the Future of Food is full of great stories, larger-than-life characters, and descriptions that made me hungry. But if you strip away all that, what remains is a collection of delightful facts and ideas. These are the things that made me scribble stars in the margin:

1. Child “rearing begins, not at birth, or even conception, but one hundred years before the child is born.” That’s how long it takes to build the environment and community that child will live in.

2. “If you don’t count corn sweeteners, we eat more wheat than every other cereal combined.”

3. In the 1800s, the East Coast was America’s breadbasket. “Gristmills dotted the countryside — one for every seven hundred Americans in 1840.”

4. Steel had a profound, transformative effect on food production: A little before the steel roller allowed millers to separate the wheat germ from the bran and endosperm, the steel plow allowed “sodbusters” in the Midwest to slice up the incredibly dense root systems of the prairie grasses. “In 1837, an Illinois blacksmith named John Deere solved the problem by inventing a cast-steel plow that could cut through the deep roots.” OK, so there were ceramic roller mills as well as steel. But still, materials science makes a big impact.

5. The best example ever of enlisting nature to make your point: Hugh Bennett — the James Hansen of the ’30s — was telling the U.S. Senate that it needed to create a Soil Conservation Service. He timed his remarks so that a giant dust cloud blew through Washington as he spoke, turning the room dark. “‘This, gentlemen, is what I’m talking about.’ Bennett said pointing to the windows. ‘There goes Oklahoma.'”

6. “Today’s industrial food chain might denude landscapes and impoverish soils, but our forefathers did much the same. They just had a lot less horsepower.”

7. “The presence of chicory or wild carrot or the lovely Queen Anne’s lace means the soil is low in fertility … Milkweed is a sign the soil lacks zinc; wild garlic means low sulfur. Foxtail grows most often in soils where water is poorly filtered, and thistle thrives when soil is too compact.” [Update: But at least one weed scientist disputes this idea.]

8. Before we knew how to synthesize nitrogen fertilizer, manure was the limiting factor on how much food could be grown. So “a French girl from the countryside had her dowry measured by the amount of manure produced on her family’s farm.”

9. Spain’s love of jamón is twined with Christian identity. “Throughout most of Spain’s history, Catholics differentiated themselves from the ruling Muslims, and from the thriving Jewish community, by eating pork.”

10. Pigs that gorge on acorns have lard that may be 70 percent unsaturated fat. “These pigs are like an olive tree on four legs,” says one of Barber’s sources.

11. A Spanish chef featured in the book reports that he saw 60 percent of the catch from a local fishing boat thrown out as “trash fish.” In some fisheries, it’s much, much worse. These fish are perfectly good, they’re just species that haven’t been popularized.

13. Unusual wheats, like emmer, require radically different recipes if you want to bake good bread. And the recipes must vary not just by the variety of grain, but crop to crop, and year to year.

14. The antebellum South was a hotbed of agricultural experimentation, because they had exhausted the soil and needed methods to cope. White slave owners wrote the books on their findings, but it’s likely that a lot of smart black people were doing the actual seed breeding and soil science.

15. Heirloom seeds are static: They are genetically frozen inbreds. They are a wonderful source of genetic variety, but constantly evolving, constantly improving varieties are even more exciting.