Fyre Festival showed us our future, if we want it 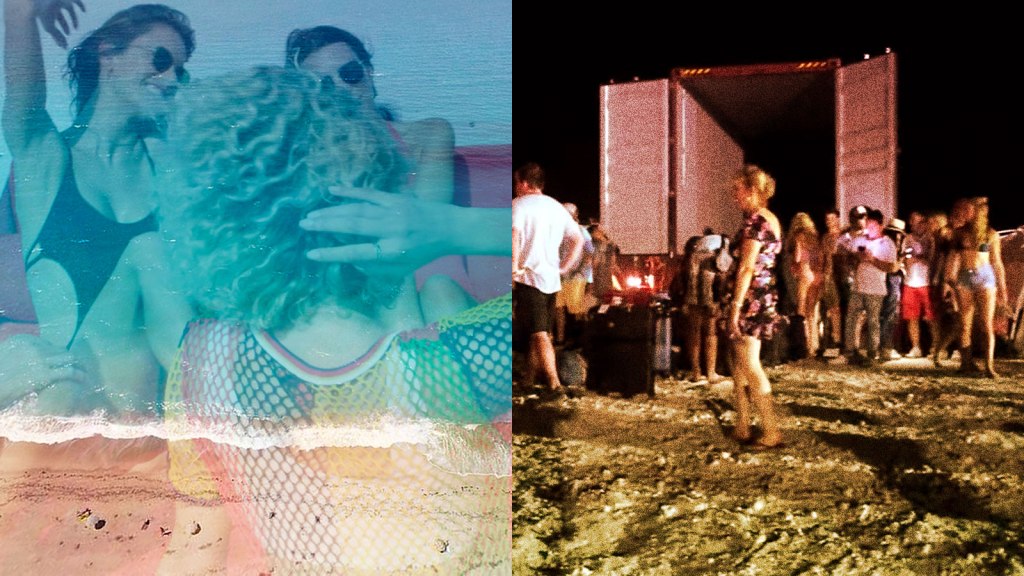 Fyre Festival showed us our future, if we want it

Look, we get it — trying to live with the environment in mind can be daunting. People need stuff to live, even if that stuff (like electricity and water and food and gas and oil and plastic and buildings and cars and clothes) contributes to climate change.

But there are some uses of that stuff that we can surely do without. Like, for example, dropping thousands of dollars to fly to a tiny, sparkling island just to take the perfect Instagram picture. That’s the kind of climate-warming narcissism that takes center stage in the Fyre Fest documentary, the new schadenfreude-filled Netflix documentary about a music festival-turned-metaphor for our time.

The Fyre Festival, the brainchild of con artist/entrepreneur Billy MacFarland, was meant to be a music festival for millennials with too much money and not enough designer drugs. It was supposed to have everything: Scantily clad Instagram models, gourmet chefs, luxury villas, Blink-182 (???), and the opportunity for nonstop, sunlit, tequila-fueled #content. As we now know, none of those amenities ever actually existed, to the horror of the 6,000 or so ticket-holders who arrived on the remote Bahamanian island of Exuma ready to rage.

Continuing our tradition of Grist staff bingeing Netflix shows (for journalism!), reporters Annelise and Eve took to the couch and found the climate message in Netflix’s latest documentary Fyre: The Greatest Party That Never Happened.

Let me start by saying I’m not condemning all luxury. I don’t believe an ascetic lifestyle is the best path to climate peace, although I do think everyone could probably find an indulgence in their own life that they wouldn’t miss. I’m not even — for the moment — going to focus on the fact that 6,000 people never questioned that they deserved a fully catered yet remote island paradise without once having to think about how that might be provided for them.

What I find inexcusable is that 6,000 people did that for the pics. For the image alone!

Let me start by saying that I hate almost everyone in this movie. Billy MacFarland and his pack of doorknobs showed a total lack of respect for land and law and anyone who didn’t look and dress like them, and it was really just unbearable. Yet in the promotional shots they filmed for Fyre Festival, he somehow managed to portray himself as the lord of fun: Beach! Yacht! Bikinis! Shots!

And I guess that had influencers drooling at the idea of posting pictures and videos of themselves in the same setting.

The promotion of Fyre Fest was probably the most stark portrayal of the inflated value of the aesthetic of wealth — just the aesthetics. There’s too much of a cultural obsession with conning the world into believing you’ve achieved the dream, if the dream is day-drinking on a yacht.

I actually think Billy called their target audience “your average, Middle-America loser” who would kill for a chance to be photographed next to Bella Hadid.

When really, Hadid and her exquisite facial architecture was only in the Bahamas in the first place because she was paid handsomely to sell a dream that never existed.

It’s just too perfect an analogy for how Americans have ended up in our climate crisis today. We were scammed into it. We were scammed into believing that fossil fuels don’t cook the climate, that cars make more sense than public transit, that lots of meat is an important part of a healthy diet. And that was supposed to create a happy society where everyone is prosperous and healthy and satisfied.

Instead, we have the metaphorical equivalent of a bunch of soaked tents and overflowing porta-potties around one nice big house where everyone inside is freaking out to make sure no one figures out that the whole thing is a giant scam.

Right. And you also couldn’t have asked for a clearer example of neo-colonialism than MacFarland and his merry gang of yoga instructors-slash-DJs. He took his scam to an isolated country without much resources, took a giant dump, and left. To the filmmakers’ credit, the documentary ended on a painful portrait of the wreckage MacFarland and his team left behind.

Maryann Rolle, the owner of a local restaurant that endured the hundreds of stranded Fyre Festival attendees, talked about losing $50,000 of her own savings. She was promised her money back, but of course, she never got it. (Rolle started a GoFundMe to cover that loss that ended up raising more than $169,000.) And the hundreds of Bahamanians who helped build the few standing structures at the festival were never paid either.

Based on the action shots of MacFarland passed out in the sand and rabid attendees doing shots, I’m going to take a guess at what was probably left on the beach: mattresses, pillows, tents, water bottles, tequila bottles, human waste, styrofoam boxes, condoms? I’ll stop there.

And who cleaned up after these uninvited guests? We never found out, but I can assume it was the people who lived on the island. It was disappointing that the filmmakers didn’t highlight the impact everyone involved in the festival left on land that never belonged to them.

Right. But back to that big ugly obstacle to changing our society to fight climate change. The reason it’s so hard to contemplate a life without fossil fuels is that even the somewhat wealthy among us never have to face the consequences of our consumption. Every would-be attendee of the Fyre Festival never gave a moment’s thought to the work and resources that would have to go into creating the most Instagrammable experience. I mean, they paid for that privilege, I guess?

But that’s just another part of the scam. You’re scamming yourself, you see, into believing that everything will be taken care of and you’ll come out just fine. And then, before you know it, you’re stranded on a damp Caribbean island with zero bathrooms and 100 bottles of tequila. It’s not fun for long.