In college, Brian Kateman was that guy on campus — you know, the one telling you to take shorter showers and recycle all the time.

That message changed after a friend handed him The Ethics of What We Eat by Jim Mason and Peter Singer, the philosopher and animal-rights activist famous for sparking self-doubt in meat lovers. “It was a little awkward, because I was eating a hamburger at the time,” Kateman says.

While reading about the consequences of our food choices, he realized there were bigger problems to tackle than half-hour showers: Animal agriculture was sucking our aquifers dry and spewing planet-warming gases into the atmosphere.

And the fix is simple — we’ve just gotta eat a lot less meat. Vegans and vegetarians have been doing that for a while, but omnivores have been getting a pass. There’s just not a lot of social pressure for meat eaters to cut back. 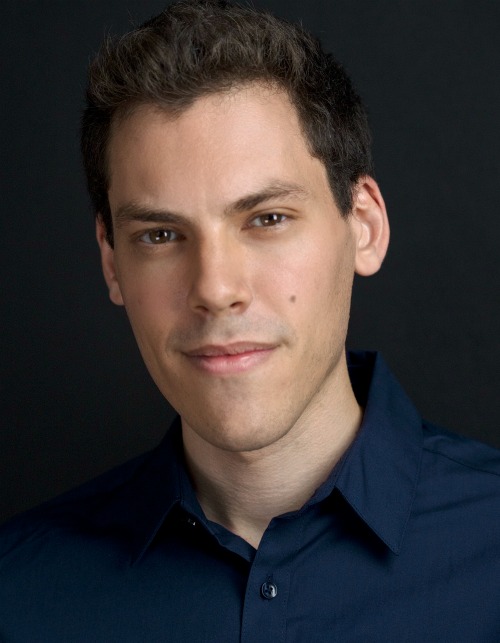 Kateman founded the Reducetarian Foundation to try to change that. The aim is to get everyone to cut down on the animal products they eat — red meat, poultry, seafood, along with milk and eggs. Kateman also put together a newly released book, The Reducetarian Solution, featuring 70 essays from thinkers such as Bill McKibben, Victoria Moran, and Peter Singer himself.

I called him up to chat about the book, the culture of meat-eating, and the weirdest semi-vegetarian diets out there. Our edited and condensed conversation follows.

Q. So how did you become a “reducetarian”?

A. In college, I said, I’m going to go for it and try to be a vegetarian — and it worked, but there were these particular moments where it was hard to be perfect about it. People started calling me out and saying, “Hey, I thought you were vegetarian, Brian.” So I came up with the term “reducetarian” and it seemed to include this entire movement of people who were excited about reducing their own consumption of animal products.

Q. There are a lot of reasons we should eat less meat. Which is the most compelling?

A. The truth is that different motivations speak to different people. In terms of the environmental message, I find that climate change is really the hottest subject. When I tell someone that 18 percent of CO2 emissions come from conventional animal agriculture, they’re pretty astounded. A vegetarian’s carbon emissions are half that of a typical omnivore, and for a vegan it’s even lower. Every single plant-based meal you eat tends to have a smaller carbon footprint than a meatier one.

A. Most people don’t choose food based on ethics, or even on their health or the planet. They choose food based on price, how convenient it is, how readily available it is, how delicious it is — and, to some extent, what other people around them eat. Meat is perceived as being incredibly delicious, it’s often readily available, and it’s often cheap.

The other thing is that it’s very ingrained in our culture. It’s often at the center of our celebratory occasions, like Thanksgiving or Christmas. We have some sort of sensory factor that makes us primed to think it’s delicious, like the sound of meat sizzling or the smell of a barbecue.

Q. So tell me more about the new book.

A. I wanted a book that was introductory for people who might be hesitant to go vegetarian or vegan. I wanted it to be incredibly non-judgmental, to meet people where they are, to help them understand why it is that they eat as much meat as they do, and to provide them with reasons why they might consider cutting back.

I really loved Dawn Moncrief’s essay [“Less Meat Takes a Bite Out of Global Hunger”]. I talk to a lot of people who are concerned about food waste, and they’re trying to devise ways to get restaurants and other suppliers to not waste meat. What I find perplexing about this, reading Dawn’s essay, is that it takes so many resources to produce the meat in the first place.

It takes 25 calories to produce one calorie of beef. Imagine if you showed 25 plates of pasta and you threw out 24 of them — people would be horrified. But in a sense, that’s what happening on a factory farm. It’s an incredibly wasteful process.

Q. One thing I read that surprised me is that Americans eat 10 percent less meat per capita than a decade ago. Why is that?

A. I think it’s in large part because of all the environmental messaging: People are understanding the link between factory farming and climate change.

The other part is that it’s getting easier to eat less meat. Because people choose food based on price, convenience, and taste, we have to reduce the barriers that make it difficult for people to eat less meat in the first place. We’re seeing more restaurants offering vegetarian options, more restaurants that are entirely vegetarian or vegan, more produces on the shelves that are plant-based.

Q. Have you gotten much backlash for your work?

A. We’ve received pushback from a few vegan or animal rights activists who feel as though cutting back is not enough, that we have to go 100 percent vegan immediately. I understand the passion, but I think in terms of being pragmatic, people are going to be much more open to a less-meat message. And we should celebrate that, because any incremental progress is better than none.

There’s been this perception that environmentalists have differences from animal rights activists, or vegans or vegetarians or flexitarians have differences with one another. But this community agrees on 98 percent of issues — mainly that factory farming sucks and it’s not good for our health or animals or the planet.

Q. What are the weirdest strategies you’ve heard for reducing meat consumption? I read about one, the “vampire diet,” where you only eat meat once the sun has set.

A. The other one I liked was the “deck of cards” — that if you’re going to eat meat, it should be about the size of a deck of cards. I think people create flexibility in their diets. They might say, “I’m only going to eat meat when I go out, but I’m never going to bring meat into my house.” Or I hear the opposite, where they go out to eat so often that they will only buy meat when they cook it themselves.

I think there’s, I’m tempted to say, mental gymnastics. We’re coming up with these exceptions to strict vegan diets that are helpful for us, and that’s OK.