Climatarian, vegavore, reducetarian: Why we have so many words for cutting back on meat 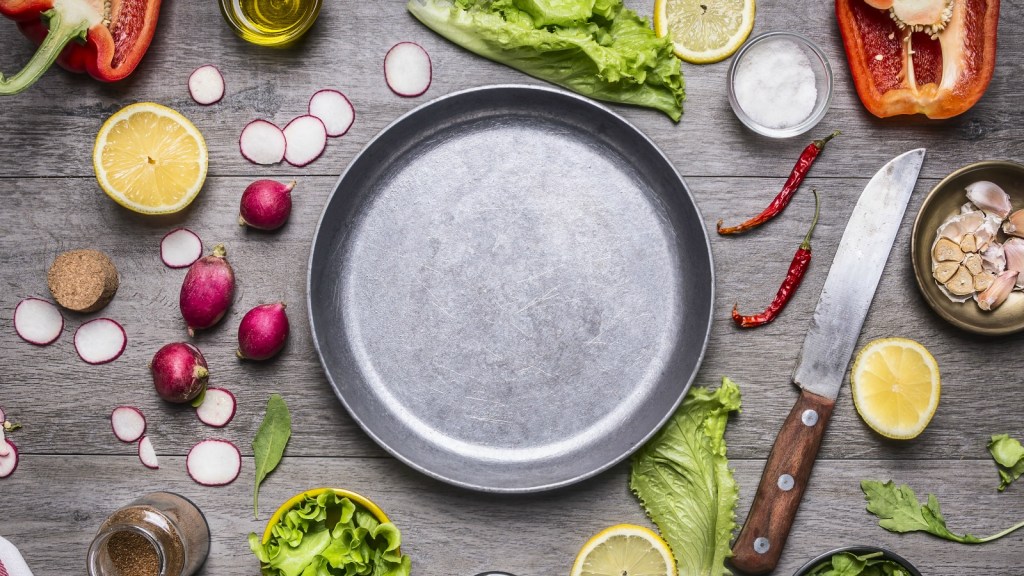 Climatarian, vegavore, reducetarian: Why we have so many words for cutting back on meat

A climatarian, a reducetarian, and a sustainatarian walk into a bar.

It sounds like the beginning of a joke (and it is*) but it’s also the world we live in now. Those words are just the tip of the iceberg lettuce when it comes to words to describe semi-vegetarians. Any quipster with a keyboard and internet access can coin a new one. Perhaps you prefer vegavore or carnesparsian?

Beneath their silly-sounding veneer, these words reflect a shift in our understanding of what food choices mean. A decade after The Omnivore’s Dilemma planted a stake in the vast middle ground between carnivore and vegan, the quandary of what to eat for dinner hasn’t gotten any simpler — and neither has the quest for the right word to describe the ethical moderate.

Cutting meat consumption to 60 grams per person per day — half what the average American eats — would result in a 40 to 45 percent drop in food-related greenhouse gas emissions (which represent a quarter of the global total). We’re beginning to look beyond flexitarian and food’s impact on our own bodies. With the rise of climatarian, reducetarian, and sustainatarian, we’re taking into account how our food choices affect others.

These new identities allow people to unite around something that signals to others that they take their food choices very seriously, says Samuel Boerboom, an expert in political language and communication and author of The Political Language of Food. In other words, these eaters won’t just scarf any old grub. Their diets require mission statements and methodology.

Brian Kateman, founder and CEO of the Reducetarian Foundation, said that we tend to see meat consumption as an “all-or-nothing premise.” To fill the gap between vegetarian and meat-eater, Kateman came up with reducetarian — someone who decreases the amount of meat in their diet no matter the motivation. He points out that reducing a person’s meat consumption from 200 pounds a year to 160 makes a much bigger impact than turning someone who already eats very little meat into a textbook vegetarian.

Inspired by reducetarian, Mark Pershin, founder and CEO of Australian nonprofit Less Meat Less Heat, coined a word of his own. Climatarian describes someone who eats less meat, particularly emissions-intensive kinds like beef, for climate reasons. Pershin felt that reducetarian left out the motivation for reducing meat consumption — a reduction he says is crucial to keep us within the proposed limit of 2 degrees C of warming.

But wait, there’s more! While researching these words, I received an email from Maxwell Strotbeck, a University of North Carolina Wilmington graduate, who advocated a new term: sustainatarian, a person who cuts their intake of animal products and minimizes food waste. (And both Strotbeck and Pershin later found out that the words they had respectively “coined” had already been floating around on the web.)

These words are the intersection of two American obsessions: who we are and what we eat. It’s no coincidence that Dictionary.com named “identity” the word of the year in 2015. Quartz points out that our culture’s heightened obsession with identity is a political one, often linked to gender, sexuality, and race. Is it possible that food choice is taking on a political dimension, too, and our vocabulary is scrambling to catch up?

As Boerboom likes to say, “You vote for an elected official every few years, but you vote for political conscience three times a day.”

If you think all of this sounds like the premise of a Portlandia sketch, you’re not alone. These words strike us as funny for some obvious reasons: Since they’re new, they surprise us. And they’re ungainly: Reducetarian clocks in at a stocky six syllables.

Boerboom says these words tend to come across as a “hipster” — an attempt to distinguish oneself from the crowd and appear ironic or cool. (Hence the Portlandia vibe.) A good case in point: this satirical video about a “frutarian” who thinks it’s cruel to cook fruits and vegetables because they “have feelings,” pointed out by The Huffington Post.

Geoffrey Nunberg, a linguist at UC Berkeley, wrote in an email that the -arian suffix has many uses (think veterinarian) but that the relevant meaning here is a “true believer in a cult or doctrine,” like unitarian. He says these words are funny because they turn a special liking for something into dogma, noting that they sound “self-mocking, self-inflating, or derisive — or sometimes a little of each, depending on who’s talking.”

Boerboom says this conclusion is common in the academic sphere, but it overlooks the sincerity behind these words: “I think it really, really reduces the complexity of these identities, in that so many people, for so long, have felt that part of their political identity is food-based, but have just lacked the vocabulary to express it.”

The future of diet-based identities

Boerboom says that too many competing identities present the danger of losing political solidarity. “That’s where the sort of ‘true believer’ identity is problematic,” he says. But the trailblazers behind reducetarian, climatarian, and sustainatarian hesitate to pit the movements against one another, even though each has faith in his own darling creation.

“When I started the Reducetarian Foundation, I said we would be successful when reducetarian was in a registered dictionary,” says Kateman. “In a few years, hopefully we’ll see that happen.”

Pershin is similarly optimistic, saying he believes climatarian — named one of the New York Times top 10 food words of 2015 — will become part of the vernacular. “Ultimately, I see a vision of restaurants around the world offering climatarian options,” Pershin says.

Strotbeck admits that sustainatarianism is still a fledgling movement but hopes all three of these movements will band together to influence policy in the years to come. Sustainatarian made it into Urban Dictionary years ago, but it has not yet make a blip on Google Trends:

Boerboom is skeptical: “Most of these identities will remain marginal,” he says. But he’s grateful for these new words because they’re empowering to those who claim them: “People can see their diets as not just something intimate, but as something political and social that impacts other people for better or for ill.”

Food and identity are becoming increasingly intertwined. Perhaps now more than ever, the saying is true: You are what you eat.

*A climatarian, a reducetarian, and a sustainatarian walk into a bar. They each order a special treat: a burger.

“How do you like your beef?” asks the bartender.

“Rare,” says the climatarian. “I only eat red meat once a week.”

Later, the three complain to the bartender. “My burger’s basically raw!” the climatarian says. “And mine tastes like overcooked cardboard,” the reducetarian laments.

The bartender says, “Well, you asked for it! Don’t have a cow.”