Glacier National Park is losing its namesake glaciers and new research shows just how quickly: Over the past 50 years, 39 of the park’s glaciers have shrunk dramatically, some by as much as 85 percent.

Of the 150 glaciers that existed it the park in the late 19th century, only 26 remain.

“The trend is consistent, there’s been no reversal,” Daniel Fagre, the U.S. Geological Survey scientist who led the research, said. 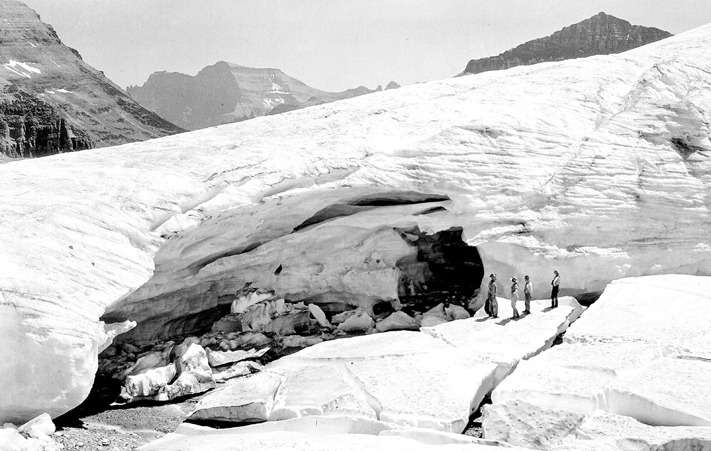 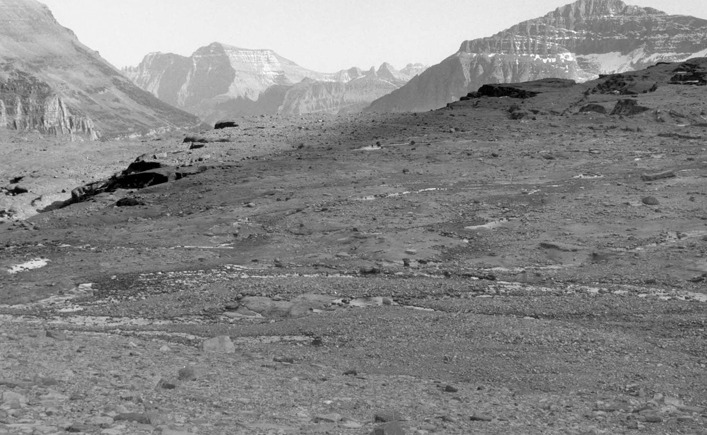 The same spot was bare land in 1988. The ice has shrunk so much that Boulder Glacier is no longer considered active. Jerry De Santo/University of Montana image 642.001

The loss of glaciers potentially affects not just tourism to the park, which hit a record 2.9 million visitors last year, but also local ecosystems that depend on the summer release of glacial meltwater.

The pristine, 1 million–acre park sits along the border with Canada in Montana and has long been a poster child for climate change in U.S. national parks. Side-by-side photo comparisons show in the starkest terms just how far some glaciers have retreated, with some only reduced to small nubs of ice.

The retreat has happened as temperatures in the region have risen by 1.5 degrees F since 1895 as heat-trapping greenhouse gases have continued to accumulate in the atmosphere.

A 2014 study found that it is this human-caused warming that accounts for the bulk of worldwide glacier loss over the past few decades.

The glaciers of Glacier National Park have been particularly vulnerable because overall, they are smaller and don’t extend as high up as in other areas. Because of this and the relatively rapid warming, “we’re sort of on the leading edge of glacier retreat that’s occurring all over the world,” Fagre said.

Fagre and his colleagues used digital maps made from aerial photos and satellite observations to chart the ever-shrinking perimeters of the glaciers, comparing glacier areas in 1966, 1998, 2005, and 2015–2016.

The rates of decline vary from glacier to glacier; some are at relatively higher elevations and shaded by nearby mountains. On average, the glaciers in the park have shrunk by 39 percent since 1966.

How quickly the remaining glaciers might go is hard to predict, as relatively cool years can afford a small reprieve, but hot years can push glaciers already on the brink below the 25-acre threshold used to define a glacier. 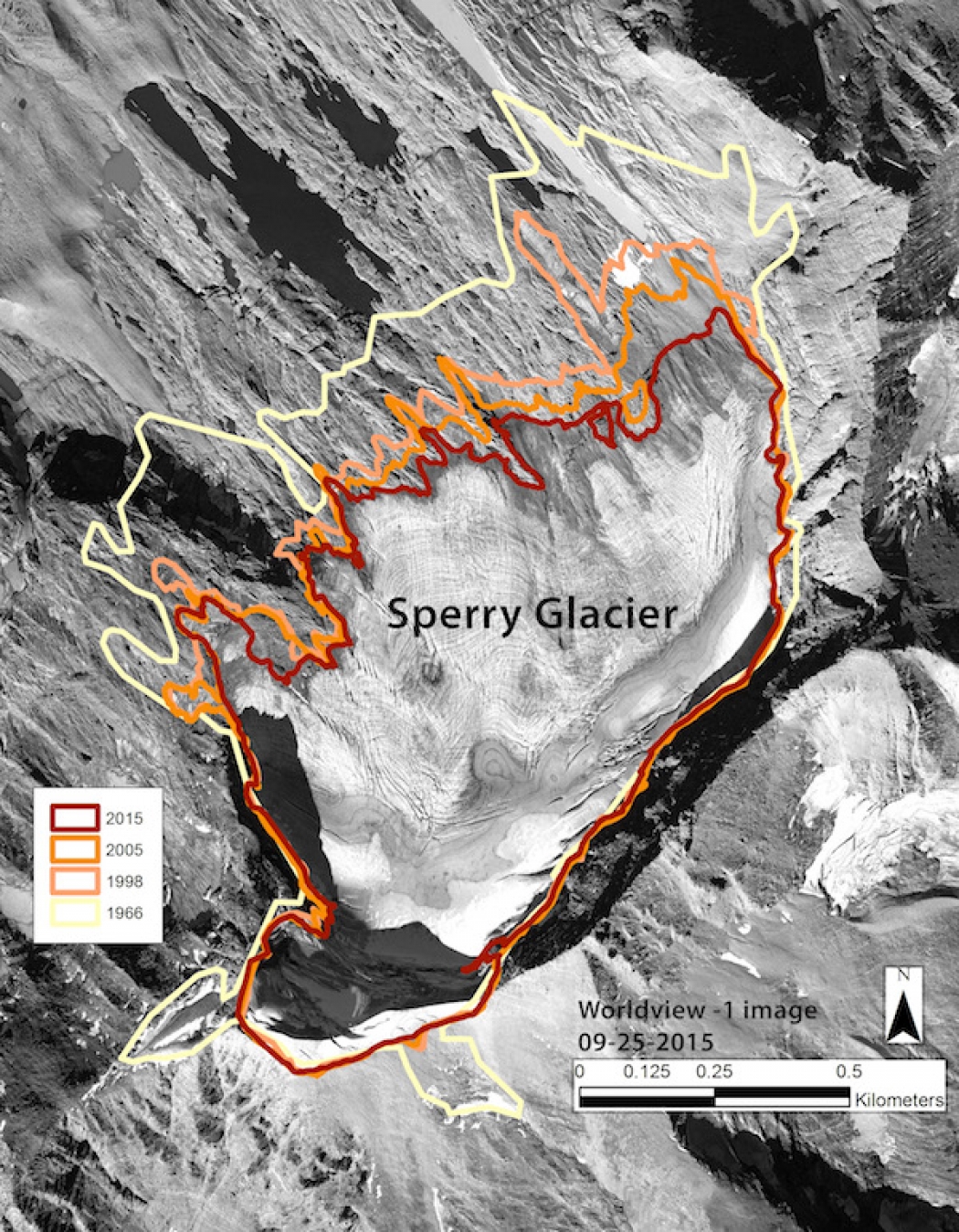 “The most important aspect of this is that the process is only going in one direction,” Fagre said. “They’re all inexorably going to that ultimate fate.”

The newly released data is part of an ongoing USGS effort to monitor glacier change in Montana, Alaska, and Washington.

Understanding how glaciers are changing is important because they play a key role in local ecosystems. Summer meltwater helps top up streams that might otherwise run dry and many species are highly adapted to the cold temperatures of the water, Fagre said.

The subject of national parks and monuments has recently become a contentious one, with the Trump administration recently ordering the Interior Department to review all large national monuments to recommend ways to shrink or abolish them. The order is part of a larger effort by the administration to open up fossil fuel development on federal lands.

During his confirmation hearing, Interior Secretary Ryan Zinke cited his personal observations of the retreat of Glacier National Park’s Grinnell Glacier as evidence that the climate was changing, but he hedged on whether humans were the reason for that change and has advocated for U.S. fossil fuels.

Scientists and advocates have warned, though, that such development will only continue to fuel the warming that is driving Glacier National Park’s glaciers to extinction.