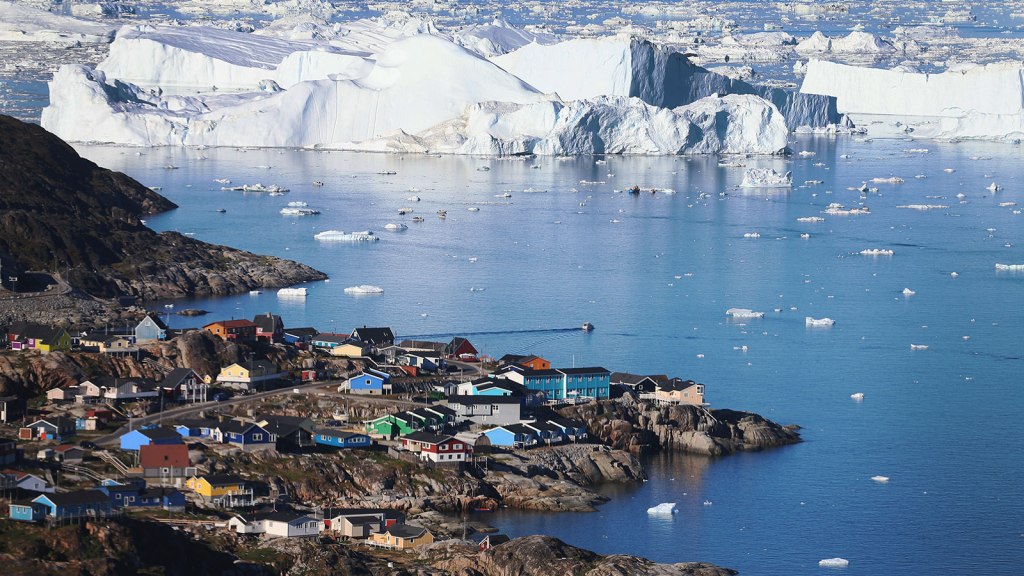 Greenland is sooo hot right now. And we’re not just talking literally (though, yeah, that’s also true). In the last week, the gigantic Arctic island has been the focus of several news stories. Here’s a quick round-up of why Greenland is blowing up your Twitter feed:

Let’s start with the most bizarre story. According to a story from the Wall Street Journal on Thursday, President Donald Trump repeatedly asked his top aides “with varying degrees of seriousness” how he could buy Greenland. Like, literally buy it.

“It has to be an April Fool’s joke,” the island’s former prime minister Lars Lokke Rasmussen tweeted. “Totally out of season.”

FYI Greenland is currently a self-ruling part of Denmark, which controls the region’s foreign and security policy. Still, the president somehow thinks that buying 836,300 square miles of fjord-riddled tundra floating in the middle of the North Atlantic could be feasible since “Denmark was having financial trouble over its assistance to Greenland.”

In case you’re wondering, “Um, why would he do that?” it’s not necessarily because the president is eyeing the island as the next Trump Towers location. After all, 80 percent of Greenland is covered by an ice sheet, and the population is estimated at less than 60,000. But the island is considered to be rich in valuable minerals, which may be easier to access as its vast ice sheets melt.

Of course, there are some major issues with this plan. For one thing, Greenland is not looking for a buyer. In response to Trump’s alleged interest in purchasing the island, officials politely told the president, Thanks, but no thanks.

”We have a good cooperation with [the] USA, and we see it as an expression of greater interest in investing in our country and the possibilities we offer,” the government of Greenland said in a short statement. “Of course, Greenland is not for sale.”

For decades, the Arctic has been galloping toward a more perturbed state butt they seem to have reached a fever pitch this summer. Greenland’s ice sheet just had its biggest daily melt event ever recorded. That resulting rise in sea level is, you know, bad news for all us coastal peeps.

The story received a lot of attention after sobering images of Greenland’s melting glaciers flooded the internet. According to the Associated Press, a team of NASA scientists is flying over Greenland to further understand why this is happening. Greenlanders, on the other hand, have a pretty good idea of what to blame (see next story).

#3: Greenlanders are convinced of climate change

Greenlanders are not snoozing on global warming. According to the first-ever national survey examining the human impact of the climate emergency, dubbed Greenlandic Perspectives on Climate Change, 92 percent of people in Greenland believe climate change is happening.

More than three-quarters of Greenlanders surveyed said they’ve felt the effects of climate change, with many expressing concerns about everything from its impact on sled dogs to food security.