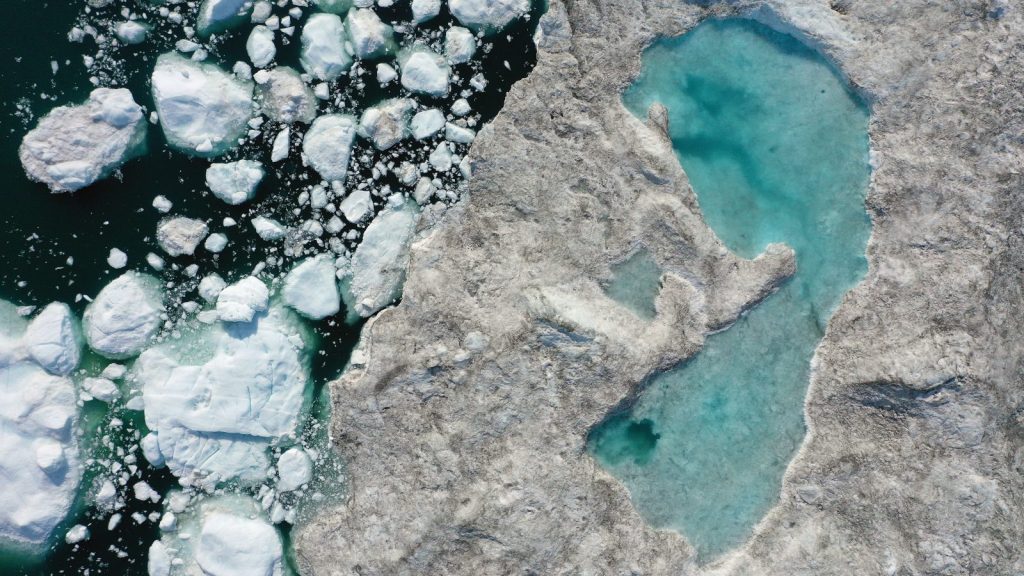 Earlier this month, an ice chunk the size of lower Manhattan broke off Greenland and melted into the sea. That’s not even the most alarming thing that’s happened in Greenland this summer.

Greenland does melt in the summer, but this year it started early: by May, temperatures were already breaking records and sea ice was retreating faster than usual. The country also lost 2 billion tons of ice in a single day in July. And now, the extreme heat wave that was plaguing Europe for the past week has moved up to the icy country. Europe’s major cities (and the people who live there) are finally having a break, and the heat wave is Greenland’s problem now… right? Well it turns out that heat in Greenland is everyone’s problem.

A recent NASA study found that, if warming continues at its current rate, Greenland alone could contribute 63 inches (over 5 feet) to global sea-level rise in the next 200 years — enough to swamp Miami Beach, Atlantic City, New Orleans, and parts of Boston and New York City, to name a few. But, to state the obvious, Greenland ice melt isn’t operating in a vacuum: Arctic sea ice levels are far below average right now, too.

Melting ice contributes to global heating, as well: Ice is light in color, so it reflects sunlight back into outer space. Rock or ocean, which become exposed after ice melts, are darker, so they absorb heat instead of reflecting it. This is why ice melt is a compounding problem — scientists call it a “climate change amplifier.”

More heat records are expected to be broken in Greenland in the coming days.

“Normally when you get a temperature record broken, it’s by a fraction of a degree,” Claire Nullis, a spokesperson for the U.N. World Meteorological Organization, told CNN. “What we saw yesterday was records being broken by two, three, four degrees — it was absolutely incredible.”

See some of the wild footage coming out of Greenland:

The Greenland ice sheet is currently going through a major melting this week, covering almost half its surface — unprecedented in its extent for this early in the year.

This has not happened before. pic.twitter.com/vvh3scodLy

Scientists get dangerously close to a meltwater canyon caused by melting ice in Greenland #Greenland pic.twitter.com/Z94DqiMa0E

The melting of the Greenland ice sheet has accelerated to a terrifying rate, as near-record temperatures undermine one of the most important ice stores on earth. It’s not a far-away problem. Learn more: https://t.co/13IXnaM6vU pic.twitter.com/k8ioYkqVTV

Greenland’s melting ice sheet could generate more sea level rise over the next few centuries than previously thought if greenhouse gas emissions continue to increase, according to a new modeling study. Get more details via @NASAEarth https://t.co/K8EdoGYttA pic.twitter.com/mFAHgZKnQn

A while back we shared an image taken by climate researcher @SteffenMalskaer showing the extent of melting ice in Greenland.