Greta Thunberg: We need a ‘concrete plan’ for climate action, not nice words 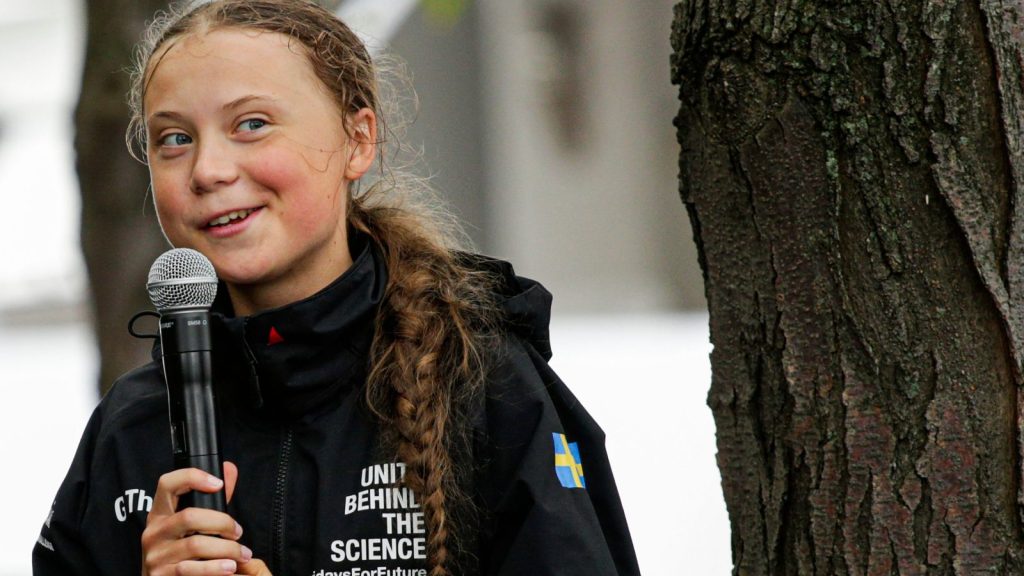 Greta Thunberg: We need a ‘concrete plan’ for climate action, not nice words

Unprecedented pressure exerted by young activists will push world leaders to address the unfolding climate crisis, even with a recalcitrant U.S. under Donald Trump, Greta Thunberg told the Guardian.

Thunberg, the teenager whose school climate strikes have ignited a global youth-led movement, said that her journey to New York on a solar-powered yacht was symbolic of the lengths young people will take to confront the climate crisis.

She said: “It’s insane that a 16-year-old has to cross the Atlantic in order to take a stand, but that’s how it is. It feels like we are at a breaking point. Leaders know that more eyes on them, much more pressure is on them, that they have to do something, they have to come up with some sort of solution. I want a concrete plan, not just nice words.”

Thunberg’s vessel emerged from the mist of an unseasonably drizzly day to be met by a throng of supporters and media at a marina near the southern tip of Manhattan on Wednesday. Her arrival was heralded by a flotilla of 17 sailboats, charted by the U.N., that intercepted her vessel near the Statue of Liberty.

Supporters chanted “welcome Greta” as the Swedish teenager stepped off the yacht, shook some outstretched hands and said that it felt like the ground was shaking beneath her feet.

Thunberg told the Guardian: “It’s so overwhelming. I’ve gone from nothing but me and the ocean to this.”

Despite the adulation from the crowds, Thunberg said she didn’t relish being cast as the global figurehead of the climate movement.

She said: “My role is to be one of many, many activists who are pushing for climate action. I don’t see myself as a leader, or icon, or the face of a movement.”