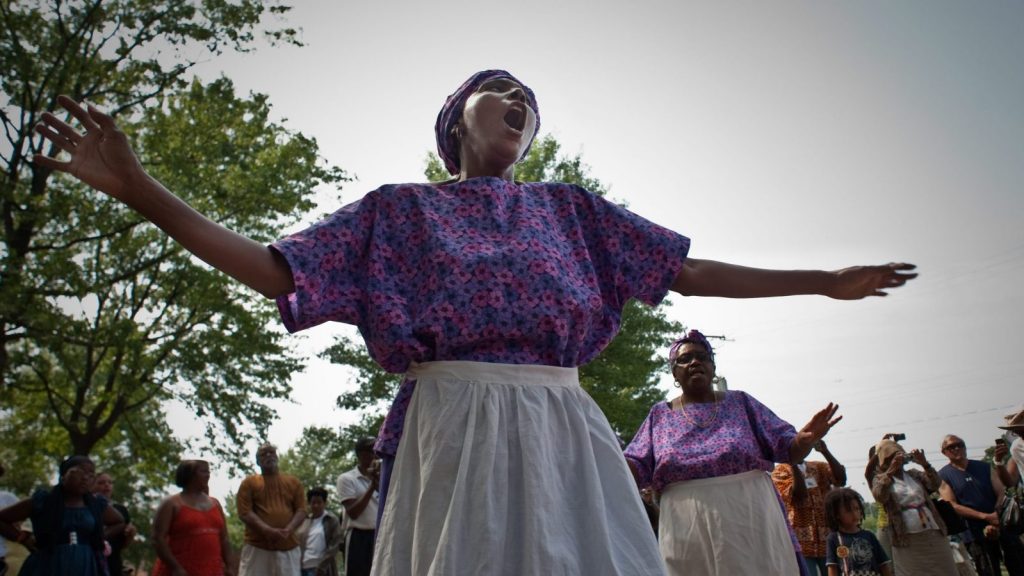 The 2019 hurricane season, which has already seen parts of Texas flooded and the Bahamas devastated, is prompting existential angst for a unique U.S. culture that fears being torn asunder by the climate crisis.

Fiercer storms and the encroaching seas are gnawing away at the Gullah Geechee nation, a distinct cultural group that historically dwelt on a 425-mile stretch of coastline from Jacksonville, North Carolina, to Jacksonville, Florida. Today, the bulk of this community, descendants of African slaves and native Americans, resides only on the low-lying fringes of South Carolina and Georgia.

Hurricane Dorian, which lacerated the Caribbean in early September, uprooted trees and left debris strewn across historic Gullah Geechee sites, according to Queen Quet, the elected chieftess and head of state for the community, which declared its own nationhood in 2000. A destructive recent pattern, marked most severely by Hurricane Matthew in 2016, is taking hold.

“The biggest concern is the massive number of [storms] that are arriving on our coast annually,” said Queen Quet, also known as Marquetta L. Goodwine, who is also a computer scientist and historian. In the English-based creole language used by the Gullah Geechee, she is known as the “head pun de boddee.”

“We are convinced that this is directly linked to climate change dynamics,” she said. “There have never been this many hurricanes and tropical storms in succession. This is causing a major strain on the community being able to recover financially from these.”

A rapidly warming ocean and atmosphere is helping fuel stronger, if not more numerous, hurricanes, climate scientists have found. But periods of drought and rising sea levels are also a major concern for the Gullah Geechee, owing to their precarious perch on a string of tidal and barrier islands called the Sea Islands, previously the site of rice, cotton, and indigo plantations.

“The very existence of the Gullah Geechee nation is threatened by the rapid erosion of our Sea Islands due to the sea-level rise issues brought on by climate change,” said Queen Quet, who has attempted to rouse the U.S. government and the United Nations to the cause of a culture expressed through its arts, basket weaving, and spiritual music, much of it based upon an intrinsic link to the sea.

Because of their geographic isolation, the Gullah Geechee developed a distinct language and culture, stemming from west and central Africa. Beginning in the late 19th century, theirs was a slow-paced life of fishing and mule carts on dirt roads. Dishes were based around okra, rice, and yams. Many of the traditions continue today, with heritage tours helping provide locals with an income as well as cultural preservation. Threats loom, however.

Earlier this year Queen Quet appeared in front of a congressional committee to explain how prized seafood is disappearing as the waters warm. Shellfish are threatened as the ocean acidifies while once-common catfish are vanishing. Her people’s unique culture “will not continue to thrive or survive if we are displaced from the Sea Islands,” Queen Quet warned.

The plight of the Gullah Geechee is echoed in other distinct cultures across the U.S. that find themselves on the frontline of the climate crisis. Often forced onto land vulnerable to drought or flooding by colonial dispossession and a lack of political clout, these communities face an overwhelming threat to their way of life.

“There will be tremendous stories of adaption and change as well as horrifying stories of losing homelands, family, and cultural practices,” said Kyle Whyte, an expert in indigenous environmental issues at Michigan State and a member of the Potawatomi native American people.

“Lots of indigenous cultures place importance upon resilience but that doesn’t mean that climate change risks aren’t a threat. Many are going to have to work very hard to maintain their way of life.”

‘Home is being eaten by the sea’

In Arizona, the Navajo are under pressure from rising temperatures and a dwindling water supply. In Washington state, the Quinault Indian Nation is attempting to relocate the village of Taholah — including its housing, post office, school, daycare, gym and police and fire service — to 200 acres of higher ground due to the threat of riverine flooding.

Further north, Alaska is heating up at twice the global average, causing roads to buckle and houses to subside as permafrost locked in the soils starts to melt.

Native communities, which rely on stable sea ice for subsidence hunting and transportation, are at particular risk, with at least a dozen towns attempting to relocate. One, the small coastal town of Newtok, received $15 million in federal funding last year to start moving houses to safer ground, although the fate of other at-risk towns remains unclear.

The threat to traditional practices has helped spur a legal challenge led by young Alaskans who are suing their state government over the harm caused by the climate crisis.

“Climate change is not just a political issue for me, it’s my lifestyle, it’s what I face every day back at home,” said lead plaintiff Esau Sinnok, an indigenous Alaskan from Shishmaref, a barrier island menaced by coastal erosion. “The one and only place I get to call home is being eaten by the sea.”

Adapting to the changing environment isn’t simple — funding and political will is lacking and minority communities can feel wary dealing with U.S. authorities that have previously wrought dispossession and discrimination.

Splits within communities can also appear. Isle de Jean Charles in Louisiana, populated by the ancestors of the Biloxi-Chitimacha-Choctaw tribe who were forced there after fleeing persecution, has lost 98 percent of its land mass over the past six decades due to coastal erosion, leaving a slender strip of land just two miles long and a quarter-mile wide.

In 2016, residents were the first to be given federal funding to relocate the community to drier ground, although many now don’t want to sever their deeply rooted bonds to the island. “This here can’t be remade someplace,” island resident Chris Brunet told the L.A. Times.

“Cultural practices across the U.S. have already been threatened for many decades and climate change is making things worse,” said Whyte. “These people are often tied to a certain area and don’t have the options to move like other people. They can exercise their culture and self-determination on small areas of land only. Native people certainly didn’t choose to be in this situation.”

“Without the ability to continue our cultural traditions on the land and the sea, we would not be able to continue to live in the healthy, balanced manner that is central to traditional Gullah Geechee culture,” she said.

“You may move to another place, but that does not mean that the environment of that new place will allow your cultural traditions to be sustained. Heartache has killed many people that have been displaced.”