Harvey is changing the way we feed people during disasters 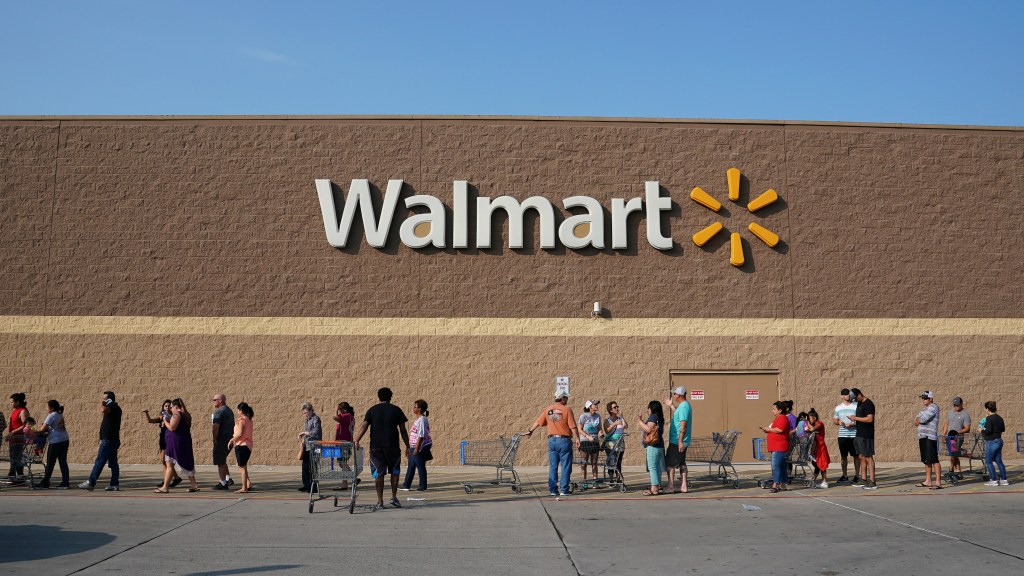 Harvey is changing the way we feed people during disasters

Each hurricane season, Brian Greene calls in reinforcements in the form of tractor-trailers. Long before a particular system is swirling on the horizon, Greene, the president and CEO of the Houston Food Bank, dispatches 40-plus hauls of disaster-relief supplies to local shelters so each outfit will have a stockpile of water, granola bars, and cleaning supplies. The idea is to get out ahead of any storm, and then hunker down. “That’s our normal plan,” Greene says. “And it looked pretty good.” But Tropical Storm Harvey wasn’t normal.

Under normal circumstances, hurricanes don’t hold steady overhead. “They’re not supposed to do that. They go 15 or 20 miles an hour. They hit you and move on and then you assess and then begin the follow-up work,” Greene says. But Harvey continued to assail the city for days, throwing a wrench in the food bank’s plans.

In a normal catastrophe — to the extent that any crisis is normal — “you’ve got maybe a 24-hour period where you’re shut down,” Greene says. In this case, the food bank was snarled for days — not because it had flooded, but because nearby roads had turned to rivers with white-capped waves. With the paved arteries clogged by churning water, supplies had to stay where they were.

On Tuesday, for instance, Celia Cole’s hands were tied. As the CEO of Feeding Texas, Cole was fielding calls from places that had run down their supplies. An assisted-living facility reached out: They were swamped by floodwaters and the patients and staff were out of food. Not even the largest vehicles on hand could make it through the water, Cole says. “It’s awful to say, ‘I’m sorry, I can’t help you.’”

Seven of the 21 food banks in the Feeding Texas network were affected by the storm. By Wednesday, water had begun to recede in some areas, and people began streaming to local food banks and pantries. But the work was just beginning.

The immediate aftermath of a storm is often much-publicized and scored with desperation: Picture cameras panning across grocery stores with bare shelves and glass doors fastened shut against the rain; shivering crowds and interminable lines snaking across a parking lot pitted with puddles. In these tellings, a storm’s consequences are like broken bones — clean, complete, emergent. The Washington Post reported that some stores were looking to turn a quick buck on the trauma, gouging prices on basic necessities like water, which was selling for as much as $8.50 a bottle. But across the food system, the impacts may be more like hairline fractures, partial and enduring.

That’s because the busiest time for disaster relief isn’t while winds are howling and rain is pelting down in sheets, Greene says. It’s after. And that’s also when donations might slow from a stream to a trickle, and when the landscape of need is murkiest.

The problem is, in the past, cities’ resilience plans haven’t considered the food system. That’s starting to change, Erin Biehl, the senior program coordinator in the Johns Hopkins Center for a Livable Future’s Food System Sustainability & Public Health program, told me earlier this month. Biehl is the lead author of a new report that surveys the blueprints various cities have laid out to respond to disasters that could shock all aspects of the food system, from warehouses to packaging facilities and bodegas. Now and for the foreseeable future, Houston will be reckoning with the very conditions Biehl and her collaborators outlined.

One of the primary takeaways from the CLF report is the paramount importance of connected networks. In the wake of disasters, the first major food hurdle is “figuring out who’s got what and who needs what,” says Roni Neff, the director of the CLF’s Food System Sustainability & Public Health research program. Greene experienced that challenge while working at food banks in New Orleans when Katrina swept through. “One of the most frustrating parts was how communication utterly, utterly broke down,” he says. Drenched landlines were unreliable, and cell towers were finicky. “It took weeks before we even found our staff,” Greene adds.

Now, in Houston, the team has outsourced and centralized contact information and plans at the state level, and stored it on the cloud. They leverage extensive communication networks to stay in touch with 600 partner organizations, including churches and community centers. “Everything we do is a collaboration,” Greene says. “Everything.” Feeding Texas also has a disaster coordinator on staff, who works out of the state’s department of emergency management.

In Houston, trucks are arriving from all over the state, and from others, too. “North Texas is already sending aid to shelters and at the conference center in Houston. Those were all part of a very coordinated network and everybody is standing by to respond,” Cole says. Corporations are pitching in to boost supply. Greene says Kellogg’s is dedicating 125 truckloads of cereal to the relief squad.

The Houston Press and Chronicle maintained running lists of restaurants and stores that were creaking open their doors amid the risk of flooding, or mobilizing as hubs of relief efforts. Some served free meals to first responders; others solicited donations of blankets, diapers, baby formula, and single-serving, packaged snacks and ferried them to the George R. Brown Convention Center, which is sheltering residents displaced from their homes.

Many families will have long-term needs, too. The melee delayed the start of the school year — and, by extension, the meals that students would have received in the cafeteria. Submerged businesses may be closed for weeks or months, slashing the paychecks of workers who earn hourly wages. In turn, their food budgets may be precariously slim. “If you’re on the margin and you just lost a quarter of the month’s income, you’re in trouble,” Greene notes. Staring down crumbling walls and blooming mold, it’s hard to decide how to allocate thin resources. People will struggle for a toehold as they repair their lives. “We’re anticipating what’s going to be sort of like a refugee crisis once people are actually able to get out of Houston,” Cole says.

On the policy side, one intervention is a temporary stretching of SNAP benefits. In anticipation of the deluge, the Texas Health and Human Services Commission put in a statewide waiver request on Aug. 26. Through Sept. 30, SNAP benefits can be used toward hot, ready-to-eat food items that are usually exempted from the program. The change may be a lifeline in Galveston. The island city was lashed with more than 22 inches of rain, and 37,371 of its residents received SNAP benefits in 2011. In the event that the food system is still shaken a month from now, a USDA official says the department will consider extending the waiver upon request from the state.

Neff wonders whether some repercussions might be even more wide-ranging. Reports of drowned fields and escaped livestock raised questions about the effects on farmers and the meat industry. With some refineries flooded or otherwise damaged, Neff says, fuel prices might rise, cutting into grocery stores’ margins and perhaps leading to mark-ups for consumers.

That all remains to be seen. The next challenge is scaling up, and doing so accurately. Outside of storm season, the Houston Food Bank moves about 350,000 pounds of food a day, six days a week. That number balloons when the bank springs into crisis mode. After Hurricane Ike struck, the food bank shuttled 500,000 pounds a day. This time around, “we just say, ‘OK, this is a lot bigger. Call it a million,’” Greene says. From there, the food bank has to tinker with its regular operations. How many additional forklifts do they need? How many more trucks?

It’s difficult to anticipate the magnitude of a storm — and what will be required to respond to it — before it’s baring its teeth. From a distance, Greene says, it’s tricky to imagine what damage might follow. Afterward, even from the ground, it’s hard to deduce a precise need from a quick survey of wreckage. “We won’t really know how this will pan out until it’s over,” Greene says.