House Democrats call on the FBI to investigate Scott Pruitt 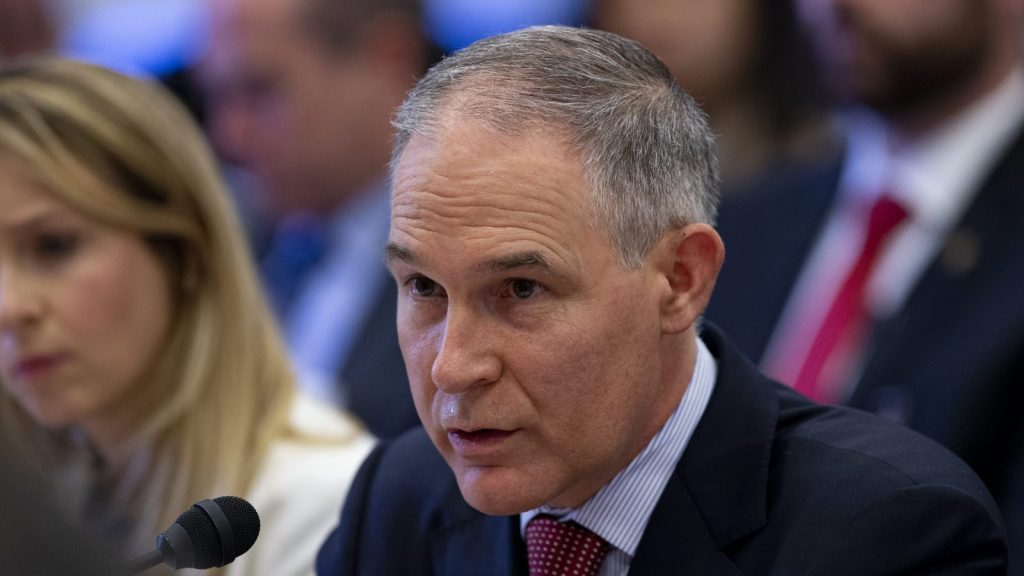 House Democrats call on the FBI to investigate Scott Pruitt

Could a criminal probe be next?

Six House Democrats led by Representative Don Beyer, a Democrat from Virginia, sent a letter on Friday to the FBI and Department of Justice requesting a criminal investigation into Pruitt. “At the very least, we know that federal ethics laws bar public officials from using their position or staff for private gain,” they write in the letter. “Administrator Pruitt has certainly done just that. Further, his actions related to his wife’s employment and the quid-pro-quo condo situation with industry lobbyists may have crossed a line into criminal conduct punishable by fines or even by time in prison.”

The letter cites recent revelations about how Pruitt used his position to find a job for his wife and his staff to obtain a “well below market value” rental in a Capitol Hill townhouse owned by an energy lobbyist. There have been additional stories this week about how Pruitt directed an aide to hunt for a used Trump hotel mattress and his security detail to find him a certain lotion only available at Ritz-Carlton hotels, presumably inspired by the time he spoke to the National Mining Association at the hotel in April of last year.

In May, Pruitt confirmed in a Senate budget hearing that he has set up a legal defense fund to potentially address the expanding number of investigations into his behavior. Although the fund would be useful if he faced a criminal investigation, ethics experts see it as potentially another ethical minefield, because federal law says he cannot accept donations from donors whose business interests involve the EPA.

Read the letter from the House Democrats.