John Culberson, a United State congressman who represents west Houston, has long questioned “the data” on climate change, which scientists say contributes to more intense and frequent storms. When Hurricane Harvey drenched coastal Texas in the summer of 2017, Culberson’s denials didn’t protect him. Harvey flooded many of his constituents’ homes, as well as, according to one of his staffers, parts of the building that houses his district office.

A few months after the storm, Daniel Cohan, an environmental engineering professor at Rice University, penned a Houston Chronicle op-ed asking whether candidates for Congress were “ready to face climate change.” The piece was largely directed at Culberson, who has represented the Texas 7th congressional district, where Cohan lives, since 2001. 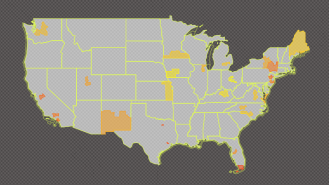 Read about other midterm races where voters are concerned about climate.

Cohan’s op-ed was intended to “debunk the misperceptions of voter apathy on climate.” Sure enough, based on data from The Cook Political Report and Yale’s 2018 Climate Opinion Maps, a lot of people in frequently flooded Houston are worried about global warming. But while the issue played a big role in the Texas 7th’s Democratic primary — the candidate who finished second, Laura Moser, warned that climate change could threaten “the very existence of our city” — it’s unclear how much these concerns will translate into political pressure on Culberson during this year’s midterm elections.

To date, Culberson is still not talking about climate change — even as his lead in the polls dwindles as election day nears. His opponent Lizzie Fletcher isn’t doing much to highlight the topic, either, at least in the general election. In its endorsement of Culberson’s opponent, the Houston Chronicle described Fletcher as a centrist who “backs offshore drilling.”

Nevertheless, environmentalists like Cohan have been working for months to bring the issue of climate change front and center. When he wrote his Chronicle piece, in January, Cohan had just moderated an event in west Houston called the “Houston Climate Forum.” The goal was to get politicians and voters talking about policies to slow global warming. Eight candidates attended, including Fletcher and Beto O’Rourke, the fawned-over Democratic Senate candidate trying to unseat Ted Cruz. More than 10,000 people tuned in online to watch, according to the event’s organizers. 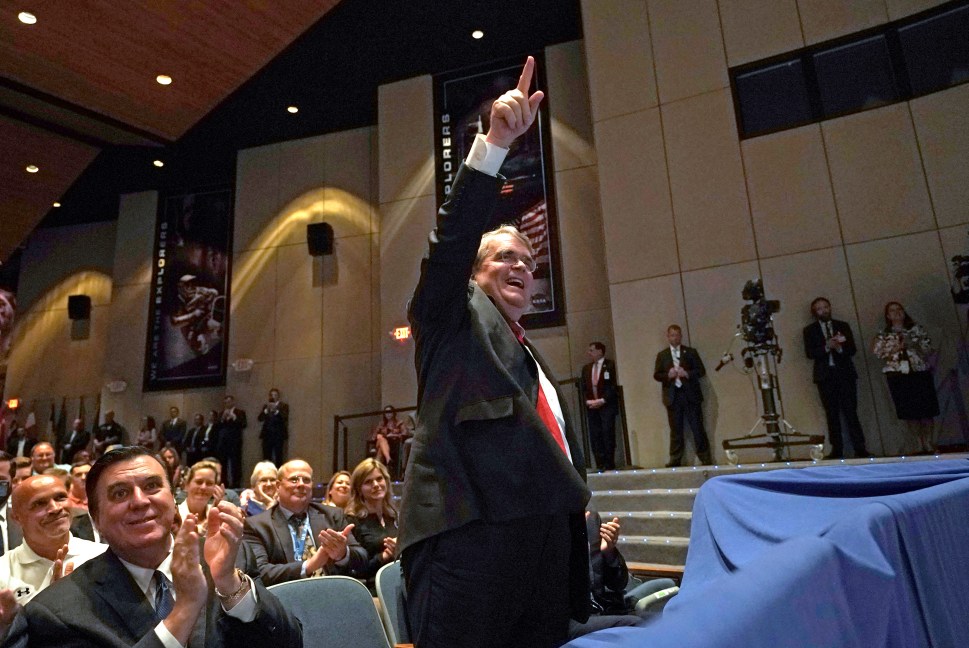 “Candidates [were] trying to one-up each other, showing how strong they would be on climate change,” Cohan recalls.

Alas, no Republican candidates showed up to the forum.

A year after Harvey, climate concerns remain stubbornly on the left side of the political spectrum, at least in Houston. They haven’t become a bipartisan rallying cry like, say, health-care reform. Cohan is still hopeful, but he acknowledges climate change might not play an outsized role in November’s midterm elections — in Houston or beyond. “There have been so many other hot-button issues, from the treatment of immigrants to Trump scandals,” he says.

If warming can’t crash the conversation in a seemingly climate-changed place like Houston, it suggests the issue has much headway to make up nationwide. And if the Texas 7th is a barometer for conservative political will on climate, the fact that Culberson still won’t talk about it means much of the right probably isn’t ready to take action.

According to Mark Jones, a political scientist at Rice University’s Baker Institute for Public Policy, Culberson doesn’t have to talk about climate change because there aren’t enough swing voters in the Texas 7th who care about the issue. Those that do care already know how they’re voting.

“For the people for whom that’s important, they know Lizzie Fletcher is a Democrat and that John Culberson is a Republican,” Jones points out.

The Texas 7th is affluent, well-educated, and largely residential. While the east side of Houston has become infamous for its toxic oil and gas infrastructure, the west side serves as a comparatively clean bedroom community for the countless white-collar energy industry employees who work in the region. It is also generally spared from the worst of the health effects associated with Texas’ petrochemical economy.

“It’s two completely different worlds,” says Rosanne Barone of the two sides of the 7th. She’s a program director at Texas Campaign for the Environment and assessed the impact of pollution across Houston. “The worst offenders are on the east side.”

Still, signs abound that west Houston is becoming increasingly vulnerable to climate change, in the form of freak storms and floods. It has suffered extensive flooding from Harvey and at least two other storms in the past five years. In fact, Rep. Culberson has used last year’s hurricane as a major talking point during his campaign, name-dropping the storm in more than half of his emails to voters this year. 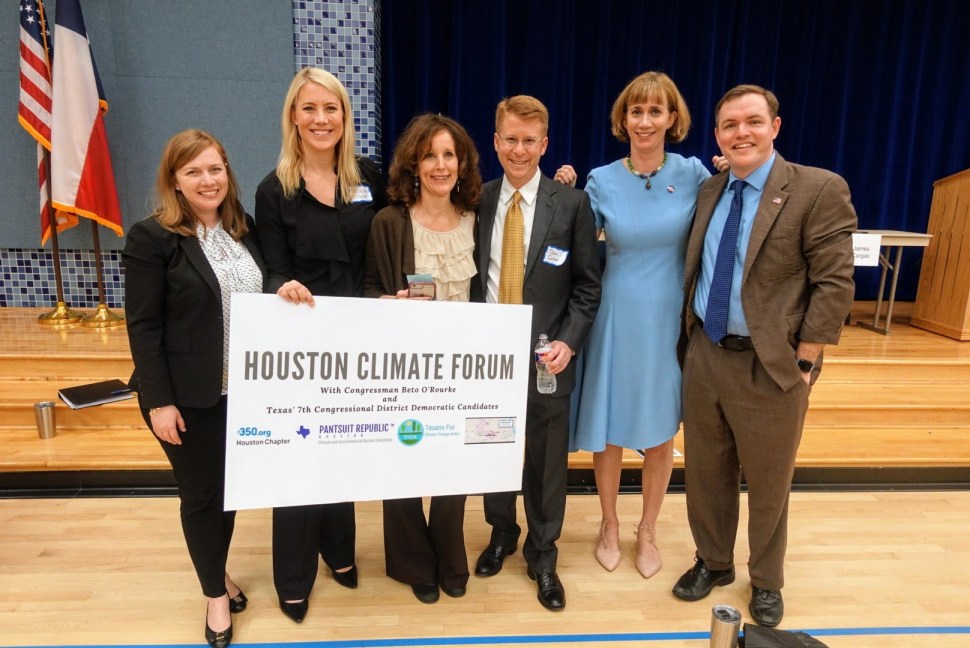 Despite those invocations, Culberson hasn’t budged on the issue of global warming, which many scientists believe will fuel the continual flooding of his district. On his official website, one of the few references to climate change is a 2009 press release questioning the “scientific integrity” of climate data. Culberson’s office didn’t respond to an interview request for this story. (Neither did Fletcher’s campaign.)

“He hasn’t been one of the snowball throwers calling climate change a hoax,” Daniel Cohan says of Culberson. “But he takes a wait-and-see attitude, falsely indicating that the science isn’t clear.”

That’s a problem, according to the Rice professor. The science is clear, he says, and “not something theoretical.” Houstonians regularly witness the effects of climate change, he explains, as they patiently wait for waters to recede from their flooded homes, cars, and roadways.

While Culberson’s unwillingness to discuss climate might be problematic for his specific district, it’s not strange for Republican congressional candidates in 2018. Few GOP members appear to take climate change seriously.

Nationwide polling helps explain why. Self-identified “liberal” voters rank global warming as one of the issues that are most important to them. But its ranking drops off precipitously as you move to the right along the political spectrum, according to a poll conducted by Yale and George Mason University. For the next-most liberal group — “moderate/conservative Democrats” — the issue drops to 16th. It keeps falling among increasingly conservative groups.

The exception may be voters who are still grappling with Harvey, whom Jones notes are “not an insignificant number” and could be swung by talk of climate policy. In a University of Houston survey this summer on the storm’s impact on four south Texas counties, eight percent of respondents said that they were still living in temporary housing. Twenty-two percent of survey respondents said they had to abandon their homes during Harvey, and almost half said their residence had flooded at some point since 2001. People whose homes flooded during Harvey were indeed more likely to say they believed the scientific consensus on climate change — but that was a view shared by more than 60 percent of the overall respondents.

Even then, the polling broke down along “generational and partisan divides,” the study researchers wrote. Just 35 percent of Houston Republicans accepted the science on climate change, compared to 80 percent of Democrats and 60 percent of non-affiliated voters.

“People are so rigid in their partisanship,” says Brandon Rottinghaus, a political science professor at the University of Houston who has studied these trends. “Even in the wake of the most profound storm that the city and region has ever faced, it’s difficult to move people’s perceptions.”

If anything, intense partisanship in the era of Trump might cause Republicans to dig their heels even further on climate policy. In one study, published in April, researchers asked participants about proposals to mitigate warming. Republicans were less likely to support ideas once they learned Democrats also supported them. (Democrats were also less likely to support Republican proposals, but the effect was less dramatic.) 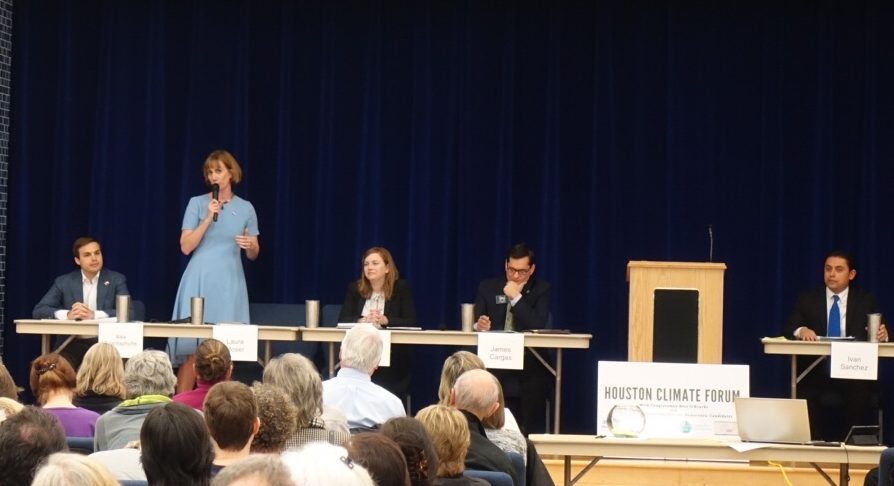 Still, environmentalists say the increasing frequency and severity of floods, storms, and wildfires — not to mention the alarming U.N. climate report released earlier this month — will continue pushing global warming to the center of United States politics. “We’re seeing more and more that people generally do care about climate change and climate policy, and more people associate it with extreme weather,” says Jack Pratt, a senior political director at the Environmental Defense Fund.

Oil and gas is a major industry in Houston, accounting for one-quarter of drilling jobs in the United States, according to recent figures from the U.S. Bureau of Labor Statistics. It’s a factor that some experts point to as a reason why climate-change activism hasn’t gained much traction in the region. But while it can be, as Upton Sinclair famously pointed out, “difficult to get a man to understand something when his salary depends on his not understanding it,” those blinders could eventually fall.

“When you see water coming into your home, the evidence suggests that the storm was more severe,” Cohan says, about the link between climate change and more extreme weather events.

As the effects of warming worsen, it will get harder for Republican politicians to avoid discussing it. And with the U.N. now warning that climate change could destabilize the planet as early as 2030, the real question is whether this shift will happen in time.

Daniel Cohan thinks there’s a growing interest in climate policy on the right. He points to support for the Paris climate accord among GOP voters and the formation of the recent bipartisan Climate Solutions Caucus in the U.S. House of Representatives. (Though Cohan readily concedes the caucus hasn’t put forth any concrete policies since forming in 2016).

For him, even the fact that Culberson isn’t outright denying climate change is a sign of progress. “He’s not running on a platform of standing up for the oil-and-gas industry against climate policy,” Cohan says, “which a Republican could do.”

This map shows the 5 hottest midterm races for climate