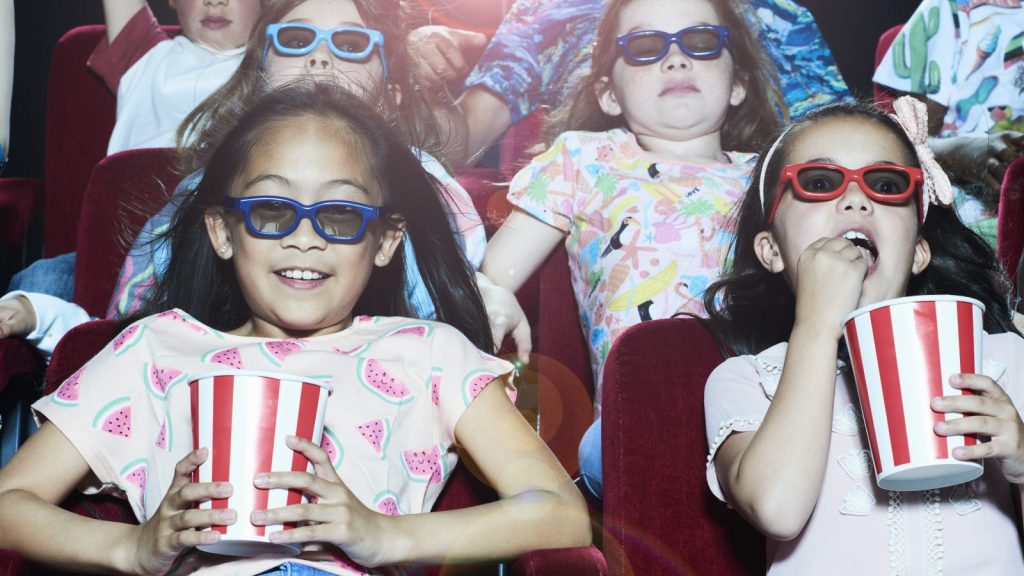 For as long as I’ve reported on climate change, the conventional wisdom has been that my beat makes boring TV. A year ago, MSNBC’s Chris Hayes called it a “palpable ratings killer” as he attempted to explain why networks weren’t doing more.

That conventional wisdom has always been amplified during campaign season, when the networks would pass on any questions during primetime debates because, as Grist reported in 2016, they always thought the audience wasn’t interested. Or the politics were too complex to be compelling. Democrats might agree climate change is a problem, even if they have different ways of highlighting what the problem means for the country and what to do about it. But during the recent debates, less than 10 minutes were spent discussing it. There just isn’t enough potential for conflict.

So what would someone who has nothing to do with covering climate but who makes her living creating hugely successful shows do to turn a climate debate into good television? Who better to talk to than Marti Noxon, who has spent more than two decades as a producer and writer for television hits like Buffy the Vampire Slayer, Angel, UnREAL, and Sharp Objects.

Writing fictional TV characters isn’t exactly like politics or reporting. But I think the reason we say climate makes bad TV is how abstract and unemotional the discussion around it is. Noxon agreed and explained strategies for tugging at those heartstrings, and how she’d redo political television if she were suddenly given the power to be, as she calls it, a “benevolent dictator.”

Q. To kick off, what do you think about how these debates are formatted, the way the dialogue is structured? What could be done differently?

A. First of all, all of it reminds me of the last two seasons of Veep. The last two seasons of Veep are like a documentary-slash-nightmare version of the real world. My daughter and I just binged the whole series, and when we got to the end I thought this is almost too hard to watch. It’s almost exactly what it’s like. The debate is all so obvious in its manipulations. As an entertainment person it makes me cringe because it all looks like what we do for a living.

Q. Could you tell me a bit more about that, what are the similarities between real politicians and characters on television?

A. They have to kind of cast themselves in a role, and they have to play that role to perfection.

Q. How do you make something interesting that might on the surface seem boring to some people? Like, I cover climate change, and have heard people call it boring, or abstract, or that there’s nothing to debate.

A. That just means they have bad writers! A good writer can make anything interesting. If you take a micro issue and do sort of what Trump does—take a micro issue, come up with the most bombastic statement about it, and just keep repeating it—I think that would penetrate.

Q. When you say bombastic, is it—

A. I was listening to a podcast the other day where the scientists said if everyone in the world switched to a milk substitute, we would make a huge dent in what we did for climate change. To me it’s not boring to talk about how much money people can make producing oats and oat milk instead of cow [milk]. There’s got to be a way to talk about that to make it interesting—if farmers invest in oats, they are not only going to make a zillion dollars, they’re also going to save the world. Our American farmers are going to save the world. We have the very best farmers and they’re going to be billionaires.

A. Doesn’t that sound exciting, though? Farmers can save the world, be billionaires, and be the best farmers everywhere.

Q. You say these debates need better writers, who does that mean?

A. The reason that for so many of us comedy like John Oliver is becoming the news is because they’re just better communicators. But the problem is, I’ve been to Washington in groups of writers trying to help impress upon candidates how much they need the help of seasoned writers, actual seasoned, working writers. And then they don’t test it.

The Democrats are terrible at it because they parse everything. I went with a group in Washington to talk about the simple declarative statements that are effective and are emotional. And you know they were like, “We’re coming out with a great thing that’s just like that.” And then they revealed “A Better Deal” or something like that. It was none of the things they thought it was. It was a bad slogan, and it was an incomprehensible plan. It got no traction. And we kind of told them that. They focus group everything and they have to stop.

Q. It sounds like you’re saying fewer talking points and be more natural and off-the-cuff?

Q. So they have a showrunner, or a lead producer who makes all the creative calls. What would you change if you were in charge?

A. I would politely tell all but five of the candidates that we were going fivesies, that the rest of them are done. And they could get mad, but they couldn’t talk to me about it, the decision would be made. I would make them stay on message. That’s what creating a show is: Why are we telling this story? What’s the message of this story? What’s the tone of this story? Then day after day after day you keep people on message. It’s hard. It’s exhausting but everyone has to agree it’s a benevolent dictatorship. Can you imagine a bunch of politicians agreeing?

Q. The challenge is getting everyone to agree. It sounds like a theme is pushing a message here. How does that work for a climate debate?

A. Say you hired me to be a showrunner, and my No.1 priority is climate change, I would look at four or our top five candidates. I say rule of five: Five top talking points, no more than five. After that people get confused and they get bored.

A. You can only retain so much nowadays, so give us five simple statements. Of those five, I try to make three of them covertly about climate change. One would be the impact of global warming on labor. And I would figure out a really snazzy way to say, you’re going to be working harder and longer because of climate change. I would just be sneaky.

Q. You are in the work of storytelling, what is the role personal stories can play?

A. I would talk about the fact that I was just down at Imperial Beach for the weekend with my kids.We entered a sandcastle-building contest, and the beaches eroded so much they had to bring in sand. The locals told me that when they were little, you had to walk about a half mile to get to the water. I think stories like that tell you so much. Do you relate it to childhood, people’s memories, to their own summer vacations? And how those are going to go away.

Q. A lot of the goal in debates is also to get some conflict or fireworks going.

A. It’s really important to TV, but in politics you have to be really careful when you’re talking about a female candidate. It makes me really sad that female candidates have to work so hard not to come across as “unlikable.” In TV we’ve reached a new era where the unlikable female character is being celebrated. So I can write Camille in Sharp Objects as a really, really flawed character and people love her. Or Quinn King on UnREAL. If Constance Zimmer’s Quinn ran for president, she’d probably win. People like conflict in women when they’re fictional, not if they’re real. So it’s tricky, tricky, tricky.

Q. It sounds like some of the advice here is to cut down on the amount of noise and number of people on stage, to get people off their script, and talking points to be more natural. And to take bigger risks, like what you said about being bombastic.

A. There’s two different strategies, and I think you have to alternate between the two. The one strategy is to make it really simple and appealing to do things that will help the climate, and that’s the kind of bombastic approach—best farmers ever. The second is find the story through your own child or your own family life. You find those really emotional stories from your actual childhood, you don’t say, “I know a woman,” you say “me,” “I.” And the second part is to alternate between those stories about the effects of climate change and bombastic statements. You know, alternate between love and tough love.

Q. Sounds like there’s a level of emotional manipulation here.

Q. There’s a lot of debate over how to balance emotions. You know, making people hopeful for change or scared? How do you do both?

A. In television, I write my first draft without thinking about it at all. I just write it, and whatever comes out comes out. I take that first draft, and I work from there, and I get a lot of notes from a lot of different people. Then I sit back and go, what’s the feeling of this? How does it feel? Is it giving me the feeling of hopefulness? Is it enough hope to make you watch it again?

But first I write it without thinking about it at all. You know, Joe Biden gut level. You keep fighting for the version that’s going to resonate with people and make them want to do something, not just sink in a pile of ennui.

Q. Any other advice?

A. It’s the same rule I talk about with what I think my job is. You’re trying to build something that makes empathy. That makes people actually care about something outside of their own concerns. And there are tricks to doing that and it might feel like you’re being manipulative. But the goal is to make people walk away from the thing they watched and go, “Wow that’s a lot harder than I thought it was, maybe I can help.” So that’s what my job is. And I feel like that’s what politicians, if they’re actually in it to help people, should be doing.