How do climate deniers celebrate? By demanding more. 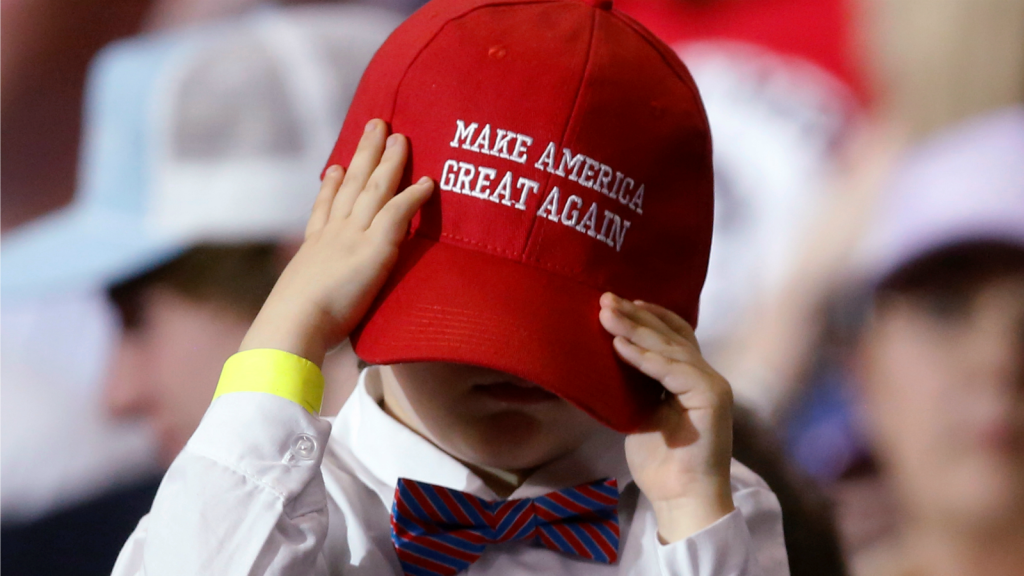 How do climate deniers celebrate? By demanding more.

It was supposed to be “the climate skeptic victory tour,” in the words of one prominent attendee. Last week, hundreds of enthusiastic climate change deniers convened in the Grand Hyatt Washington hotel in Washington, D.C., for the Heartland Institute’s 12th annual conference. Now that one of their own — President Donald Trump — had taken the White House, the conference promised to be a festival of gloating. Marc Morano, the Matt Drudge of climate denialism, told me the political situation has “everyone grinning ear to ear.”

But something was amiss. Though sentiments like Morano’s were common, I also met apprehensive attendees who worry that “swamp creatures” at the Environmental Protection Agency are undermining attempts to hobble the agency. These alleged swamp creatures aren’t just the career staffers who have openly protested Scott Pruitt, the agency’s new administrator. They’re the people whom Pruitt has hired — and even Pruitt himself.

“The relationship has not been a smooth one. And it should be,” said Becky Norton Dunlop, an EPA transition team member and fellow at the conservative Heritage Foundation. “We may need some marriage counseling.”

Dunlop and another transition team member, David Stevenson of the libertarian Caesar Rodney Institute, told me they believe neither Pruitt nor his team has read the extensive policy document the transition team submitted to the agency earlier this year. (Dunlop and Stevenson know members of the EPA beachhead team, a group of temporary political appointees laying the groundwork for Trump’s agenda. A spokesperson for Pruitt did not return my request for comment.)

No one would say exactly what’s in that policy document; every EPA transition team member signed agreements barring them from speaking about their specific recommendations. But in his presentation at the conference, transition leader Myron Ebell hinted that the document includes many of the environmental policy promises Trump made on the campaign trail: pull the U.S. out of the Paris climate agreement, defund international climate programs, withdraw regulations on carbon dioxide and methane emissions, and undo the EPA’s categorization of carbon dioxide as a pollutant.

Steve Milloy, a transition team member and a prominent denier of the scientific consensus that air pollution can cause death, said he had also heard the “rumor” that Pruitt has not read the transition team’s document. “He should have seen it. It’s president-approved,” he said. “These are the marching orders.” Stevenson agreed: “There’s some trepidation, to be honest with you, about whether some of this stuff is going to follow through.”

That trepidation dampened the mood somewhat at the Heartland conference. “I wanted this to be the climate skeptic victory tour,” Milloy said. “But there’s a lot of work that needs to be done. This place is a swamp. Trump is great, and Steve Bannon is great, but then it gets messy.”

The notion that Scott Pruitt is a “swamp creature” is absurd. The former Oklahoma attorney general has sued the EPA more than a dozen times. He’s indicated that wants to repeal many of the environmental regulations President Barack Obama put in place. He recently called the Paris climate agreement, which U.N. scientists consider the last hope to keep global warming in check, “a bad deal.”

It’s true, though, that Pruitt is relatively coy about his climate denial. He has long claimed, falsely, that the debate is “far from settled,” and recently said he doesn’t believe carbon dioxide is the “primary contributor” to global warming. But he hasn’t, for instance, called climate change a “hoax” invented by China.

Meanwhile, the “Woodstock of climate skeptics,” as Morano describes Heartland’s conference, is a place for people who not only deny the scientific fact that humans cause climate change, but consider the science itself to be a conspiracy. To them, the EPA is an inherently corrupt entity — a “jackass factory,” in the words of one audience member — and environmentalism is the “greatest threat to freedom.”

These differing approaches have created drama between Pruitt’s EPA and members of Trump’s transition team. David Schnare, a transition member who stayed at EPA as a temporary political appointee, abruptly stepped down earlier this month over what InsideEPA described as “endless infighting.” Schnare said his resignation was a matter of “integrity” and promised to write a tell-all account in which he would “name names and go into specifics.” According to the Washington Post, Trump also hired a political appointee to keep watch over EPA who annoyed Pruitt so much that the administrator started shutting him out of meetings.

Dunlop chalked up these tensions to differences in style only. “I don’t think it’s necessarily a policy difference,” he said. “Personalities can oftentimes get in the way when people who agree on policy are working together.” But there are clearly substantive differences between what Pruitt wants to do with the EPA and what people like Ebell, the EPA transition leader, are advocating. Ebell wants to immediately dismantle the agency; at the conference, he called Trump’s proposed 31 percent cut to the EPA merely a “good start.” Pruitt seems to favor a more gradual approach. He reportedly opposed Trump’s 31 percent cut, perhaps recognizing that the EPA needs money to repeal regulations.

Pruitt’s stated priorities also seem to be different than those of some transition team members. Pruitt has never once mentioned that he doubts the scientific consensus that air pollution can kill you, while Stevenson considers this consensus “the single biggest piece of science that we need to go back and look at.” Pruitt also has not expressed a desire to undo the EPA’s 2009 determination under the Clean Air Act that greenhouse gases are a threat to human health — a top policy priority for leading climate deniers.

Pruitt isn’t the only cabinet member seen as an impediment to Trump’s anti-environmental policy. Ebell called Secretary of State Rex Tillerson, the former CEO of oil giant ExxonMobil, a “swamp creature” for suggesting that the U.S. should remain a party to its international agreements to fight climate change. Milloy agreed. “The guys at Exxon, they’re kind of believers,” he said. “They’re really alarmists.”

Despite such drama, these are glory days for climate deniers. Mick Mulvaney, Office of Management and Budget director, opposes funding to combat climate change. “We’re not spending money on that anymore,” he said. And Trump is expected to issue a far-reaching executive order on Tuesday to gut Obama’s efforts to fight climate change. While the order reportedly doesn’t include many of the items on Heartland attendees’ wish list, it’s more than they dreamed was possible.

“I know that you guys kind of laugh at us, but we’re winning,” Milloy said. “We’re in the driver’s seat right now. And whoever thought that would happen? I’ve been doing this for 25 years. If you were to tell me that Steve Milloy would have a chance to fix EPA, I would have said you’re crazy.”