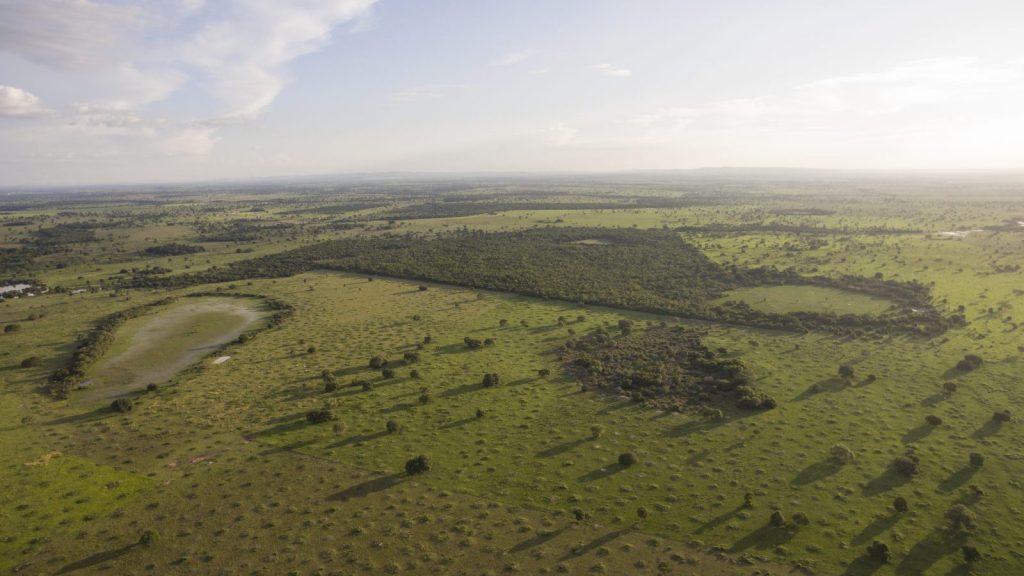 In late May, an open letter appeared on Medium penned by Kat Taylor, an overseer of Harvard’s investment fund. Taylor was resigning her position in protest because portions of the university’s multi-billion-dollar endowment have gone to “land purchases that may not respect indigenous rights” and “water holdings that threaten the human right to water.”

“We should and would be horrified to find out that Harvard investments are actually funding some of the pernicious activities against which our standout academic leadership rails,” she wrote.

A similar letter appeared in 2014, this time written by an international group of leaders from civil society organizations, like the Croatan Institute and the Global Forest Coalition. “Four decades ago, Harvard was in fact a leader in the movement for more responsible institutional investment,” the coalition wrote. “Today Harvard can no longer claim to play such a role.”

Harvard began investing in farmland in the aftermath of the world food price crisis in 2007, which made agricultural land desirable, and the financial crisis in 2008, which increased the appeal of more tangible assets. In the subsequent decade, the Harvard Management Company, as the school’s investment arm is known, has purchased large swaths of farmland in Brazil, South Africa, Russia, the Ukraine, New Zealand, Australia, and the U.S.

The elite university has quietly become one of the largest owners of farmland in the world, according to a new report by GRAIN, an international nonprofit supporting small farmers, and Brazil-based Rede Social de Justiça e Direitos Humanos (Social Network for Justice and Human Rights). The investigation found that Harvard’s estimated 1 billion dollars of investments are often made without due diligence or respect for the people who have lived for generations on the land it acquired.

“This is a really tough document to read about essentially how Harvard has blood on its hands,” says Keisha-Khan Perry, a professor of Africana studies at Brown whose research focuses on black social movements and land rights within the Americas.

The report extensively documents many Harvard-financed land acquisitions that directly led to the devastation of indigenous peoples, the creation of internal refugees, and the destruction of sacred and ecologically important areas. Among numerous examples: Harvard’s investors acquired several South African farms. Post-apartheid land reforms had granted property rights to black workers who once worked the land and their families. After taking over these parcels in 2011, Harvard put in place farm managers who restricted those families’ rights, including for grazing their cattle and accessing family burial sites. The managers also imposed a system of penalties that could result in the expulsion of a family if any of its members disobeyed the restrictions.

Perry notes that the school’s large-scale investments in indigenous land — which she says is part of a broader phenomenon known as “land grabbing” — can contribute to ecological degradation, land conflicts, and even warfare. “It’s almost like investing in gold in Sierra Leone, or oil in Nigeria, or diamonds on South Africa,” she explains.

A Harvard Management Company spokesperson, Patrick McKiernan, pushed back against characterizations like the ones made by Perry and the new report. “Harvard Management Company focuses on environmental, social, and governance matters for all of its investments, to ensure long-term value for both the asset and the communities in which we invest,” he wrote to Grist. “This commitment to responsible investing involves working with relevant constituents, including local authorities, to address any issues that arise during our investment, even if they predate HMC’s involvement.”

Harvard’s most extensive and conflict-ridden land acquisitions have occurred in Brazil. The university acquired nearly 300,000 hectares of land in the Cerrado, the world’s most biodiverse savannah that’s home to 80 different indigenous ethnicities. The area has become a “new frontier,” as the report notes, for soy, sugarcane, and large-scale monoculture commodities — which makes it a safe investment.

The investigation documents what happened in Baixão Fechado, one village that was impacted by these investments. Activities on two farms Harvard acquired have resulted in mass deforestation and the diversion of water used by the local community for agricultural irrigation. “[Residents say] the large amounts of water the farms use for irrigation, have badly affected their access to water which was previously plentiful and of good quality,” the report notes. “The situation has become so bad that the village has had to start bringing in water by trucks.”

Further, pesticides used on the Harvard-owned land have also contributed to health problems, the contamination of fishing grounds, and the destruction of crops, all of which disrupted the local community’s “way of life,” according to Perry.

In the northeastern part of the Cerrado, there’s a widespread practice of falsifying property titles to legitimize the occupation of public lands — a form of land grabbing. As the report explains, the lands are fenced to give the appearance of a farm and the fraudulent titles are then sold to companies often connected to foreign investors. The report notes that Harvard channeled funds through three different business groups in this region and acquired land from a Brazilian businessman well-known for this scheme.

It’s this deliberate or neglectful disregard of the region’s sociopolitical context and history that Rede Social de Justiça e Direitos Humanos’ Maria Mendonca, one of the authors of the report, finds highly troubling.

“Any casual look into what’s happening in that part of Brazil should have set off alarm bells,” she explains. “If they just looked into the historical records of these land areas, they would have been able to see that there are existing land conflicts, and they should have stayed away from that.”

“That’s not what they’re doing,” Mendonca says. “They fence the area, they displace people, and then they pollute the water, the soil, the land.”

Institutions are actually attracted to Brazil in part because of the country’s history of violent land grabs, says Madeleine Fairbairn, a professor at the University of California, Santa Cruz, who studies agriculture systems and land rights. That’s because Brazil’s land is concentrated among relatively few owners so institutional investors can acquire large swaths of property with very few transactions, she says

Even so, Fairbairn notes, that’s no excuse for not performing due diligence on investments. “Unfortunately, many investors fail to ask the difficult questions about how the previous owner came to control such a great big expanse of Brazilian savannah in the first place,” she explains. By naming subsidiaries that Harvard Management Company used to acquire farms, as well as tracking where the properties were located, Fairbairn says GRAIN and Rede Social de Justiça e Direitos Humanos are “pulling back the veil that shields institutional investors from public scrutiny.”

It’s not only Harvard and other universities that are invested in this farmland. Professors and other employees are passive participants, as well: Their retirement plans are often managed by the Teachers Insurance and Annuity Association. The association, as the reports shows, acquired more farmland than any other pension fund. “We cannot continue to say that we do not know where our money is being invested,” says Perry, the professor at Brown, a university that has a $3.5 billion endowment. “At some point, as faculty, as the report urged, we need to figure out how to make a case for divestment.”

In her resignation letter, Kat Taylor — the former overseer of Harvard’s investment fund — says she made that same case for years, but her “soft power approach” failed to move the needle. Left with no other recourse, she felt that resigning publicly was the only card she could play — a last-ditch effort to get Harvard to rid itself of these controversial investments. (The decision was largely a symbolic gesture, given that her six-year term was to conclude the next day.)

“For Harvard to continue to profit from activities that might and likely do accelerate us toward climate disaster, enslave millions to unfair labor practices, or proliferate more and more weapons in society that threaten especially young lives is unconscionable,” she wrote. “I fervently hope that all of you will demand accountable financial transactions on behalf of us all as I have tried to do.”