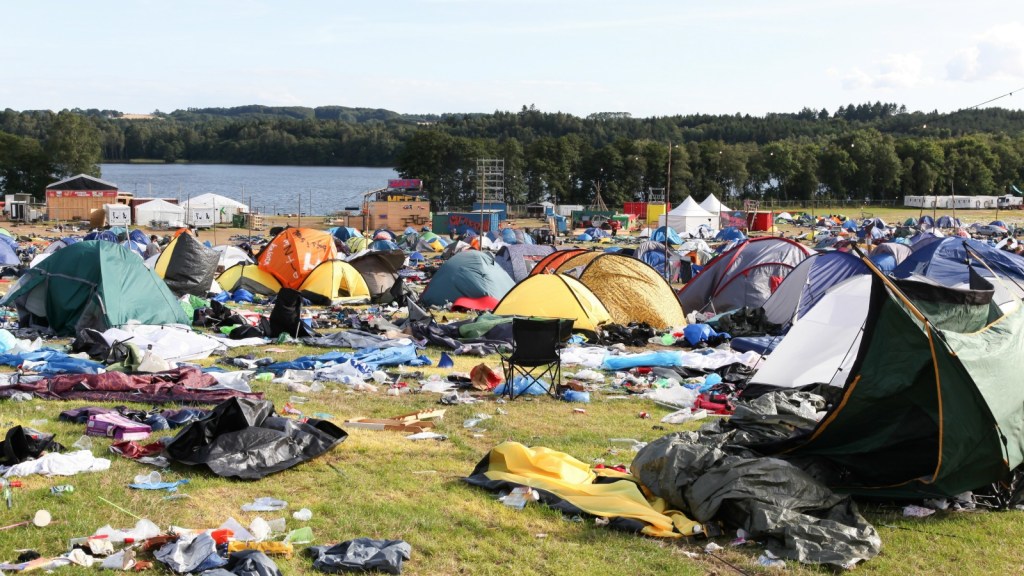 The moon will pass in front of the sun on Aug. 21, cutting a swath of shadow across the country and blocking our nearest star for about two minutes in the middle of the day. Millions of Americans are traveling just to stand in the passing darkness.

The problem is, all those humans (as many as 7 million by one estimate) could do a lot of damage. The official eclipse website compares the event to “20 Woodstock festivals occurring simultaneously across the nation,” which sounds rambunctious indeed. Max Yasger’s farm took more than a month to clean up.

So here are some tips for making your Great American Eclipse as low-impact and environmentally friendly as possible.

Watch out for cars

As small towns prepare for a once-in-a-lifetime level of crowding, the potential for real emergency is high. Traffic jams are predicted for Charleston, South Carolina, and Salem, Oregon, which could make it harder for emergency services to respond to accidents in the hours surrounding the solar eclipse. Plus, hours of inhaling all those exhaust fumes take a toll on your health.

Taking a plane, train, or automobile? Looks like it’s time to research some carbon offset plans. If not, consider giving yourself and the planet a break by taking a bike or bus to your viewing site.

It’s wildfire season in the West, which means popular eclipse viewing sites in Oregon — where as many as a million visitors are headed — could be near an active blaze. Multiple wildfires are burning in the state.

Officials expect small fires from eclipse enthusiasts, whether from careless campers or from cars pulling over into tall, dry grass at the edge of the road. The long, wet winter has given way to a hot, dry summer, which means conditions are prime for wildfire. Even a few small fires could get out of control quickly, and evacuation routes will be clogged with tourist traffic.

All of this means officials have placed the risk of a major wildfire emergency at “moderate to high.” One fire scientist wrote: “In short, I fear a disaster; an eclipse apocalypse. I really hope I’m wrong.”

Yikes. You should check wildfire conditions near you before you head to your viewing site. And if you’re camping out for the eclipse, abide by any fire bans and make sure to put out all fires completely. For more information, the Oregon Department of Transportation has a complete guide on how to avoid starting a fire here.

With so many eclipse chasers flocking to small towns and campgrounds along the eclipse route, a lot of garbage will be left behind. Residents of Jackson Hole, Wyoming, are already calling for volunteers to help tidy up. Some towns are putting trash cans and port-a-potties near major access routes, but even these emergency facilities are sure to be overwhelmed. Pro tip: Take your trash with you; bonus points for separating out the recyclables. Basically, don’t make a mess wherever you are. You know, just like any other day.

Of course, the lowest-impact way to watch the solar eclipse is from afar. Even though only 14 states will experience the total eclipse of the sun, all of the lower 48 will see some degree of partial eclipse. So pick up some eclipse glasses (even more important if you’re not in the path of totality) and go stand outside on Monday.

NASA will also live-stream the entire event from multiple space crafts and weather balloons, ensuring you get a prime view, minus the traffic jams and carbon emissions. Just pretend you planned it this way all along.