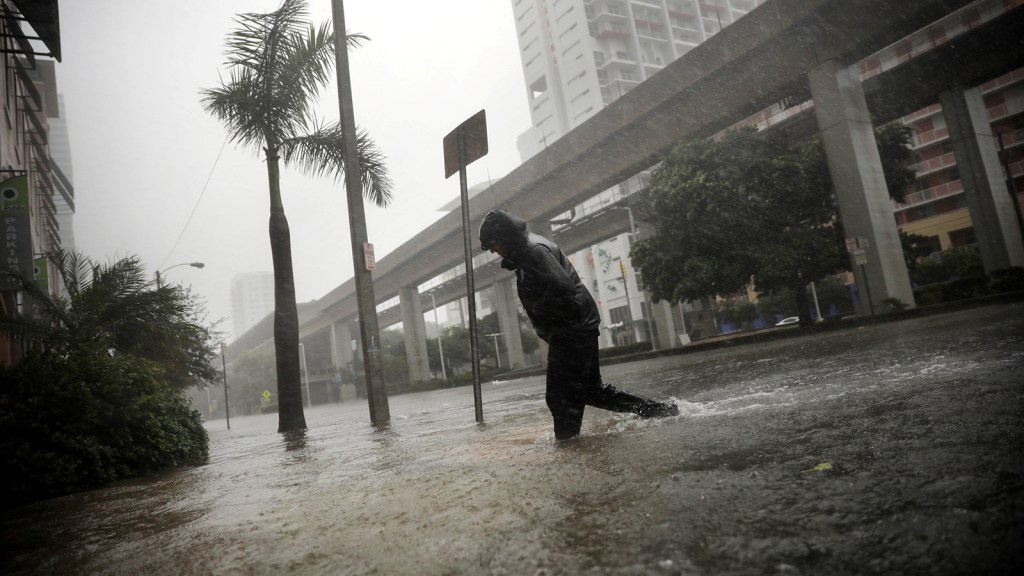 One of the strongest storms ever to touch U.S. soil arrived on Sunday morning, crossing near Key West as a Category 4 hurricane. With sustained winds of 130 mph, a storm surge as high as 15 feet, and waves an additional 30 feet on top of that, Irma is expected to lash nearly the entire state for at least 24 hours.

The storm is so huge that tropical storm watches extend as far inland as Atlanta. As of midday Sunday, it yielded around 80 terajoules of energy, more than the atomic bomb dropped on Hiroshima.

The biggest worry for meteorologists is Irma’s immense coastal flooding potential, which could perfectly align to create a worst-case scenario for Gulf Coast cities like Naples, Ft. Myers, and Tampa. Nearly 7 million people have fled the path of the storm, the largest mass evacuation in U.S. history.

Meanwhile, photos of complete devastation continue to pour in from the Caribbean. On the island of St. Thomas, in the U.S. Virgin Islands, forests were flattened and twisted into mangled messes. In the Bahamas, Irma’s offshore winds were so strong on one beach that they pushed the ocean completely out of sight. Barbuda was so ravaged that the normally lush island appeared brown from space.

And if you’re wondering, climate change is a huge part of the story here. Since 2010, seas have risen in Florida at one of the fastest rates anywhere in the world.