Hurricane Maria was so much worse than we thought 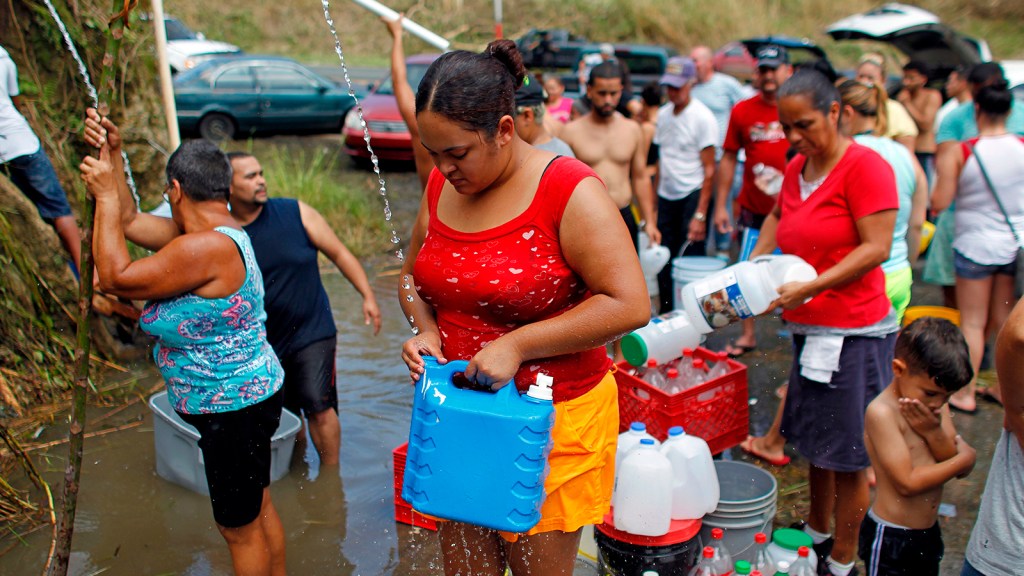 Hurricane Maria was so much worse than we thought

People in Puerto Rico have endured the devastation left behind by Hurricane Maria since the storm hit 8 months ago, with many still struggling to get clean water and medical care. Now there’s evidence that the death toll from Maria and its aftermath has been far worse than previously thought

An independent analysis from public health experts at Harvard University estimates that 5,740 people likely died as a result of Hurricane Maria — 90 times higher than the official government estimate of 64 dead. The new estimate, published on Tuesday in the New England Journal of Medicine, would make Maria the deadliest U.S. natural disaster in more than a century — more than twice as deadly as Hurricane Katrina.

The enormous distance between the new estimate and the government’s official count can be blamed on the persistence of horrific living conditions and government neglect following the hurricane. The new study was based on a household survey conducted in the weeks and months following the storm. The storm’s winds and floods account for just 10 percent of Maria’s total deaths, according to the study — most of the dead perished from lack of medical care long after the water receded.

As a storm, Maria achieved a lot of “worsts”. It was one of the strongest hurricanes ever to make landfall in the United States. It caused the largest blackout in U.S. history and the second largest in world history. The loss of power meant many Puerto Ricans had to struggle for basic necessities — the storm shuttered hospitals and restricted access to fresh food and clean water for millions of people. In some cases, people resorted to drinking water from streams contaminated with toxic waste and raw sewage — simply because there was no other option. The result was one of the worst humanitarian crises in U.S. history.

“Interruption of medical care was the primary cause of sustained high mortality rates in the months after the hurricane,” wrote the study’s authors. Hundreds of thousands of people have left the island since the storm, one of the largest mass migrations in recent U.S. history — a possible preview of the kinds of shocks that might occur more frequently as climate change supercharges storms.

These conditions have been widely reported for months, but the federal government’s response has yet to match the scale of the challenge — leading to preventable deaths. The results of the new study “underscore the inattention of the U.S. government to the frail infrastructure of Puerto Rico,” according to its authors.

On his only visit to post-storm Puerto Rico back in October, President Donald Trump praised his administration’s response, saying that Puerto Ricans should be “proud” that the death toll wasn’t as large as “a real catastrophe like Katrina.”

The new study means that Maria is now the deadliest hurricane since 1900 in the United States, when a hurricane killed 8,000 people in Galveston, Texas. Hurricane Katrina’s official death toll was 1,833 people, though follow-up surveys conducted in the years following the 2005 storm showed that hundreds more likely died. There have been previous efforts at estimating the true scale of Maria’s death toll, but the Harvard survey is the most comprehensive so far. The truth is, we’ll probably never know exactly how many people died because of Hurricane Maria.

In a series of tweets in Spanish and English, San Juan Mayor Carmen Yulín Cruz, responded to the study’s findings. “It took too long to understand the need for an appropriate response was NOT about politics but about saving lives,” she wrote. “Now will the government believe it?”

Cruz has repeatedly called for more assistance for hurricane victims, but has been criticized directly by Trump for “poor leadership.”

The Harvard survey may still be an underestimate, in part because “mortality rates stayed high” through December, when its data collection process ended. Tens of thousands of people are still without clean water and electricity, according to the government’s latest numbers. By all accounts, the humanitarian crisis started by Hurricane Maria continues. It’s going on right now. And, more storms are on the way: a new hurricane season starts on Friday.

It’s a safe assumption that people are still dying because of a storm that hit in late September, last year.