Maria has plunged Puerto Rico into a humanitarian emergency 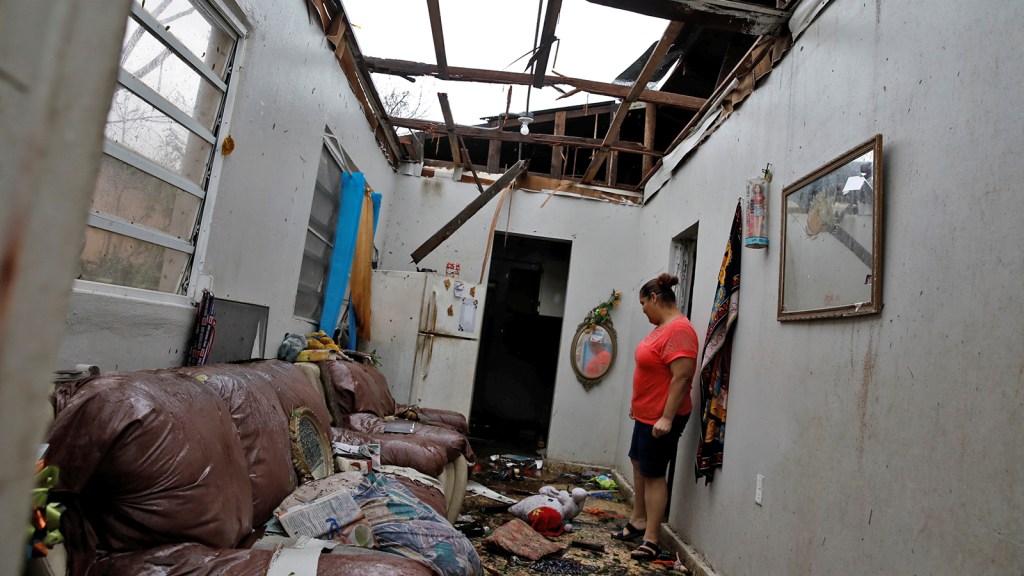 Maria has plunged Puerto Rico into a humanitarian emergency

The rain and winds may be over, but Maria’s impact on Puerto Rico is only just beginning.

Officials warn it may take up to six months to fully restore power. In some communities, 90 percent of homes and businesses have suffered “complete” damage. To make matters worse, more than 40 percent of Puerto Rico’s 3.5 million residents live below the poverty line, making the uphill climb to recovery even more steep.

All indications are that Hurricane Maria has inflicted one of the most extreme and catastrophic weather events in American history. If the aid response is not swift, the situation in Puerto Rico has all the makings of a major humanitarian crisis.

“There’s a humanitarian emergency here in Puerto Rico,” Ricardo Rossello, the territory’s governor, said. “This is an event without precedent.”

For now, the grim reality is that many Puerto Ricans are on their own. Over the coming days and weeks, first responders will fan out across the island. But many residents will likely begin their recoveries on their own. And if they sustain seemingly minor injuries while doing so, those could go without proper treatment. The sweltering tropical weather could enhance heat-related illnesses. In addition to removing a lifeline for critical-care patients, like those on dialysis, the lack of electricity also means that banks and ATMs will remain closed until further notice — making it more difficult for people to get the resources they need. Supplies of fresh food may start to dwindle.

But perhaps the biggest impact on human health in Puerto Rico will be the lack of clean water. On Twitter, climate scientist Peter Gleick urged the U.S. government to dispatch an aircraft carrier to Puerto Rico. The primary purpose: Not as a landing strip for bringing in supplies, but for its ability to purify massive amounts of water.

After the 2010 earthquake in Haiti, the nuclear-powered USS Carl Vinson was able to produce 100,000 gallons of clean water per day near the capital Port-au-Prince. In addition to supplying fresh water by whatever means necessary, Gleick says a massive public education campaign should begin immediately focused on preserving human health, particularly on water and sanitation.

“Everything else is secondary,” Gleick told Grist in an interview.

U.N. peacekeepers who came to aid in Haiti’s recovery ended up jumpstarting a cholera epidemic that killed more than 10,000 people. Puerto Rico has had just a single case of cholera since the mid-1800s, but other water-related illnesses, like dysentery, could become a major problem.

Initial estimates of damage to the island exceed $30 billion. That’s roughly one-third of Puerto Rico’s annual economic output — making Maria the rough equivalent of a $500-billion disaster in New York City or a $700-billion disaster in California. With the Puerto Rican government already saddled with more than $70 billion in debt, help is going to have to come from outside the island.

Puerto Rico, partly because of its unique relationship as a United States territory, faces a long and complicated recovery. The United Nations, which does not typically support recovery efforts in developed countries, has not yet issued an appeal for aid. The U.S. federal government should pick up most of the tab through grants from the Federal Emergency Management Agency, which Congress will have to approve. So far, Maria’s impact in Puerto Rico has received only a fraction of the news coverage as Harvey’s landfall in Texas and Irma’s in Florida. That could potentially weaken public support for a multibillion-dollar aid package.

A lingering crisis could motivate a mass exodus to the U.S. mainland. But relocation is expensive, and those without the means to move could risk being left behind to shoulder an even bigger burden by themselves.